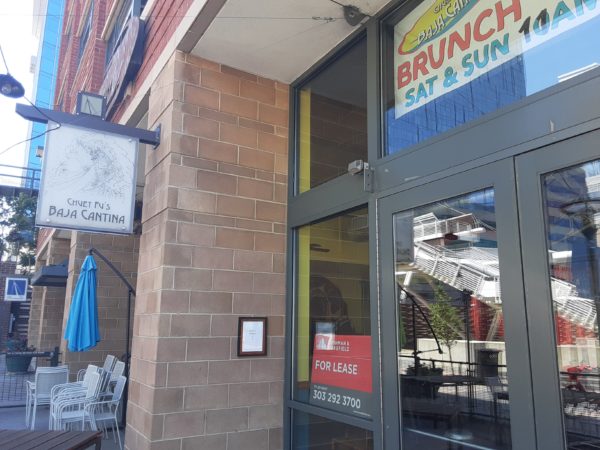 Chuey Fu’s Baja Cantina has permanently closed at 2100 16th St., at the base of the Millennium Bridge. (Thomas Gounley)

Riverfront Park has lost a restaurant.

Chuey Fu’s Baja Cantina won’t reopen at 2100 16th St., in a corner unit at the base of the Millennium Bridge.

Chuey’s owner Joe Knoblich confirmed the closure Tuesday, and said “the handwriting was on the wall” even before the pandemic arrived.

“It was a tough spot in general,” he said of the location. “We tried switching the menu around and doing other things.”

Chuey Fu’s still has two brick-and-mortar locations. It’s operated at 1131 Santa Fe Drive in Denver since 2016 and 2950 S. Broadway in Englewood since 2017. Dubbed Chuey Fu’s Latin-Asian Grub, both locations dish up items that blend Asian and Mexican flavors, such as pho burritos and Korean beef tacos.

The Riverfront Park’s slightly different name reflected the fact that its offerings were less fusion cuisine, but rather “geared more toward your stereotypical tacos,” Knoblich said in 2018.

The Riverfront Park location, which opened in August 2018, had been closed since the city prohibited dine-in service back in March. The other two locations stayed open for takeout and delivery.

Knoblich started Chuey Fu’s in 2013 as a food truck, which still runs. He said Tuesday that he’s adding a second truck, which in addition to dishing up the usual fare will hopefully act as a test kitchen for dishes that could get promoted to the restaurants.

Riverfront Park has been a tough market for restaurants to crack. BusinessDen reported earlier this month that convenience store chain Kum & Go is taking over the former Wayward space along Little Raven Street. And Ink Coffee’s former space on the opposite corner is being turned into a dental office.

“It’s a turnkey restaurant,” Bray said. “But the landlord is definitely open to alternative uses.” 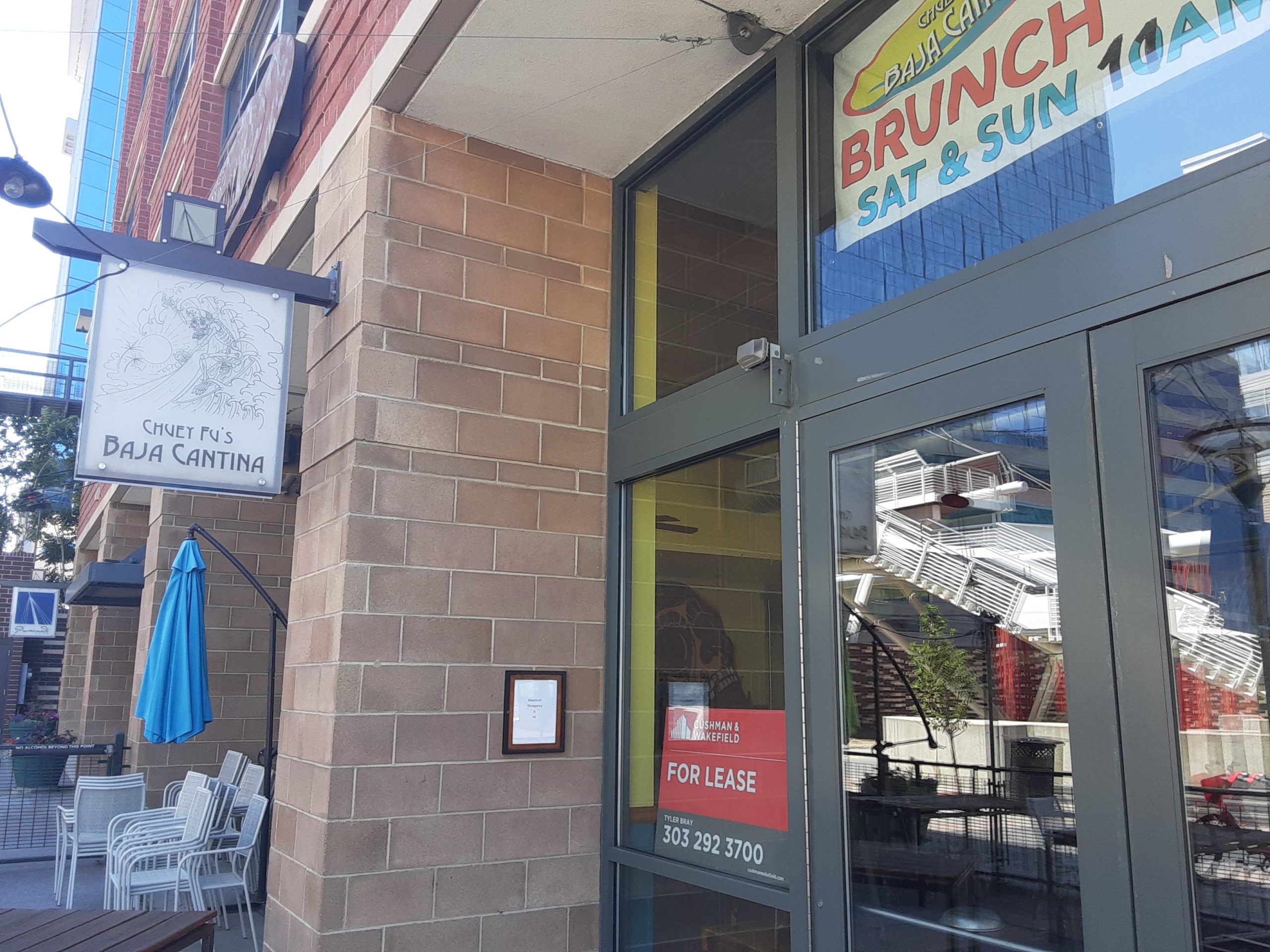 Chuey Fu’s Baja Cantina has permanently closed at 2100 16th St., at the base of the Millennium Bridge. (Thomas Gounley)

The brand still has locations in Englewood and along Santa Fe Drive.