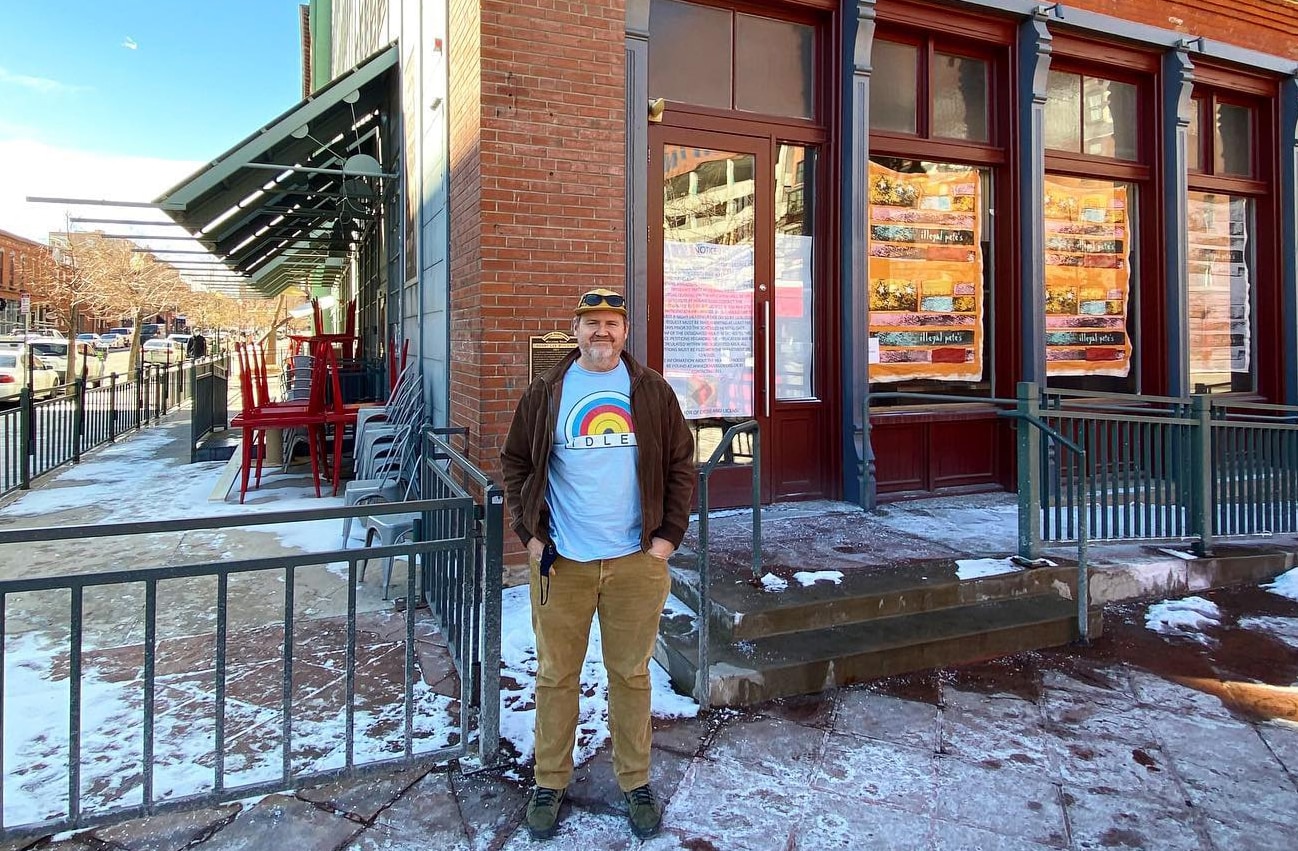 Illegal Pete’s plans to open two locations along the Front Range this year and begin work on a long-planned restaurant along West Colfax in Denver that founder Pete Turner said will be the chain’s “flagship.”

The moves come as Turner, who has led the regional burrito chain since founding it in 1995, said he is preparing to name a CEO.

“After 27 years, I’ve decided to bring someone on to take advantage of the opportunities we have and bring in skills I don’t have,” Turner said.

Turner, 50, said he will become acting president of the company and still be involved in leadership decisions.

The new executive will come in during a period of growth for Illegal Pete’s, which currently has 10 locations along the Front Range and two in Arizona.

In June, the company will open its first Colorado Springs location in 5,500 square feet downtown at 32 S. Tejon St.

And this past December, Turner signed a 10-year lease for 3,000 square feet at 10009 W. 26th St. in Wheat Ridge in the Gold’s Marketplace retail center. The new location, which Turner hopes to have up and running in the fall, will be located above Live Slow Brewing, Colorado’s first combination brewery and bowling alley, which plans to open this summer.

“We’ve been looking for new locations informally in the Wheat Ridge area before and after COVID, and this just seemed like the perfect opportunity, considering the growing neighborhood and the other tenants the firms have put together,” Turner told BusinessDen. 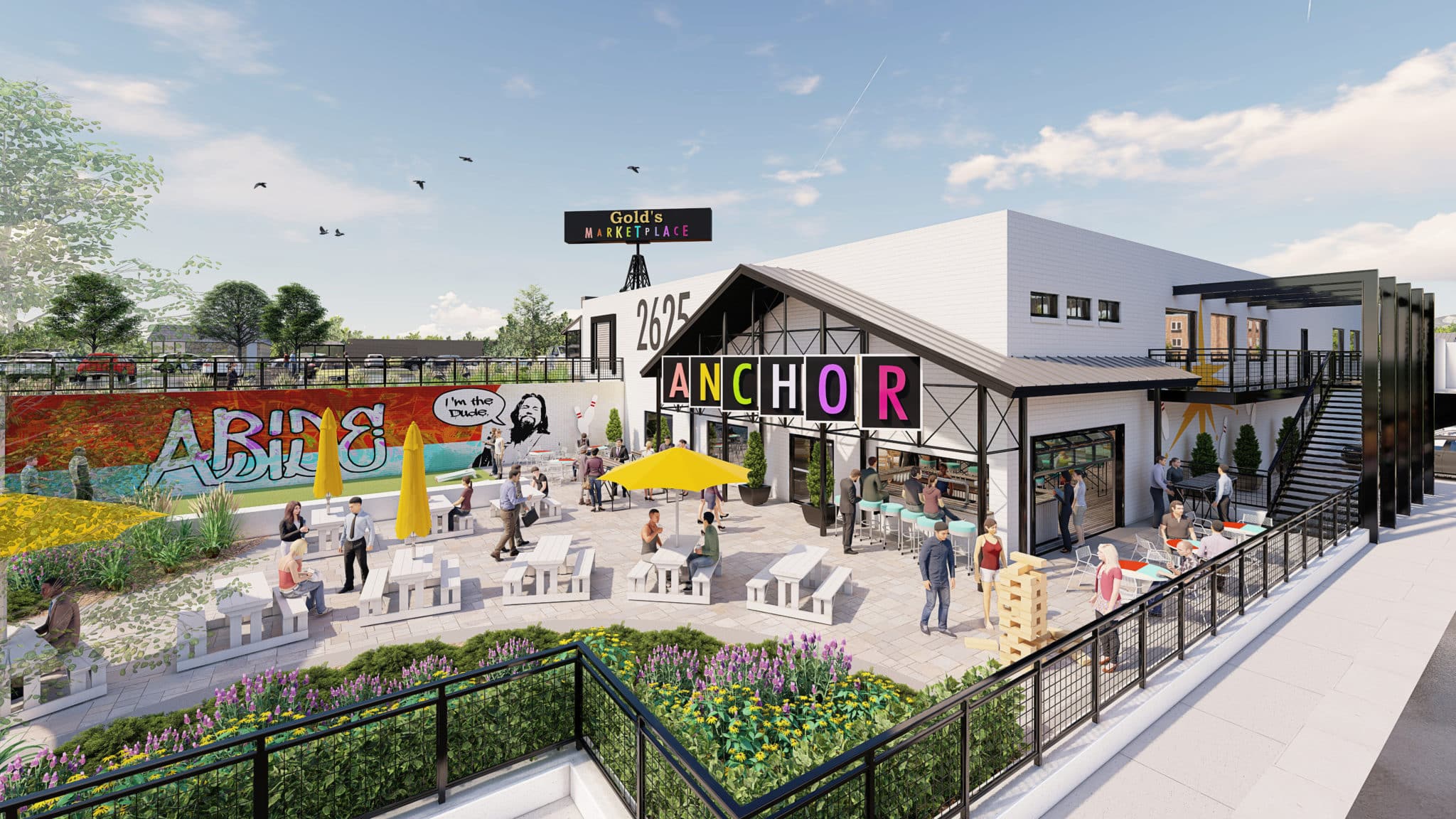 A rendering of Gold’s Marketplace, where Turner signed a 10-year lease. (BusinessDen file)

Gold’s Marketplace is owned by Denver-based real estate firm Quannah Partners, which purchased the shopping center in February 2020 for $4.5 million and embarked on renovations.

In addition to Live Slow, Illegal Pete’s will be joining eight other local tenants, including Berkeley Park Running Co.,  Esters Neighborhood Pub and Queen City Collective Coffee. There are three more available retail spaces, including a 4,500-square-foot former bar and live music venue, which are being marketed by JLL’s Sam Zaitz, Jeff Feldman and Lorenzo Harris.

“We’re looking for restaurants, retailers and tenants that make this little shopping center a destination, and I think Illegal Pete’s complements this 1960s feeling,” Bobby Ghiselli, a partner with Quannah Partners, told BusinessDen. “It’s not the best looking real estate in the world. But it definitely has a throwback feel to it, which is kind of what Illegal Pete’s is all about.”

Turner said he initially passed on the Gold’s Marketplace when it was first presented to him.

“Then I heard about it from Paul (Sullivan) and Emily (Brown), the owners of Esters Neighborhood Pub, who are our neighbors in Park Hill,” Turner said. “I really respect what they do and wanted to join them, so I reached back out to the firms to ask about their availability.”

Turner plans to invest around $1 million into the build-out of the core-and-shell space. He wants to take advantage of the east-facing view the property has of Crown Hill Park with a patio and large windows. 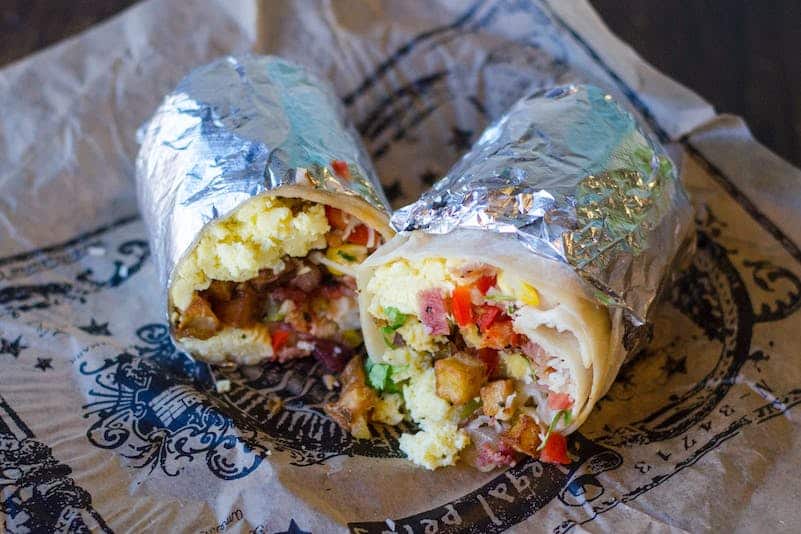 Besides Colorado Springs and Wheat Ridge, Illegal Pete’s finally plans to make moves this year on a location at 4455 W. Colfax Ave., which has been in the works since at least early 2019.

Turner said the pandemic gave him a chance to rethink his plans for the property. Originally, the company planned to reuse the existing structure on the site, formerly home to staffing agency Ready Temporary Services. Now, however, he’s planning to demolish it, likely this fall.

“I want this to be the Pete’s of the future,” he said.

The West Colfax development will be 3,500 square feet. Turner hopes to incorporate some sustainable finishes, such as solar panels, a compost and trash system and eliminating the need for gas.

“This gives us more time to be creative and have the opportunity to think about every little detail from the ground up,” Turner said.

Correction: This story has been updated to clarify ownership of the Gold’s Marketplace project.

Founder Pete Turner, who has run the regional burrito chain since 1995, is also getting ready to name a CEO.