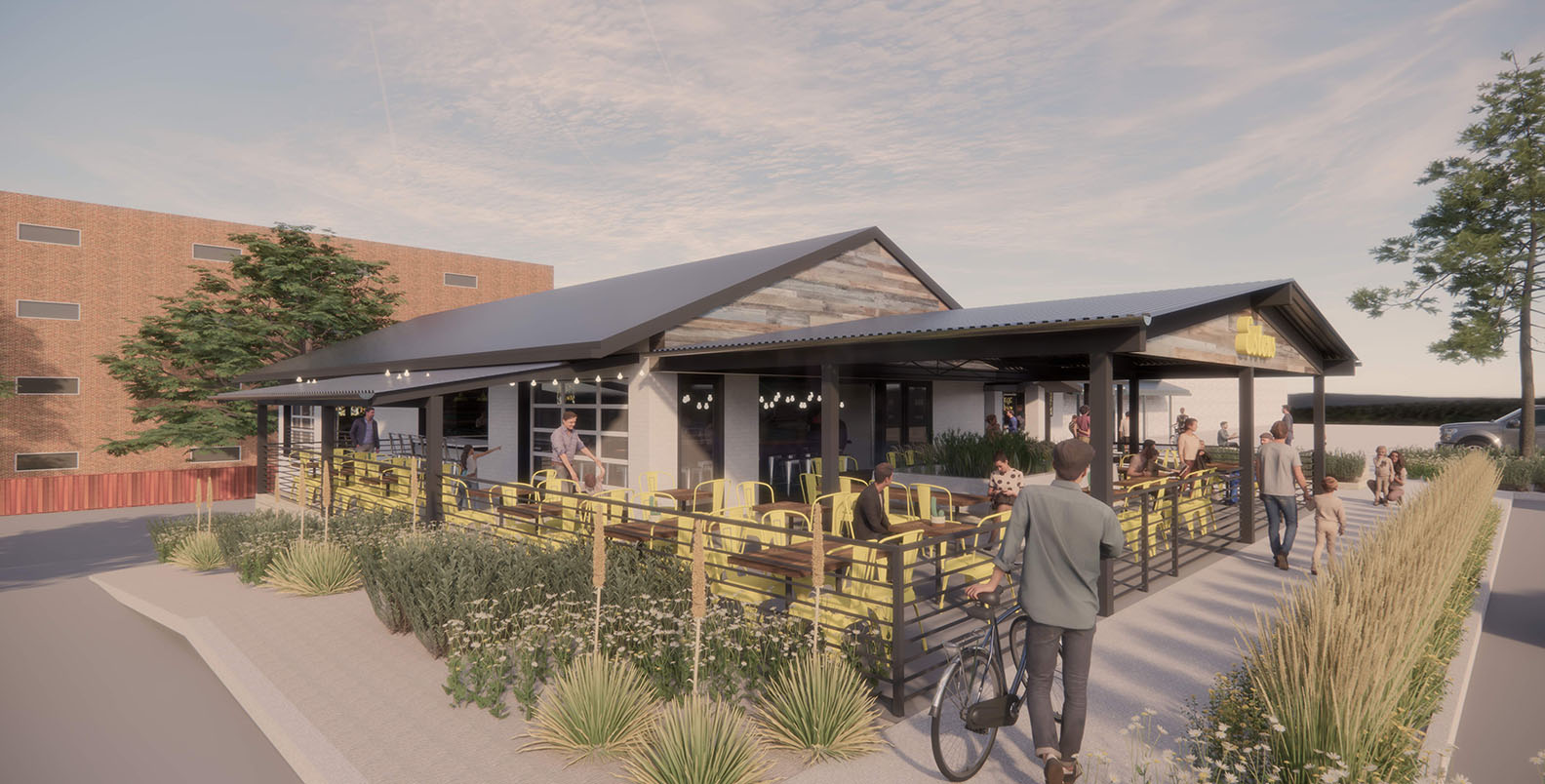 Denver restaurateurs Paul Sullivan and Emily Brown want to give families in Wheat Ridge a night off from cooking.

The husband-and-wife duo plan to open a third location in the spring of 2022 of their family-friendly restaurant, Esters Neighborhood Pub, within Gold’s Marketplace, a newly renovated 59,000-square-foot shopping center at the corner of 26th Avenue and Kipling Street.

“When we first saw Gold’s Marketplace, we fell in love with the neighborhood. There’s a lot of young families with schools,” Sullivan said. “It had everything we look for, and that’s the niche we go for.”

“We also loved the building itself,” he added. “It’s been in the neighborhood for 60 years, and we liked that the landlords weren’t going to rip it down and were instead keeping it as is and making it beautiful again. Both of our other restaurants are in rehabbed buildings.” 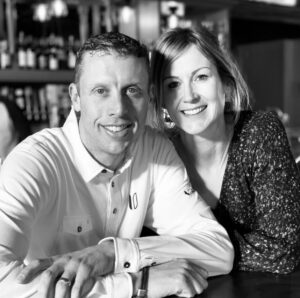 Paul Sullivan and Emily Brown opened Esters Neighborhood Pub in Virginia Village in 2015 after they struggled to find a local family-friendly restaurant. (Courtesy of Paul Sullivan)

The firms renamed the center Gold’s Marketplace, after the former Gold’s Corner Grocery that operated there for nearly 30 years. They have been reconstructing the building’s facade, as well as putting in a new parking lot, new sidewalks and outdoor seating areas. Renovations are wrapping up this month.

Sullivan and Brown signed a lease this month for a 4,700-square-foot space at 10151 W. 26th Ave. Davies’ Chuck Wagon Diner currently operates there, but plans to move out at the end of July.

Sullivan and Brown have hired Denver-based Roth Sheppard Architects and Englewood-based Williams Construction to design and build the space, both of which worked on the other Esters locations. They plan to begin construction in October.

Esters Neighborhood Pub, which opened its first spot in Virginia Village in 2015 and second in Park Hill in 2018, offers a selection of pizza, salad and sandwich options, as well as children’s specials and more than 20 rotating craft beer taps, most of which are from Colorado.

Prior to starting Esters, Sullivan spent 14 years in the beer industry, and Brown was a commercial interior designer. Living in the Virginia Village neighborhood, they struggled to find an easy spot to take their kids for dinner.

“We were looking for a place to bring our kids to enjoy a nice meal, nothing fancy, but somewhere we felt accepted, my wife could find a good salad, and I could watch the game with a good beer,” Sullivan said. “That’s what Esters caters to.”

Esters is named after aromas created by the esters in beer, which have a fruity flavor. The restaurant hosts kids’ nights, where children eat free, with balloon artists on Mondays in Park Hill and Tuesdays in Virginia Village.

Esters Neighborhood Pub, which already has restaurants in Virginia Village and Park Hill, is expected to open next spring in Gold’s Marketplace.