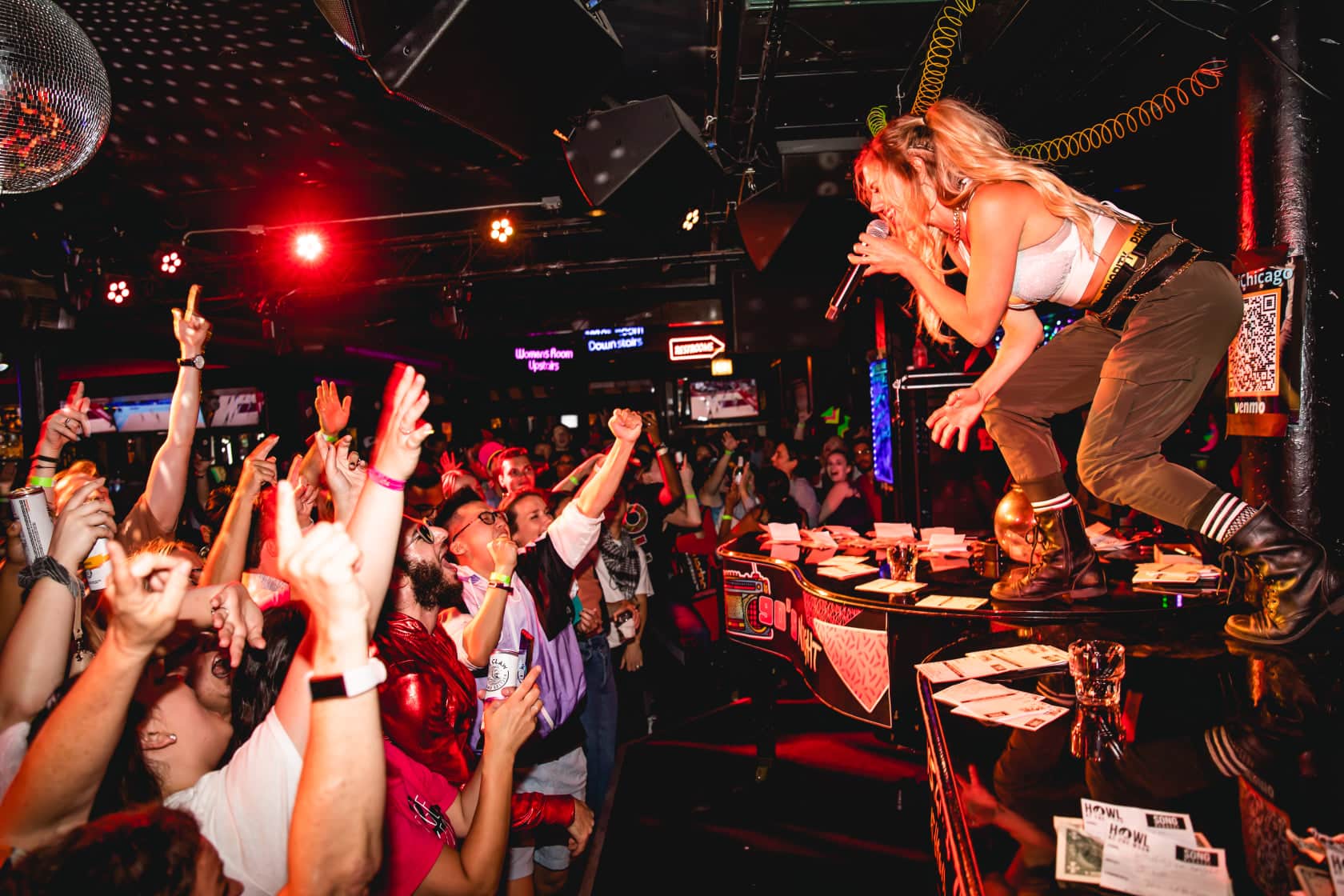 Howl at the Moon is set to emerge from a brief hibernation.

The Chicago-based piano bar chain plans to reopen its Denver branch this fall at a new location: 2100 Larimer St. in the Ballpark neighborhood.

Howl at the Moon debuted in Denver in 2012. But it closed in its previous basement space at 1735 19th St. across the street from Coors Field when the pandemic shutdown began in March 2020, and never reopened.

“When they were doing the construction on McGregor Square, it was really hard to operate, which was our first issue,” said Howl at the Moon President Bradd O’Brien. “And we were doing OK before COVID, but I feel like our sales in that particular location for the market of Denver were underperforming in my opinion.” 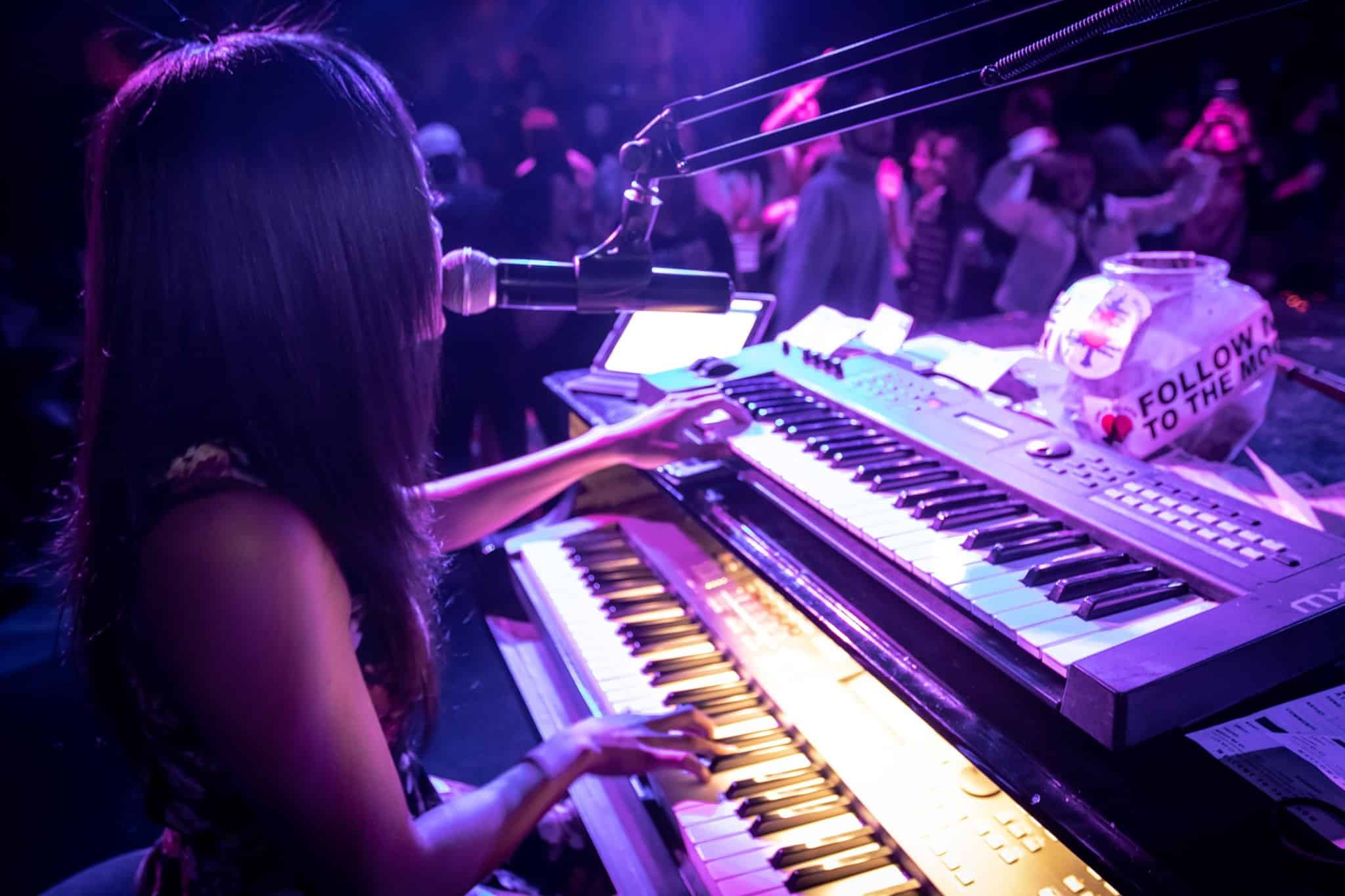 Howl at the Moon has six on-staff musicians and the piano bar has two dueling pianos.

He added, “We were down in the basement and in an area that was pretty much only activated when baseball games were going on. So we were kind of on an island there, whereas Larimer Street has all kinds of activity and different forms of night life,” O’Brien added. “We like to be in areas where people have different choices of night life. You’re not going to be at Howl at the Moon for seven hours.”

The Union Pacific building, where Howl at the Moon previously operated, sold in December for $25.5 million. Howl’s previous 6,500-square-foot space is set to become Lost & Found, a high-end cocktail lounge.

The building that Howl at the Moon will move into is being renovated by Kenneth Monfort and Daniel Huml, of Monfort Cos. and Magnetic Capital. The partners purchased the 11,600-square-foot building, which previously housed dive bar El Charrito, for $2.9 million in 2019.

Monfort and Huml told BusinessDen they have been waiting to begin renovations on the building, which include restoring the historical facade, raising the main floor to accommodate the basement and adding a third story and expansive outdoor terrace, until they signed a primary retail tenant. 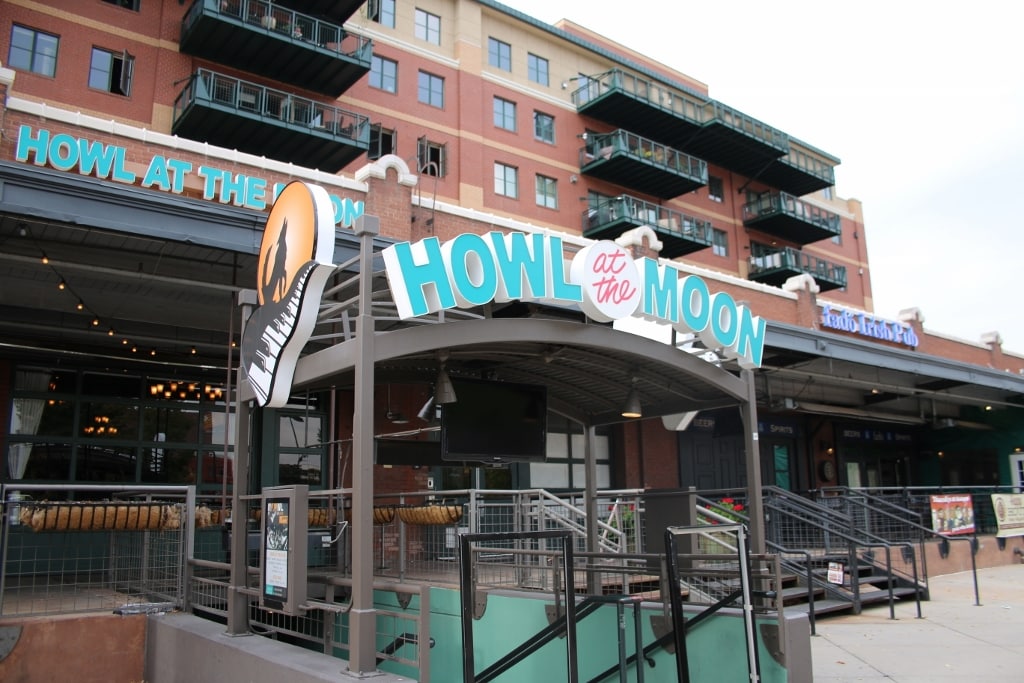 Howl at the Moon’s previous location in the Union Pacific Building was in the basement.

With Howl committed, construction will begin “soon,” depending on permits, Monfort and Huml said. The building’s second and third floor office space is still available for lease.

“Howl at the Moon is a proven operator with a proven product in Denver,” Monfort said. “Obviously, they were in different location for a number of years and did well. So the relocation just bolsters the current offering by putting it in a better, more prominent location.”

“Generally, this neighborhood has seen a lot of momentum with Dairy Block, McGregor Square and Whiskey Row,” he added. “The neighborhood, which is the entertainment district for Denver, has steadily graduated over the years. And this is part of it, making improvements to historical buildings to allow this neighborhood to compete on a national stage.”

Howl at the Moon signed a 10-year lease for its 5,000-square-foot ground level space and 3,500-square-foot basement space on Larimer Street at the end of December. Kelly Greene with Legend Partners represented the company in the deal. 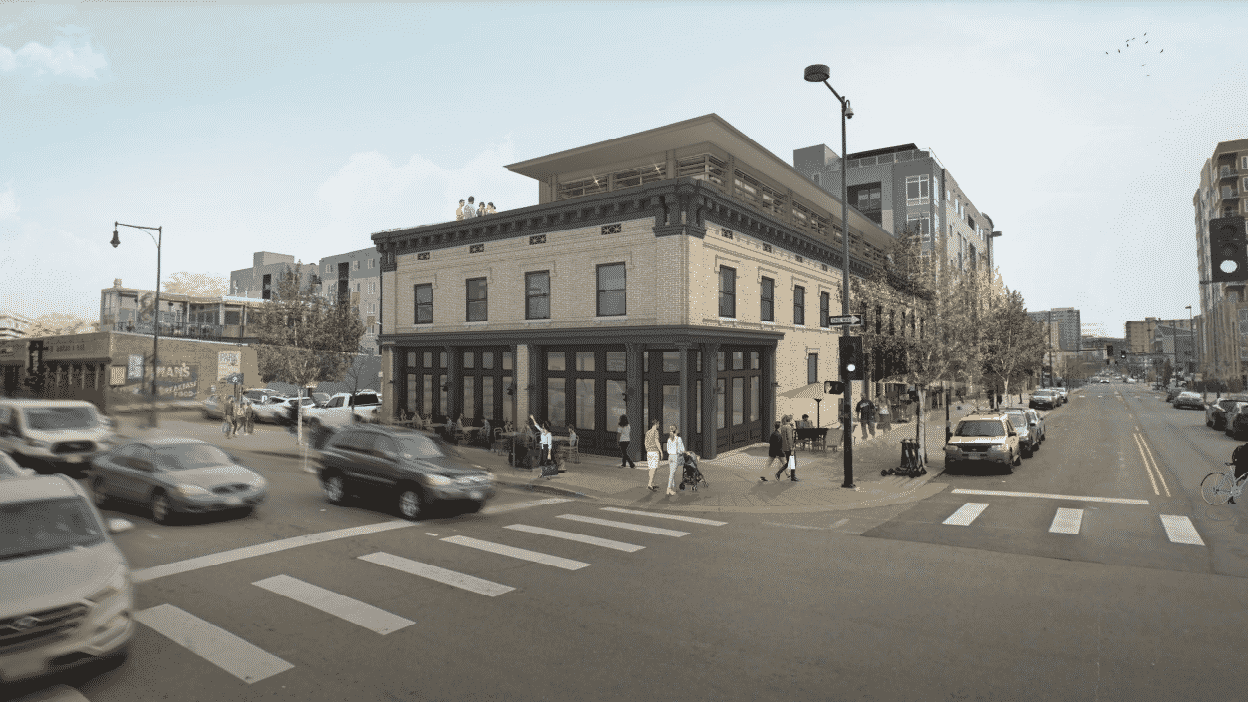 A rendering of the renovated building at 2100 Larimer St. (Courtesy of Magnetic Capital)

On the ground level, Howl at the Moon’s venue will be almost exactly the same as its previous Denver location. There will be a stage for the six on-staff musicians, including dueling pianists, to perform on and two bars. The basement will be an affiliated nightclub called Down, featuring a dance floor, bottle service booths and a rotating DJ. Howl has already incorporated a nightclub element in Philadelphia and Boston.

O’Brien said the company will complete a “sizable” buildout on the space with light and sound packaging on each floor starting at $150,000.

O’Brien said that the company never considered backing out of Denver after closing its original location because “the city is rockin’,” and event business was booming prior to the pandemic.

“Our old space was bought and paid for over and over again, and now, I have to build another one,” he said. “It was one of the bigger Howl at the Moons, which was great for events. I’ll miss the size of the space, but our new location is a better mousetrap.”

Howl at the Moon first started in Cincinnati in 1990, aiming to provide customers with an experience reminiscent of New Orleans’ bar and music scene. It has since grown to 11 large markets around the U.S., including Orlando, Washington D.C., and Indianapolis, and has contracts with four Norwegian cruise ships. By the end of 2023, O’Brien said the company plans to expand to four more markets.