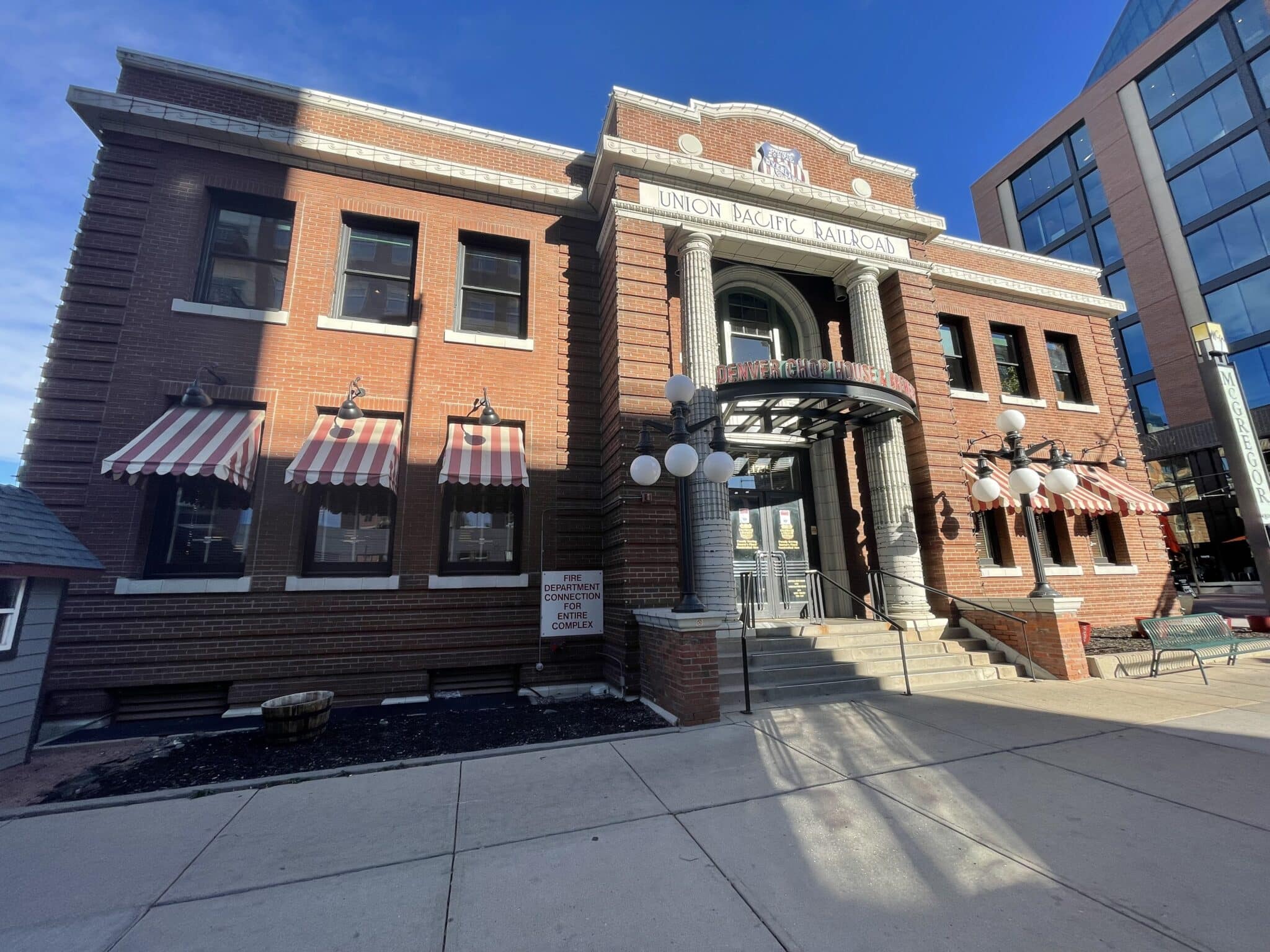 The Union Pacific building is anchored by Denver Chophouse & Brewery, which has been there since 1995. It will soon be home to an Old Chicago Pizza + Taproom location. (Eric Heinz photos)

A building across from Coors Field has sold for the first time since the stadium opened, and will soon have some new tenants.

The Union Pacific building at 1711-1735 19th St. was purchased in December for $25.5 million by Dallas-based L&B Realty, according to public records.

The structure was built in the early 1920s, and was originally used by the Union Pacific Railroad. It consists of 36,441 square feet of retail space, according to Cushman & Wakefield, which represented the seller. That makes the deal worth about $700 a square foot.

Denver Chophouse & Brewery has operated at the site since 1995. Previous tenants include piano bar Howl at the Moon and Fado Irish Pub.

Cushman broker Jon Hendrickson said SPB Hospitality, the parent company of Chophouse and other restaurant concepts, leased the remainder of the structure recently prior to the sale.

“It will have an amazing double decker patio and we are going to have a few food stalls serving our ghost kitchen menu items as well,” he said in an email.

Old Chicago hasn’t had a presence downtown since its location at 14th and Market closed in 2014. Kern said SPB also plans to open a location along Colorado Boulevard near I-25, where Village Inn formerly operated. 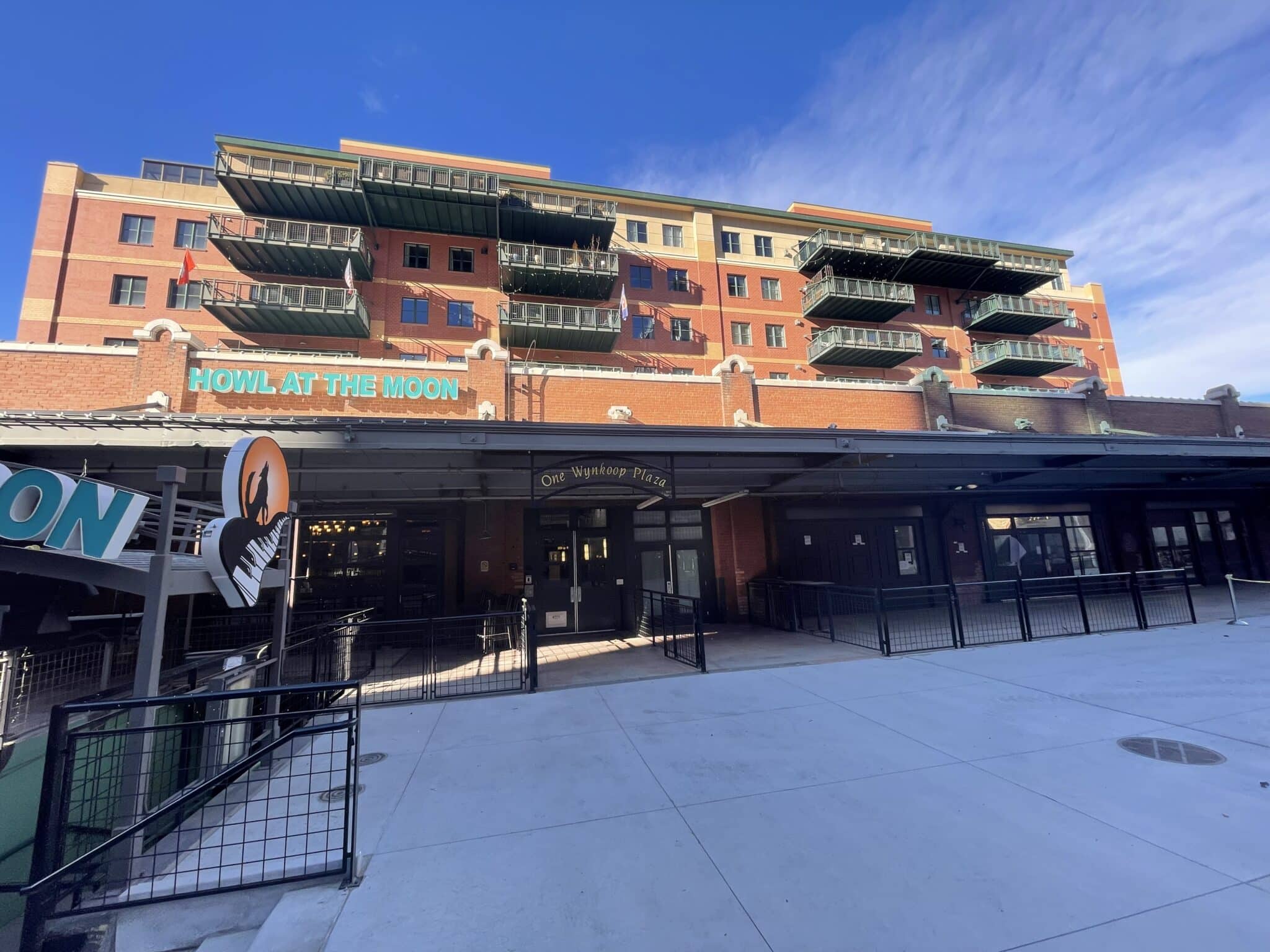 Lost & Found, a cocktail bar, will open in the former Howl at the Moon space.

Lost & Found hopes to open by April 1, which is opening day for the Rockies. The downtown Old Chicago could open by mid-April, and the Colorado Boulevard one in May, Kern said.

The Union Pacific building was sold by an entity affiliated with Denver private equity firm Thermos Cos., which purchased it in October 1994 for $1.2 million, records show.

The seller in that deal, which took place before the first game was played at Coors Field in 1995, was the state’s Denver Metropolitan Major League Baseball Stadium District, which leases the stadium to the Colorado Rockies.

Thermo didn’t respond to a request for comment on the deal. In recent years, the firm has acquired a large site in Arapahoe Square.

The Union Pacific building is also across the street from McGregor Square, the mixed-use project filling a full city block that was completed last year by a development team led by Rockies co-owner Dick Monfort.

The Union Pacific building is anchored by Denver Chophouse & Brewery, which has been there since 1995. It will soon be home to an Old Chicago Pizza + Taproom location. (Eric Heinz photos)

The 1920s-era structure, which will soon house an Old Chicago Pizza, has 36,441 square feet of retail space. That makes the deal worth about $700 a square foot.