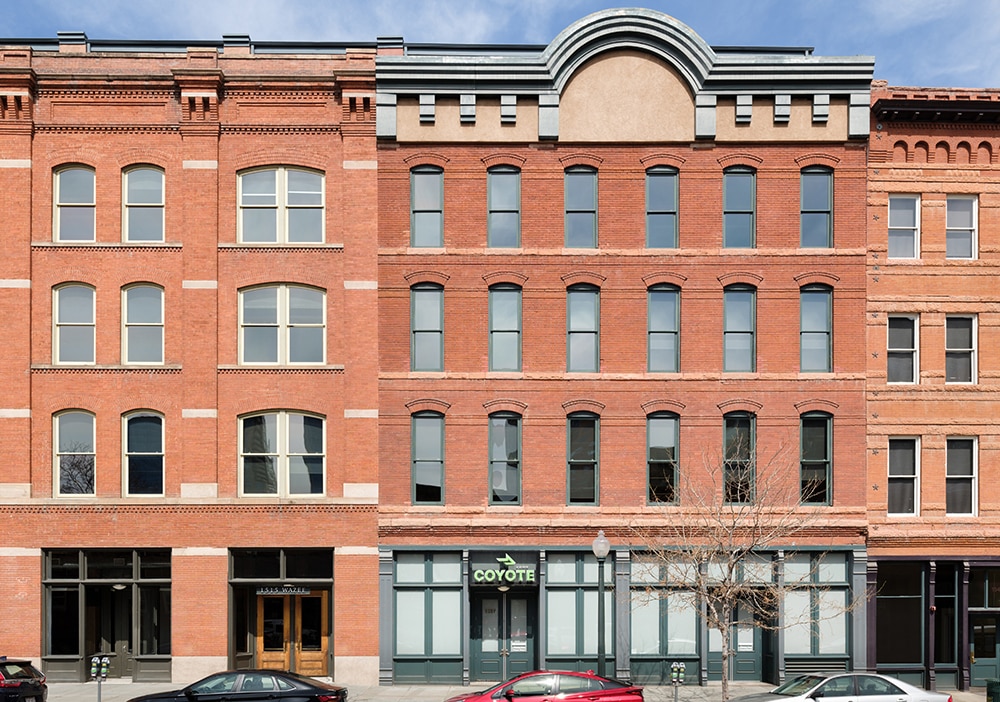 The owner of Larimer Square has purchased a nearby office building that last changed hands just five months ago.

The brick-and-timber Hardware Block building dates to 1895. The deal works out to about $477 a square foot. JLL brokers Peter Merrion, Mark Katz and Hilary Barnett represented the seller.

The building was sold by Seattle-based Unico Properties, which purchased it in late September for $24.3 million at the same time it bought the office building at 1755 Blake St.

Merrion told BusinessDen that ASB, the seller in the September deal, wanted to unload both properties to the same buyer. Unico was primarily interested in the 1755 Blake building, and had planned to resell Hardware Block.

That’s because Unico made the purchase with a fund intended to buy value-add properties, where the company would generate a solid return by improving the property in some way, Merrion said. The 1755 Blake building has a sizable amount of vacant space, whereas the Hardware Block building is fully leased.

“It was necessary to make the deal, but it wasn’t part of the business plan,” Merrion said of Unico’s September purchase of Hardware Block.

Asana Partners has been buying real estate in Denver since mid-2019. In addition to Larimer Square, the company also owns multiple retail buildings along Tennyson Street in Berkeley and two office buildings in LoHi — one very newand one very old.