Brian Watson is the owner and CEO of Northstar Commercial Partners. (BusinessDen file)

A receiver has been appointed to oversee the assets of Denver-based real estate firm Northstar Commercial Partners and its owner and CEO Brian Watson.

Mark A. Roberts of Alvarez & Marsal North America was appointed receiver by Judge Liam O’Grady, who is overseeing court proceedings in a lawsuit filed against Northstar by Amazon in April 2020.

In that lawsuit, Amazon accused Northstar and Watson, the firm’s sole owner, of bribing Amazon employees to win development deals for data center buildings in northern Virginia. Watson has denied wrongdoing. The FBI has also been investigating.

In late October, O’Grady found Watson in civil contempt of court over his failure to deposit $21.25 million in an escrow account, as O’Grady had ordered him to do in June 2020.

The figure corresponds to fees Northstar paid to a trust in connection with Amazon lease transactions in Virginia, as well as Northstar’s alleged cut of a sale of property in the state to Amazon, court records show. Watson has said he simply doesn’t have the money, and can’t find a third party willing to take on the risk associated with putting up the money for him.

When he found Watson in civil contempt, O’Grady also ordered a receiver be appointed to prevent “further irreparable harm” to Amazon and to make sure Northstar complies with the order to put up the money. 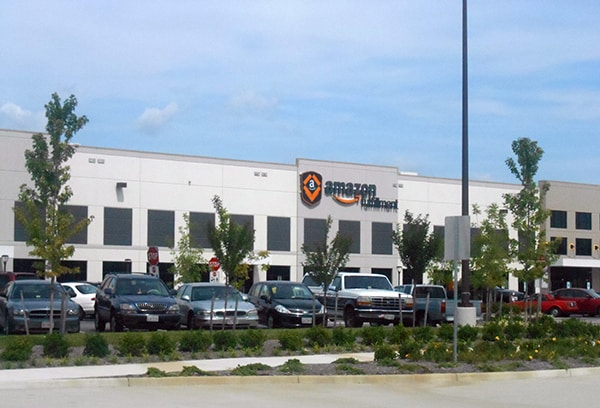 Amazon recommended Roberts as the receiver, and Watson and Northstar did not file anything in opposition. An attorney for Watson did not respond to a request for comment Monday.

In his order appointing Roberts, which was issued last week, O’Grady said the receiver now oversees all of Northstar’s and Watson’s assets.

O’Grady said Watson can propose expenditures that are “reasonably necessary to the continued operation or preservation” of Northstar, and Roberts can decide whether to approve them.

Northstar has been selling properties it owns in recent months, as BusinessDen reported in August.

Watson, who was the Republican nominee for Colorado state treasurer in 2018, said in a court filing last year that he was personally worth $61.45 million at the end of May 2020.

He sold his private plane in June, court records show, and his Cherry Hills mansion is on the market. The current list price is $9.98 million, according to REColorado, which shows there is a pending offer.

Brian Watson is the owner and CEO of Northstar Commercial Partners. (BusinessDen file)

Amazon recommended the receiver, who can authorize a monthly budget of $10,000 for Watson’s personal expenses. The tech giant has accused Northstar of bribing employees to win development deals.