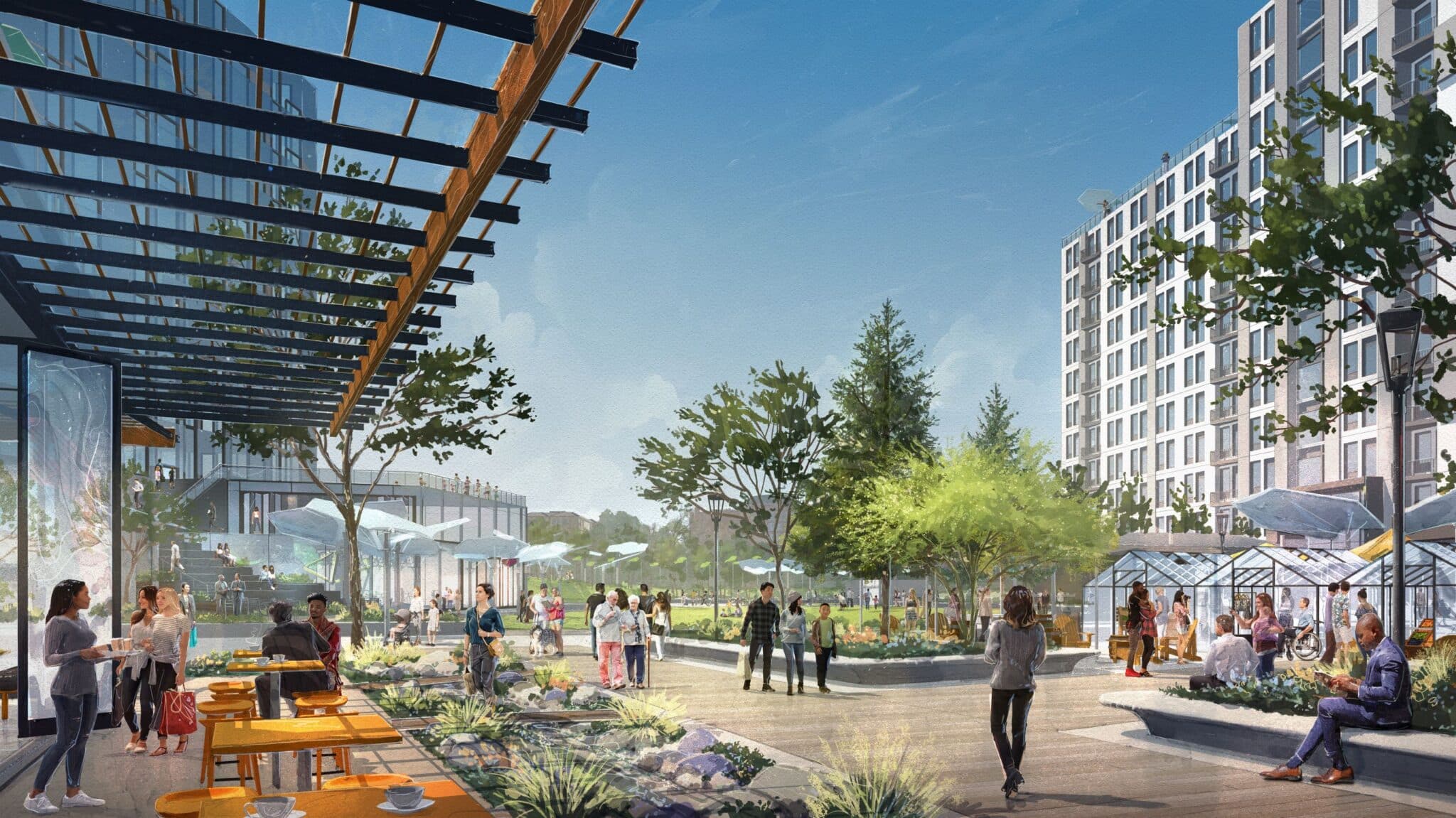 A rendering of Cherry Creek West, a $1 billion mixed-use project planned for the west side of the Cherry Creek Shopping Center. (Courtesy of East West Partners)

Denver-based East West Partners is the firm that will transform the western side of the Cherry Creek Shopping Center.

The firm said Thursday that it will redevelop approximately 13 acres in collaboration with the Buell Foundation, which owns the land, and Taubman Realty Group, which owns the shopping center.

East West is calling the project “Cherry Creek West.” The company has a 99-year ground lease in place.

Managing Partner Amy Cara said East West plans to submit “large development review” documents to the city next month, and will need to get the property rezoned. She said it’s likely two years before a shovel is in the ground, and more years before buildings are occupied.

The eastern side of Cherry Creek Shopping Center features the traditional mall layout, and has numerous high-end tenants including Tesla, Apple and Neiman Marcus.

The western side, however — which has more of a big-box retail feel — has been largely vacant for several years, since Macy’s Furniture Gallery and The Container Store moved to the east side of the mall, and Bed Bath & Beyond moved to Glendale. Tenants that remain include Boulder Running Co. and Elway’s. The existing structures would be demolished for the new project.

Mall leadership has acknowledged for years that the western side would eventually be redeveloped. The question has been when it would happen, and who would spearhead the project.

Cara said East West started having conversations with Taubman in 2015. Those talks fizzled around 2017, she said, and the mall owner was in touch with other development firms. 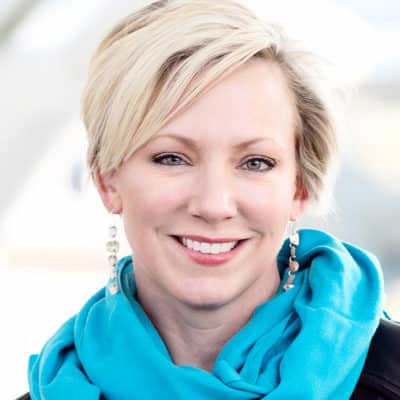 “I just continued to call over there from time to time, and in 2019, the timing of the call worked really well,” she said.

At that point, the Buell Foundation — which uses revenue from the ground lease to support its philanthropic endeavors — joined the talks, Cara said.

East West, which moved its headquarters to Denver from Avon 22 years ago, has tackled large sites in the city before. The company led the development of what is now Riverfront Park, and was one of two companies, along with Continuum Partners, that led the redevelopment of Union Station.

Cara said the mall property is the equivalent of nine city blocks, although it won’t be laid out that way when it’s redeveloped. The plan is to make the project as pedestrian-friendly as possible, burying much of the parking and emphasizing the literal Cherry Creek, which runs along the southern border of the site.

The property is currently zoned specifically for the shopping center. Cara said East West will likely ask the city to rezone it for up to 12 stories, which would give it a similar scale to the neighborhood’s existing business district. But not all structures would be that tall.

“It’s important to us that there be a variety of heights,” she said.

The project is expected to include retail, office and residential space, Cara said. A hotel is a possibility. Right now, East West is thinking of building seven structures.

“That allows us to have a decent number of buildings, but also some meaningful public space,” she said.

Cara noted that meetings with the public are required as part of the city’s large development review process. Updates regarding those will be posted on the project’s website, cherrycreekwest.com.

A rendering of Cherry Creek West, a $1 billion mixed-use project planned for the west side of the Cherry Creek Shopping Center. (Courtesy of East West Partners)

The firm is planning a $1 billion mixed-use project with retail, office and residential space in seven structures up to 12 stories tall.