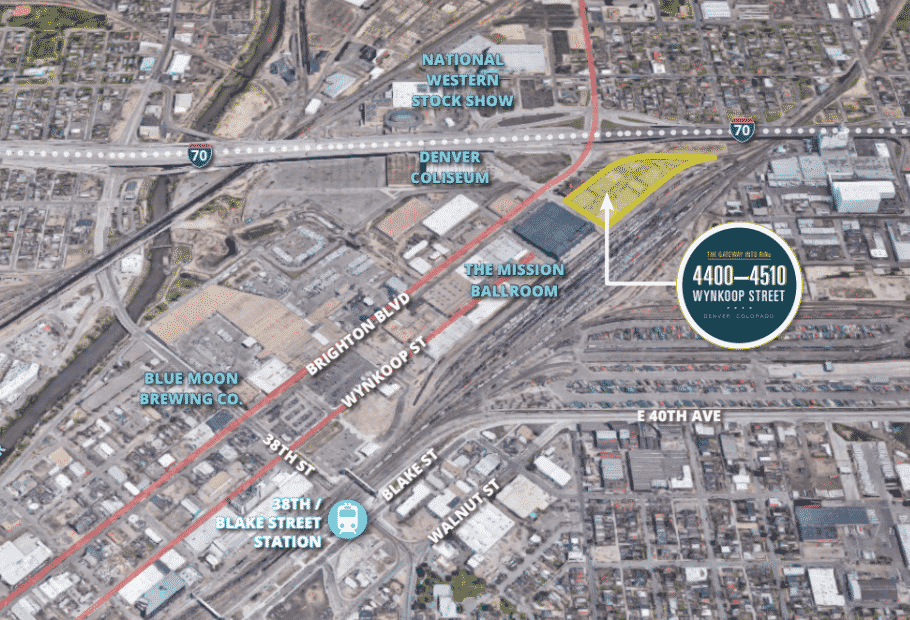 A map shows the site for sale, as well as nearby landmarks. (Courtesy of Gruber Commercial Real Estate)

A 5.69-acre site at the edge of RiNo, currently home to a lumber mill and a moving company, is up for sale.

Russell Gruber, a broker with Gruber Commercial Real Estate, is marketing 4400-4510 Wynkoop St., which is immediately southeast of the Brighton Boulevard exit off I-70.

It’s the second large property on the market in the northern reaches of Brighton Boulevard, although noticeably smaller than the first. Pepsi is looking to sell its 29.9-acre bottling facility at 3810 Brighton Blvd. as the company prepares to build a larger facility out by Denver International Airport.

The Wynkoop site is zoned for up to eight stories, but sits within the 38th and Blake zoning overlay district. That means developers could build up to 12 stories if certain requirements are met regarding income-restricted housing. The site is also within a federally designated Opportunity Zone. 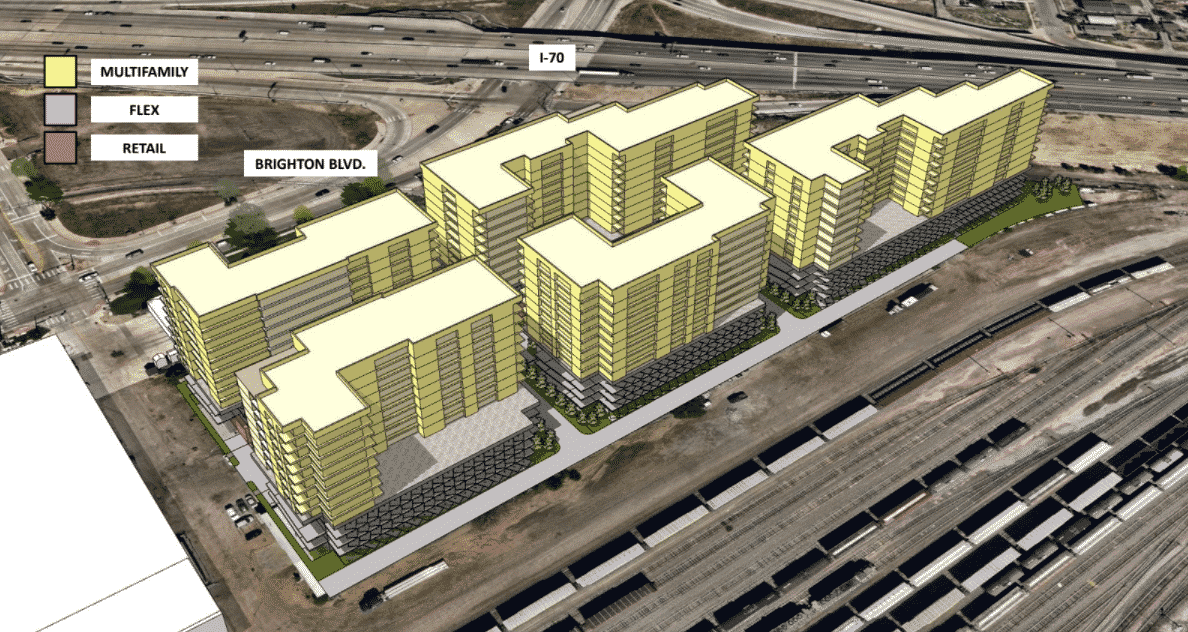 An image from the concept plan showing how five 12-story structures could be positioned on the site. (Public records)

A marketing brochure available on Gruber’s website Wednesday afternoon listed the asking price as $46 million, or $185 a square foot. Gruber, however, said that price was no longer current. He declined to give a new price, saying potential buyers could contact him.

In an effort to convince buyers of the redevelopment potential, the site’s current owners submitted a concept plan to the city earlier this week, showing how five 12-story structures could fit on the site. The eventual buyer, however, could ultimately do something different.

“The ownership group, who have owned the real estate for several decades, have engaged M2 Development and Gruber Commercial Real Estate to help shepherd the plan through some of the early development hurdles with the city so that the property may be more ideally positioned for future development,” Gruber said.

“In addition to working with the city, the M2 team has developed a plan to best utilize the site’s natural attributes including impressive front range views and potential use of the 12-story overlay district,” he added.

The property currently has a number of industrial buildings totaling about 105,000 square feet on it, according to marketing materials.

A map shows the site for sale, as well as nearby landmarks. (Courtesy of Gruber Commercial Real Estate)

The Wynkoop Street property is zoned for up to 12 stories if a development meets income-restricted housing requirements.