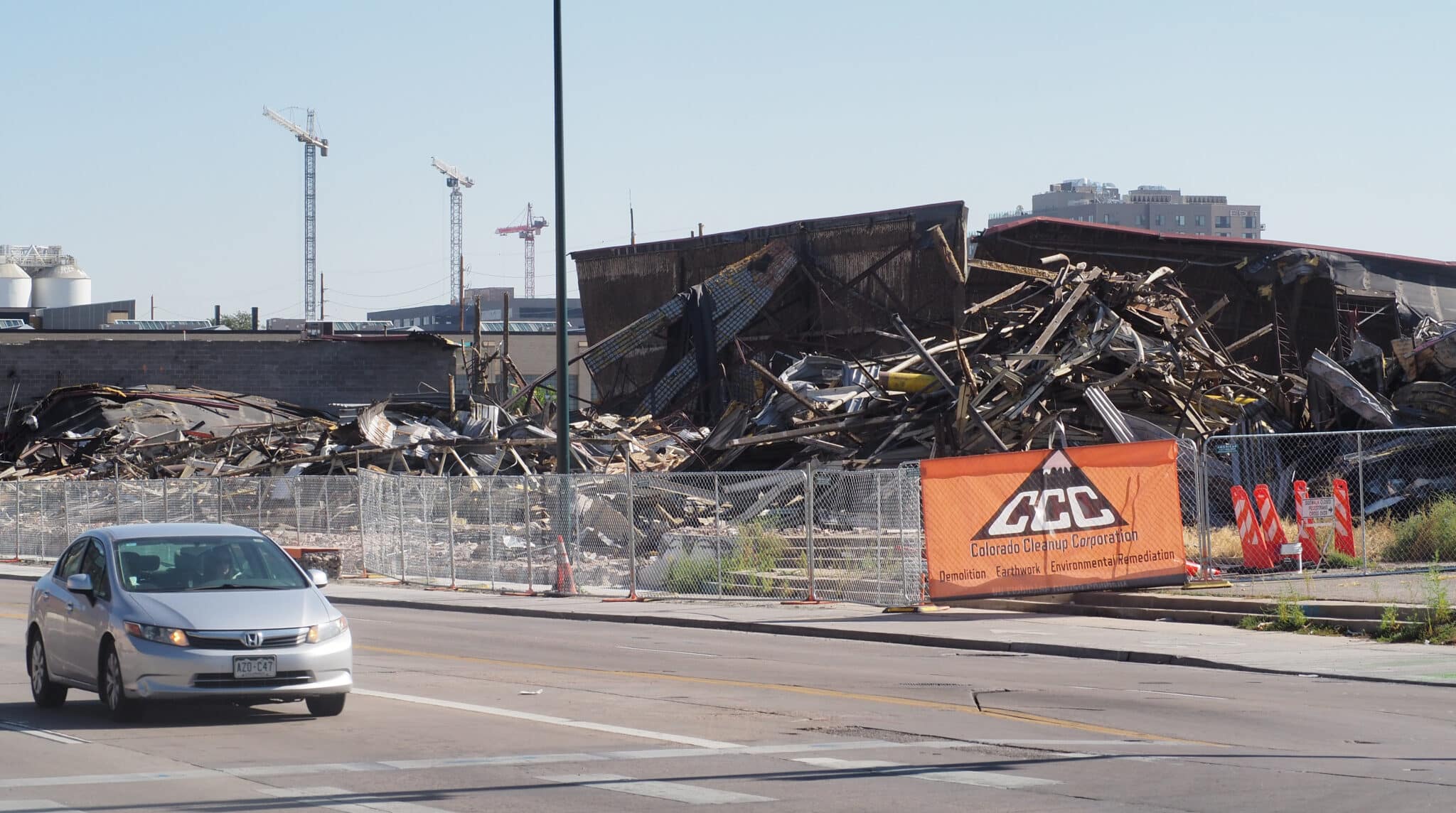 The warehouse at 2900 Brighton Blvd. was in the process of being demolished on Monday. (Thomas Gounley photo)

Demolition is underway on the large warehouse building at 2900 Brighton Blvd. in RiNo, resulting in a pile of rubble that extends for a full block.

A large apartment complex is part of what will eventually replace it, development plans indicate.

The property, directly across from the Industry Denver coworking space, has been owned since 2017 by Santa Monica, California-based Mass Equities and AECOM Capital. They paid $38 million that year for the 2900 and 3060 Brighton Blvd. parcels — about 8 acres in all.

The two firms renovated the existing building at 3060 Brighton Blvd. and landed VF Corp. as a tenant before selling that property for $37.6 million around the start of this year.

The 2900 Brighton Blvd. parcel had 93,736 building square feet on it prior to demolition, according to property records. It is zoned for up to eight stories. 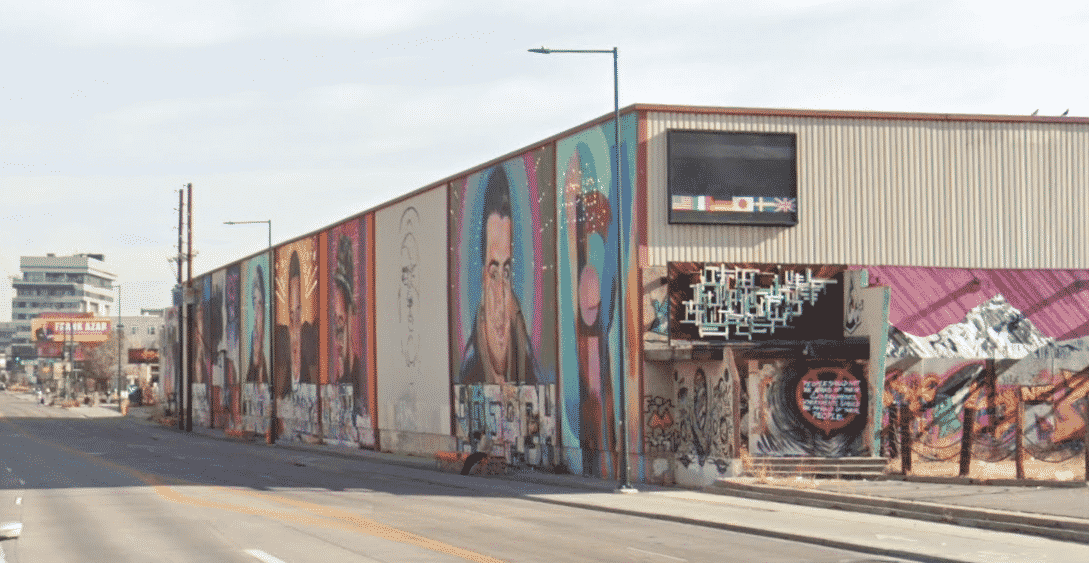 The warehouse at the site, shown before demolition began, stretched for a full block and was flush against the sidewalk. (Courtesy of Google Maps)

Houston-based developer Hanover Co. is looking to build an apartment complex on part of the site. The latest version of the company’s site development plan, submitted to the city in August, calls for a seven-story, 390-unit complex. It would have about 8,600 square feet of retail space and 530 parking spaces, the plans show.

The complex would be built on 3.3 acres, according to the plans, leaving room for additional development on the parcel.

Mass Equities Principal Brian Bair told BusinessDen in an email Monday that the company is still evaluating options for the northern portion of the parcel.

Hanover didn’t respond to a Monday request for comment. The company does not currently own any complexes in Colorado, according to its website, but has previously developed here. Its projects include Acoma at 816 Acoma St. in the Golden Triangle, completed in the late 2000s.

And RiNo isn’t the only local neighborhood of interest for Hanover. The company paid $9.5 million in late December for a 2.47-acre site at the corner of Jewell Avenue and Acoma Street in Overland. The city has approved development plans for a five-story, 278-unit apartment complex there, records show.

The warehouse at 2900 Brighton Blvd. was in the process of being demolished on Monday. (Thomas Gounley photo)

A seven story, 390-unit apartment complex is planned for 3.3 acres of the 8-acre site, leaving room for another development on the northern portion.