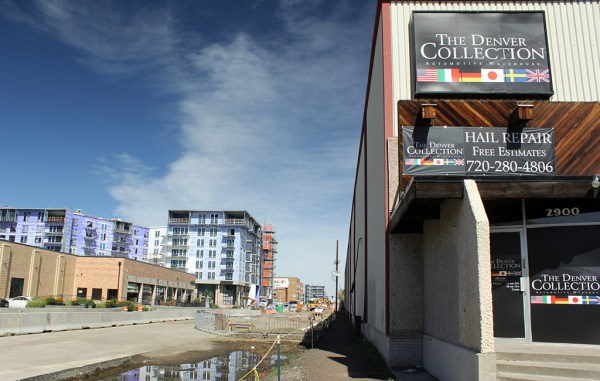 Makovky said Andrew Sobel, principal at acquiring firm Mass Equities, asked to be first in line if the land ever hit the market. Sobel put the property under contract around 18 months ago, Makovsky said.

Makovsky and his investors paid a total of $3.5 million for the property in two deals – in 1996 and 2005 – according to property records.

“We bought it strictly to hold as a warehouse investment,” he said. “We had no idea that Brighton would become what it is today.”

The land at 2900-3060 Brighton Blvd. sits across from coworking colossus Industry and is one of the largest plots left to repurpose along Brighton Boulevard.

NAI Shames Makovsky brokered both sides of the off-market transaction, with Brian Bair and Trent Rice representing the buyer.

Sobel, who signed the deeds, did not respond to several calls seeking comment. Plans with the City of Denver propose 10 buildings with 550 residences and retail space. Oz is listed as the architect.

Sobel last week borrowed $30 million on a bridge loan from Thorofare Capital, a firm that has lent to several other projects on the Front Range and typically looks to get paid back in a few years. 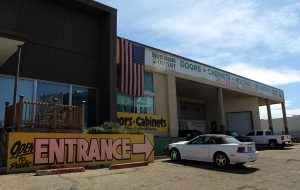 The Builder’s Outlet building at 3060 Brighton Blvd. was included in the sale. (Kailyn Lamb)

“The widening of Brighton is turning it into an extension of Broadway,” Miller said. “That is one of the things we found attractive – the city really is on board that this is the corridor in RiNo.”

Miller said the new project will be “a very significant mixed-use development that fits in nicely with all the other new multifamily going on in the area.”

Several small businesses operate in the warehouses on the site and are looking for new locations. An employee at used car dealership Denver Connection said the business needs to vacate before the building is bulldozed this summer. She said the dealership has not found a new home.

Patience just paid off for group of prominent Denver investors, who after more than a decade sold two parcels along Brighton Boulevard for a pretty penny.