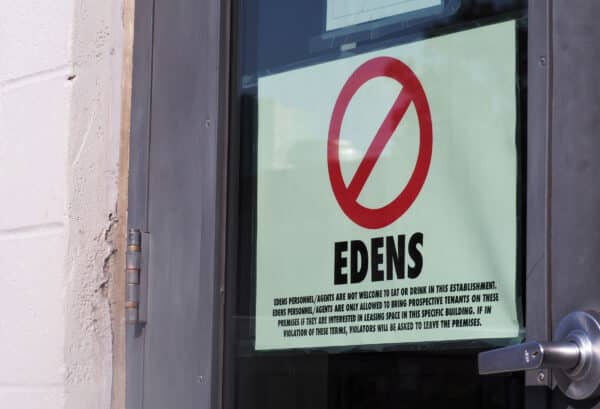 “Edens personnel/agents are not welcome to eat or drink in this establishment,” the signs posted by Ken Wolf say. (Thomas Gounley photos)

There’s a clear sign that not all is well in the garden of Edens.

Ken Wolf, who three years ago sold about $50 million worth of RiNo real estate to Washington D.C.-based Edens, has posted six notices on the doors of his businesses telling his new landlord to keep out.

The signs are up at entrances to Denver Central Market, Sushi-Rama, Il Posto, Honey and Gerard’s Pool Hall.

Edens’ top local executive did not respond to multiple requests for comment on Friday.

The signs make public a dispute between Wolf and Edens that has been playing out in the court system for months. 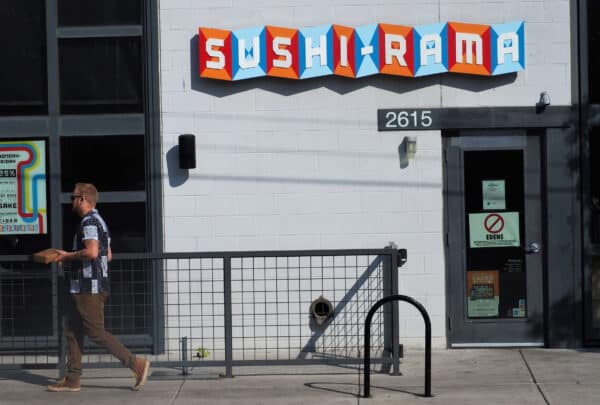 The Sushi-Rama in RiNo on Friday. The business is one of several that has the signs posted.

In March, Il Posto and Sushi-Rama sued Edens, asking a judge to rule the businesses could exercise a provision in their respective lease giving them an option to extend it. Gerard’s filed a similar lawsuit in June.

Wolf said he originally put the signs up in early July, then took them down over the MLB All-Star Game weekend because he knew Edens wouldn’t be touring prospective tenants those days. He reposted them after the game, then took them down when the two sides were negotiating a settlement for the suits.

But those negotiations recently fell apart, so Wolf put the signs up for the third time last week. He estimated Friday the signs have been up a total of 10 days across the multiple periods.

“Based on the way they are treating my tenancies, I don’t want them as customers,” Wolf said. “They don’t respect me.”

The Denver Central Market food hall is one of RiNo’s anchors, and Wolf said Edens has typically given tours of it to parties considering leasing space in the company’s nearby real estate.

But Wolf said that his businesses’ leases only require the landlord be able to give tours to parties considering leasing in the particular building the business occupies, and he wants that provision followed.

“I think it’s good for them to have to explain to a potential tenant why they’re up there,” Wolf said of the signs. “Make them explain what kind of landlord they are.” 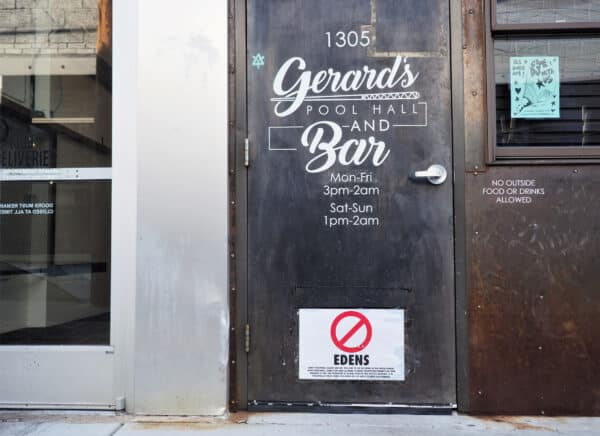 One of the signs is posted at the entrance to Gerard’s Pool Hall in RiNo.

Wolf was one of the early forces behind RiNo’s transformation in recent years into a hip neighborhood where out-of-state real estate firms like Edens are willing to pay top dollar.

The firm paid Wolf-managed entities about $50 million in the spring of 2018 for multiple buildings in the 2600 block of Larimer and Walnut streets. Edens has also purchased nearby real estate from other sellers, bringing the total spent to about $80 million. And the firm is eyeing more.

Wolf’s signs highlight the fact that, after selling to Edens, he became, in his words, the company’s largest tenant locally. Because he previously owned the property, he drew up the lease provisions that are currently in dispute; the leases transferred to Edens as part of the sale.

Wolf, 71, also graduated from law school, although he said he only practiced for a couple years.

The three lawsuits revolve around the fact that the leases state that the businesses don’t have the right to extend if they have “been in default beyond any applicable cure period.”

Wolf previously told BusinessDen that his businesses have paid rent late in the past — particularly during the pandemic — but that that’s not typically considered in the real estate industry to be in default beyond the cure period. 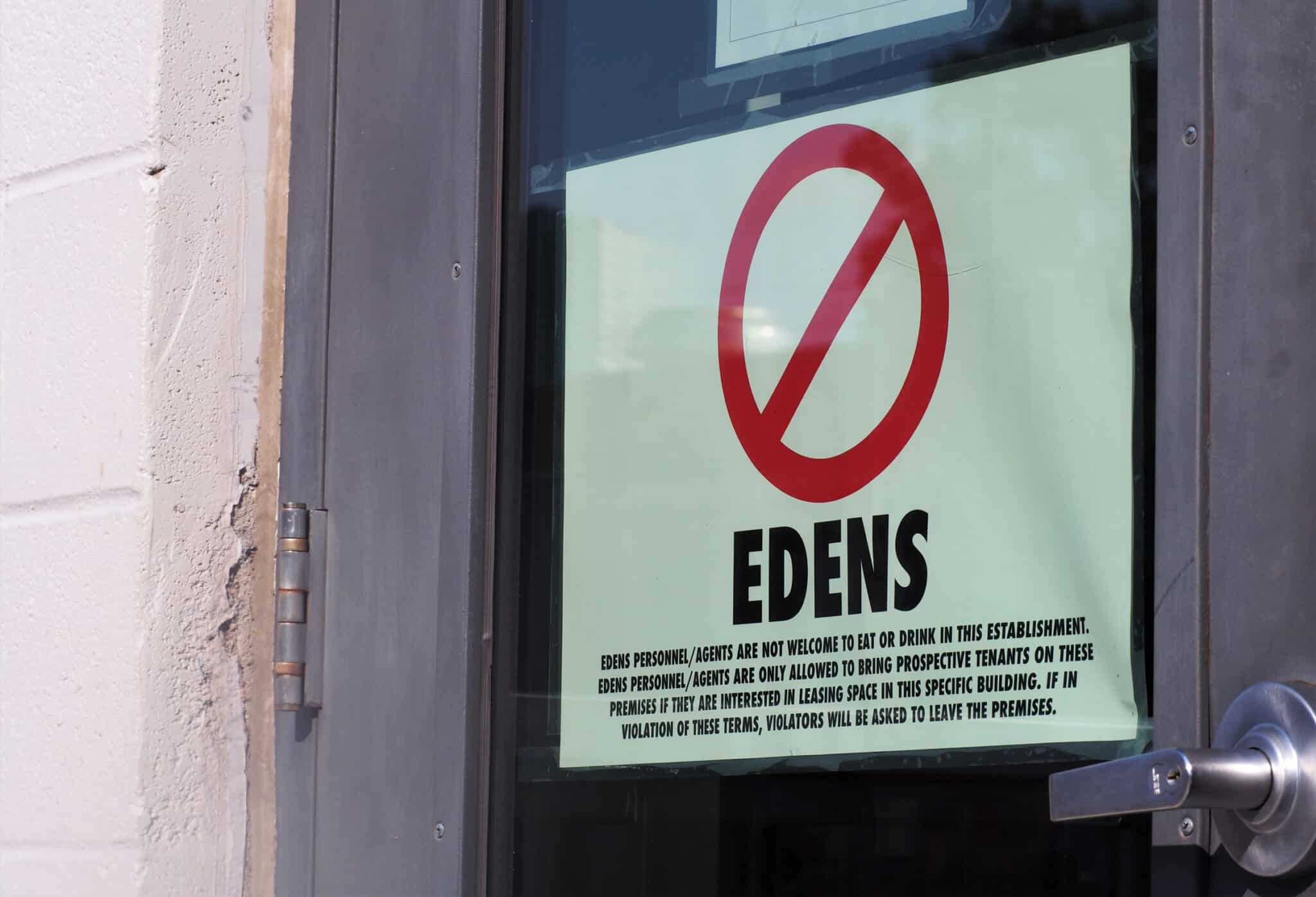