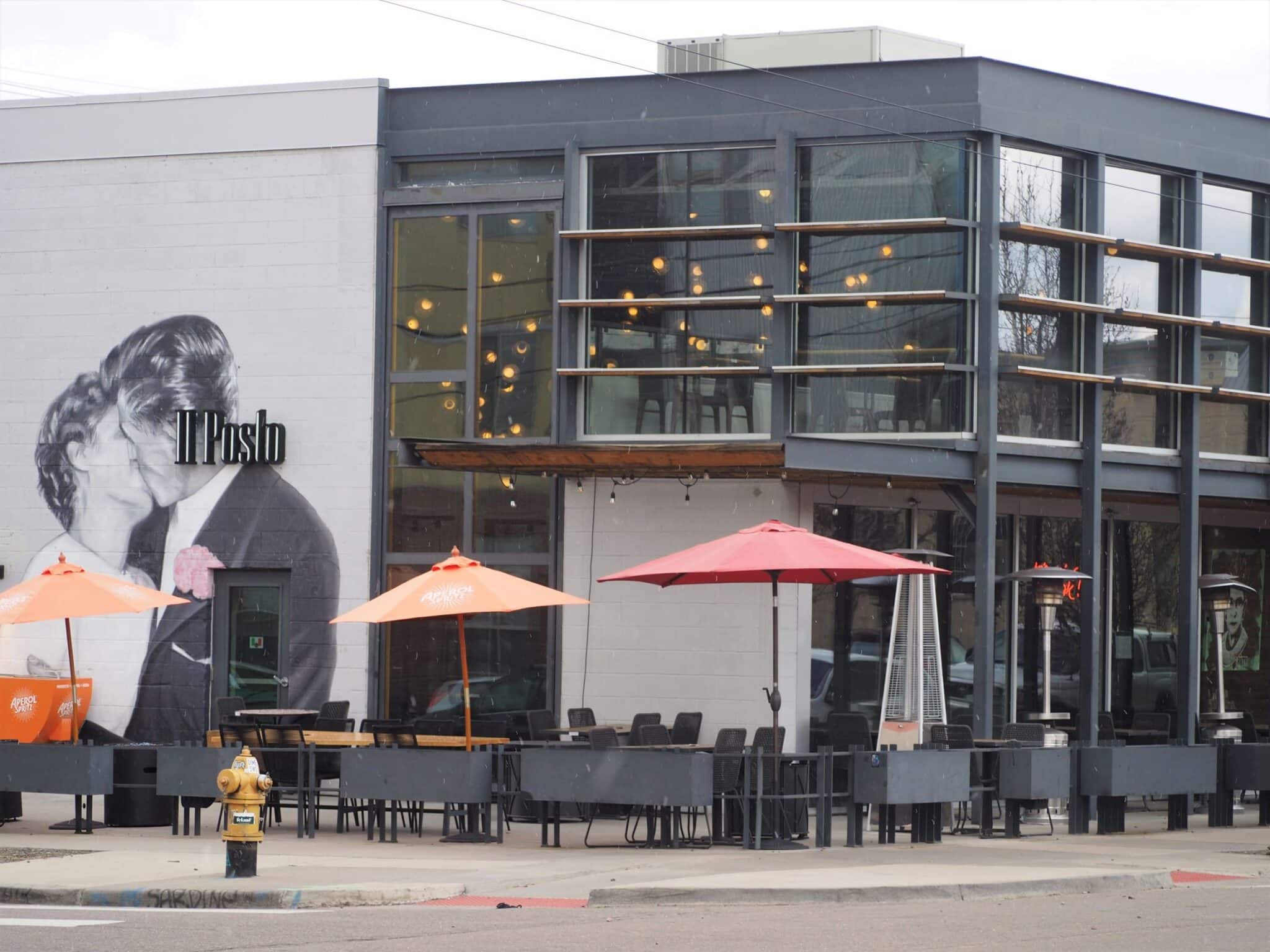 Ken Wolf is a co-owner of Il Posto. He is suing his landlord for the right to extend the restaurant’s lease. (Thomas Gounley photos)

The honeymoon is over between a RiNo developer and the out-of-state firm that paid $55 million for his real estate holdings in the area in 2018.

Ken Wolf — an early force behind RiNo’s transformation — last week sued Washington D.C.-based Edens on behalf of Sushi-Rama and Il Posto, two restaurants that he put in their spaces. He’s a co-owner of both.

“I can’t tell you how many emails I sent to him saying please don’t make me do this,” Wolf said in an interview with BusinessDen, referring to Edens’ local executive Tom Kiler. “I appreciate what you paid for the buildings. I appreciate what you’ve done for some of the tenants. We should be acting like partners, not adversaries.”

The issue isn’t the 2018 transaction. Rather, it highlights the fact that, after selling to Edens, Wolf became, in his words, the company’s largest tenant locally. He’s a part-owner in six businesses that rent from Edens, most notably Denver Central Market. And because he previously owned the property, he drew up the businesses’ leases, which transferred to Edens with the sale.

The lawsuits by Sushi-Rama and Il Posto, at 2601 and 2615 Larimer St., both revolve around the same thing. The restaurants say their leases signed in 2014 and 2015 include an option to extend.

Kiler, the local Edens executive, did not respond directly to a voicemail and email requesting comment. In a statement, the company said: “While we cannot comment on current litigation, Edens has been and remains committed to supporting our retail partners and fostering our community’s full recovery.”

Wolf said he’s the operating manager of both restaurants. He owns Sushi-Rama, which has multiple locations, with chef Jeff Osaka. And he co-owns the single-location Il Posto with multiple others, including chef Andrea Frizzi.

When a tenant has an option to extend their lease and wants to do so, the two parties need to agree on rent for that period. That can be simply negotiated and agreed upon by both parties, but Wolf said his past exchanges with Kiler make him think that was unlikely. The two sides were too far apart, he said.

Il Posto, for example, pays rent in the $30 to $32 per square foot range annually, Wolf said. And Kiler said that a bike shop that had recently signed nearby had agreed to $45 a square foot, Wolf said.

“I said, ‘Oh Tom, if I was a bike shop I would probably pay more than market rate to be next to Patagonia,” Wolf said, adding he then asked Kiler what nearby clothing shops were paying but wasn’t given an answer.

If neither of those options are chosen, Wolf said, the leases lay out a process regarding outside appraisals of what market rent would be. 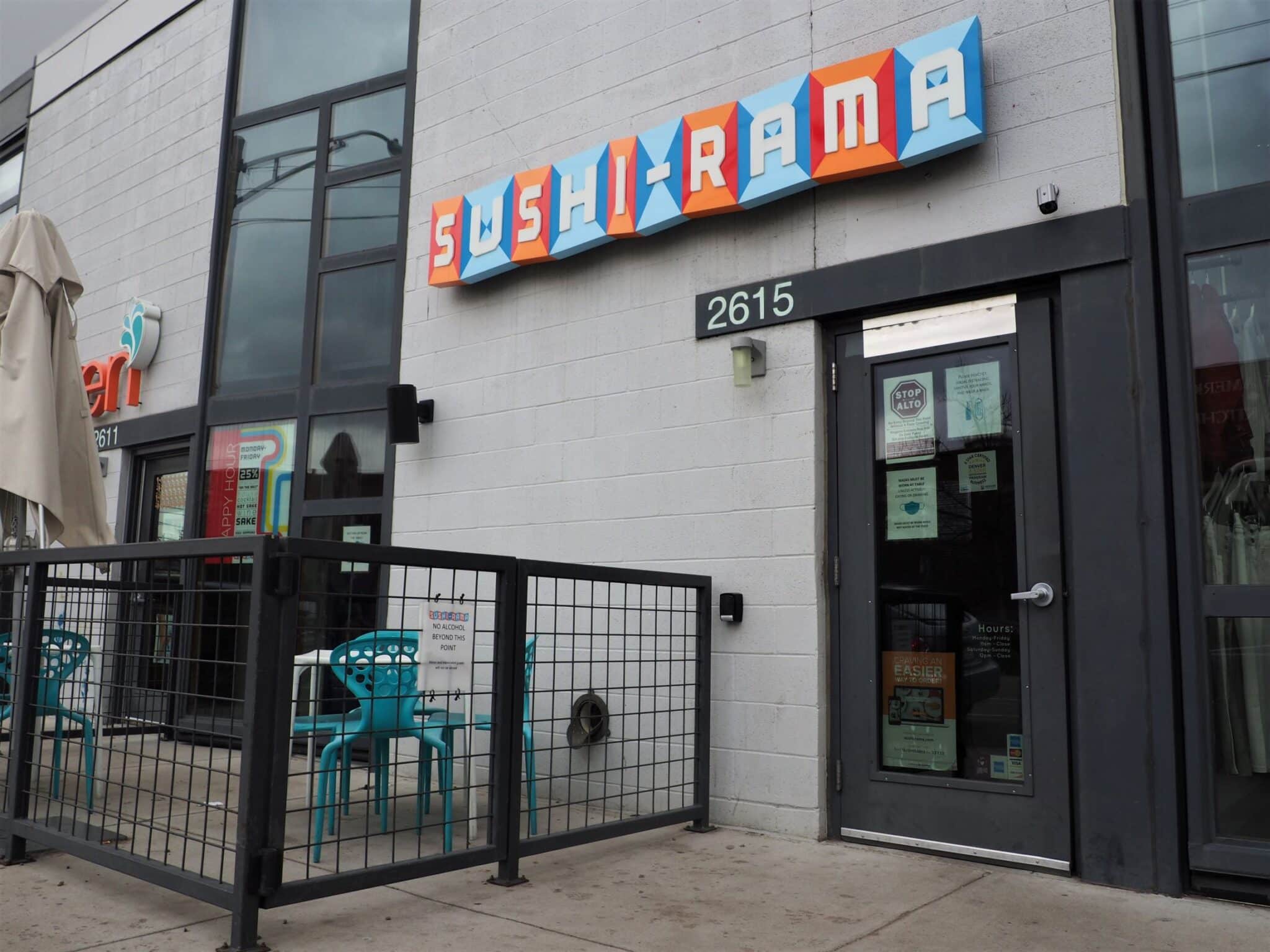 Sushi-Rama stopped paying rent during the pandemic but is now current, according to co-owner Ken Wolf.

In the case of Il Posto, the two parties would again each hire an appraiser, and each appraiser would determine market rent. Then those appraisers would collectively hire a third appraiser, who would pick one of those two appraisals to go with, Wolf said.

In both cases, neither party is allowed to back out if they don’t like the final determination of market rent, Wolf said.

Wolf said Edens has been very reluctant to do the appraisal process, at one point saying they would do it only if the appraisers were just allowed to look at “comps” within a two-block radius.

Asked why the firm appeared reluctant, Wolf responded: “They want to control what the outcome is, because if it’s within a two-block radius, it’s mostly their properties … I can’t say it’s because of COVID and reduced rates. I think they just want to control it.”

“It just isn’t good faith to basically dictate to the appraiser how they do the appraisal,” he added.

Wolf said Edens has also pointed out that the restaurants’ leases state that the businesses don’t have the right to extend if they have “been in default beyond any applicable cure period” at any time during the lease.

Wolf said Sushi-Rama and Il Posto stopped paying rent for a time when the coronavirus pandemic set in. Edens is also arguing that the restaurants were late paying rent pre-COVID, according to Wolf, who questioned whether that qualifies as being in default.

“I said, there’s no way I can negotiate with you on rates with this over my head,” Wolf said. “Either we have the right or we don’t have the right.”

Wolf added that both restaurants are now current on their rent. Plus, he said, he told Edens in October that Sushi-Rama wanted to extend its lease, which ended in December. It wasn’t until February — two months into the extension period — that Edens brought up the argument that the restaurant might not have the right to extend, Wolf said.

“During COVID, I have lost a small fortune keeping Il Posto going, keeping Sushi-Rama going,” Wolf said. “And here I want to exercise my option, and they say no?”

Wolf said that Edens has expressed “doubts whether Sushi-Rama is a viable business.” But he doesn’t think the company actually wants to lose Il Posto, which has prominent corner real estate, especially given Chef Frizzi’s local profile.

Like most restaurants, when the pandemic arrived, Wolf’s businesses asked about rent abatement or deferment, given the situation’s drastic impacts on business. They did ultimately get some concessions, he said — but Edens was reluctant.

“He told me that the powers that be were reluctant to give those tenancies anything because of how much I made on the sale,” Wolf said of Kiler. “I don’t think one thing has anything to do with the other.”

Wolf noted that he owns the businesses with other people who weren’t owners of the real estate, and thus didn’t profit from the 2018 sale.

Wolf continues to be a landlord himself. Twelve tenants rent space from him at Denver Central Market, he said, and each knows what the others are paying. He also continues to own properties elsewhere in the city.

RiNo hasn’t been the only spot in town where he sold a portfolio for a big gain. He sold a string of old Army warehouses in Clayton for $76.6 million in early 2020.

Edens, meanwhile, has expanded its holdings beyond what it initially bought from Wolf. As of early January, the firm has spent more than $75 million within a few blocks since it entered the Denver market with the 2018 deal.

Correction: Wolf’s description of Edens’ desired parameters for the appraisal process, in the 17th paragraph, has been updated.

Ken Wolf is a co-owner of Il Posto. He is suing his landlord for the right to extend the restaurant’s lease. (Thomas Gounley photos)

“We should be acting like partners, not adversaries,” he said of the firm that paid $55 million for his real estate holdings, making him its biggest local tenant.