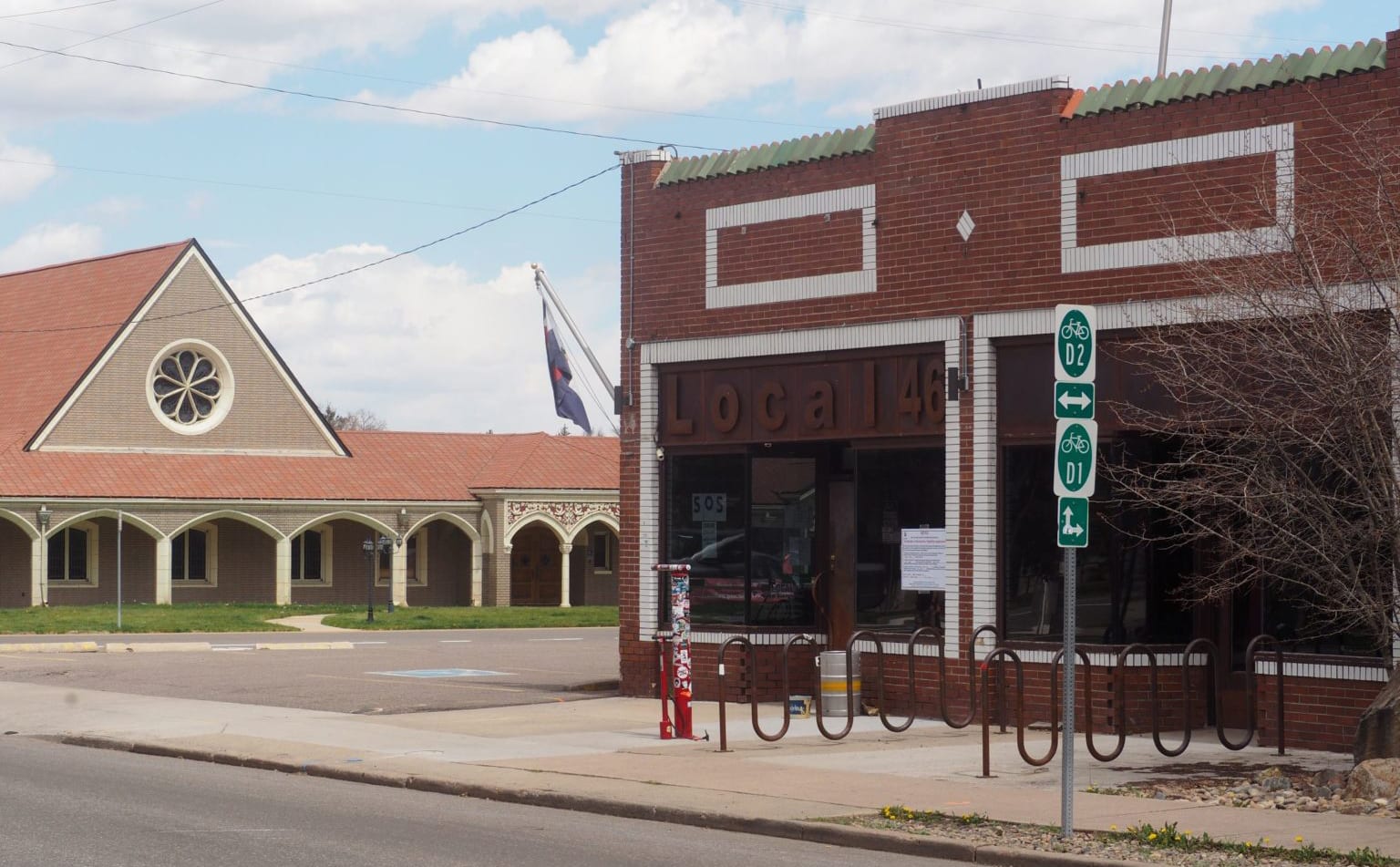 The 4586 N. Tennyson St. building is used by bar Local 46, which plans to move to a new location later this year. (BusinessDen file)

A pair of Denver-based development firms that are teaming up on four local projects have closed on their second land purchase.

Revesco Properties and Alpine Investments paid $8.06 million across two deals earlier this week for multiple parcels at the southeast corner of 46th Avenue and Tennyson Street in Berkeley, according to public records.

The lots add up to 1.24 acres, meaning Revesco and Alpine paid about $149 a square foot for the land.

The companies plan to build a three-story apartment complex with ground-floor retail space at the site, according to a development proposal submitted to the city in May.

Revesco — led by Rhys Duggan, and known for being the firm planning to eventually redevelop the Elitch Gardens amusement park site — and Alpine, led by Churchill Bunn, said earlier this month they would partner on four projects in Denver expected to cost about $135 million.

The companies already own the land for a planned project at 955 Bannock. They do not yet own the other two development sites, one of which is 2009 Chestnut Place, an undeveloped lot in the Union Station North neighborhood.

In Berkeley, the firms paid $7.1 million for the 4556, 4568, 4576, and 4586 N. Tennyson St. parcels. That includes the building used by the Local 46 bar, which plans to move to a new spot along 38th Avenue, and another previously used by Berkeley Park Running Co., which will soon reopen in Wheat Ridge.

The development proposal for the site submitted in May called for 90 units and about 5,500 square feet of retail space, as well as 95 parking spaces. It also proposed incorporating the facade of the Local 46 building into the planned structure, although Bunn said the companies are still determining if that’s feasible.

“We haven’t made a definite decision yet on the use of the Local 46 façade,” Bunn said. “We’d like to, but there are several factors in play, including neighborhood feedback, city requirements for finished floor elevation, and structural challenges.”

Prior to Alpine and Revesco, Washington-based apartment developer Holland Partner Group had explored building at the site.

The 4586 N. Tennyson St. building is used by bar Local 46, which plans to move to a new location later this year. (BusinessDen file)

Two Denver-based firms plan to build a three-story apartment complex on the 1.2-acre site with 90 units and about 5,500 square feet of retail space.