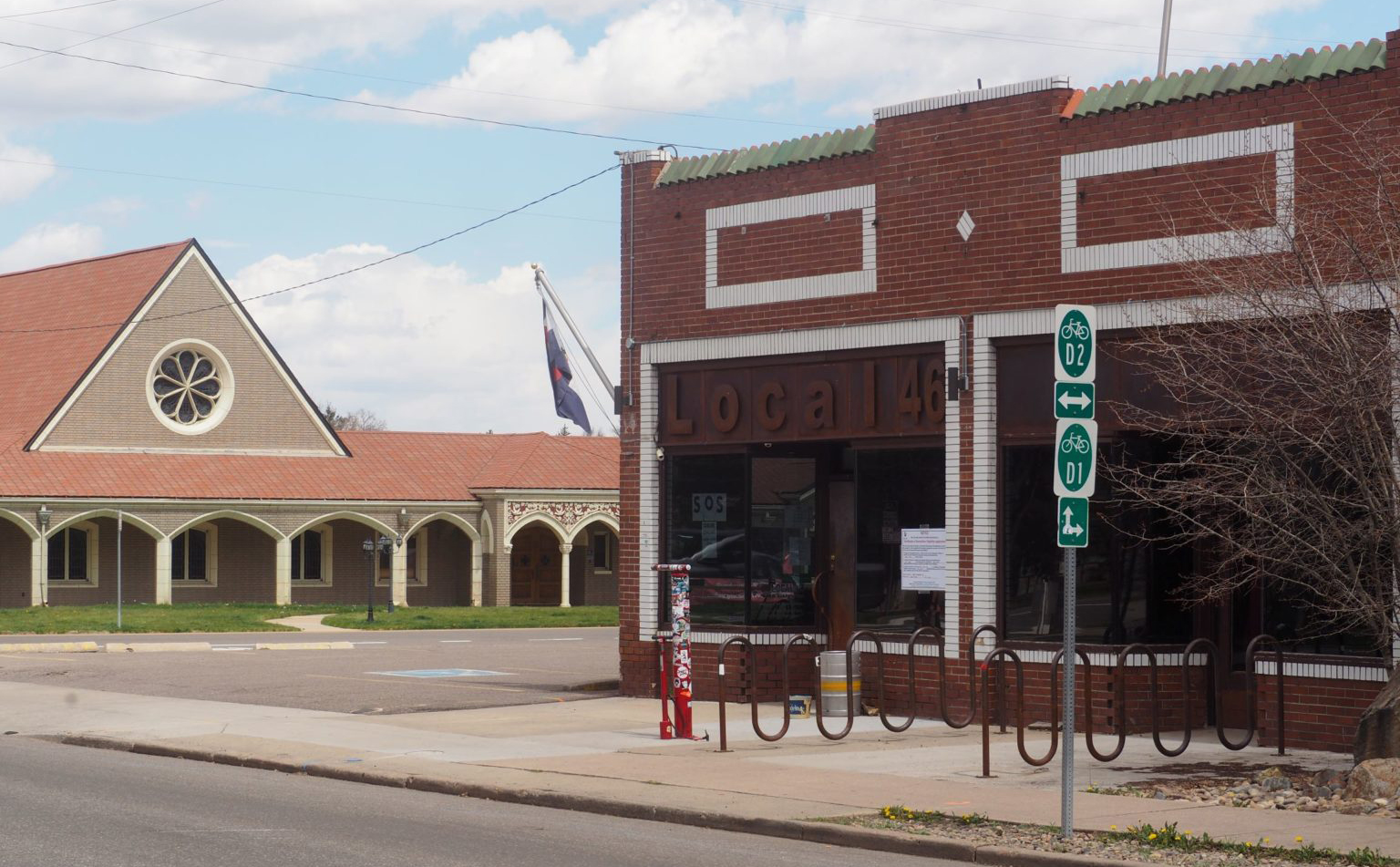 The 4586 N. Tennyson St. building is used by restaurant Local 46, which plans to move to a new location later this year. (BusinessDen file)

A new company wants to take a stab at redeveloping the southeast corner of 46th Avenue and Tennyson Street — one that’s already building along the Berkeley retail corridor.

Denver-based Alpine Investments, led by Churchill Bunn, submitted a concept plan to the city earlier this month, proposing a three-story, 90-unit residential complex at the site.

Washington-based developer Holland Partner Group last year proposed a three-story, 130-unit complex at the site. But Jeff Laws, a member of the entity that owns the property, told BusinessDen in February that Holland was no longer under contract to buy it.

There are several buildings at the site now, most notably the one at 4586 N. Tennyson St. used by restaurant Local 46, which plans to move to a new location later this year.

A rendering of the project shows the planned incorporation of the Local 46 building facade. (Courtesy of public records)

In the development proposal, drawn up by Denver’s Santulan Architecture, architect Harsh Parikh noted that Alpine is proposing to preserve the front facade of the Local 46 building, incorporating it into the new structure. He wrote that was due to “a strong desire expressed by the neighbors.”

Alpine completed its first ground-up development last year, a 44-unit condo building at 1735 Central St. known as Edge LoHi. Then, in the summer, the company began construction of a six-story apartment building in the 3800 block of Tennyson Street.

Alpine also recently rethought plans for a site it owns in the Golden Triangle. It proposed an apartment building at 955 Bannock St. last month, after planning for years to develop office space at the site.

The 4586 N. Tennyson St. building is used by restaurant Local 46, which plans to move to a new location later this year. (BusinessDen file)

Alpine Investments wants to incorporate the front facade of the Local 46 building into a new three-story, 90-unit residential complex.