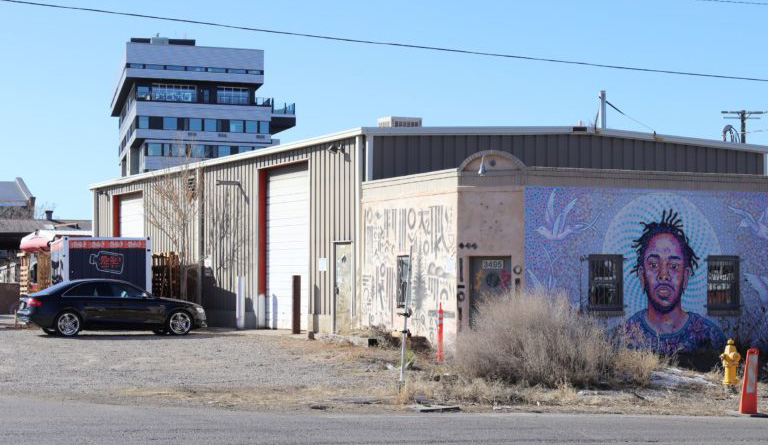 A view of the 3495 Wynkoop St. lot, with the Source Hotel in the background. (BusinessDen file)

A development firm planning its first project in RiNo has shifted gears in the wake of the pandemic.

Katz Development, led by Andrew Katz, originally proposed a seven-story hospitality project on the 0.29-acre lot at 3495 Wynkoop St. in early 2020. It would have been somewhat hostel-like in nature, with a number of shared bunkrooms alongside private rooms.

But the Denver-based company submitted new plans for the site to the city this week. Now, the firm wants to build a 12-story apartment building, with 95 units.

Katz attributed the change to the pandemic.

“There’s a lot of uncertainty with capital markets for hospitality because of COVID,” he said.

On the ground floor, the plans call for about 1,000 square feet intended for something like a coffee shop, as well as some coworking space for residents. An automated parking system would have space for 91 vehicles. There would be decks on the fourth and sixth floors, along with the rooftop.

Katz worked for SullivanHayes and Denver-based Westfield Co. before leaving the latter in 2019 to focus on project planning full-time. It’s a family affair — he’s working on it with his father Scott, who has developed retail and multifamily projects in the Midwest, and his younger brother Adam.

The family paid $1.81 million for the 3495 Wynkoop St. lot in June 2017, according to public records. Right now, there’s an industrial building on the site.

The site is zoned for up to eight stories, but is within the zoning overlay district established around RTD’s 38th and Blake station. That overlay allows developers to build higher than the standard zoning if they meet certain requirements regarding income-restricted housing.

Another planned RiNo project that changed due to the pandemic is Flora, a 12-story building slated for the corner of 35th Avenue and Chestnut Place that will now be apartments instead of condominiums.

A view of the 3495 Wynkoop St. lot, with the Source Hotel in the background. (BusinessDen file)