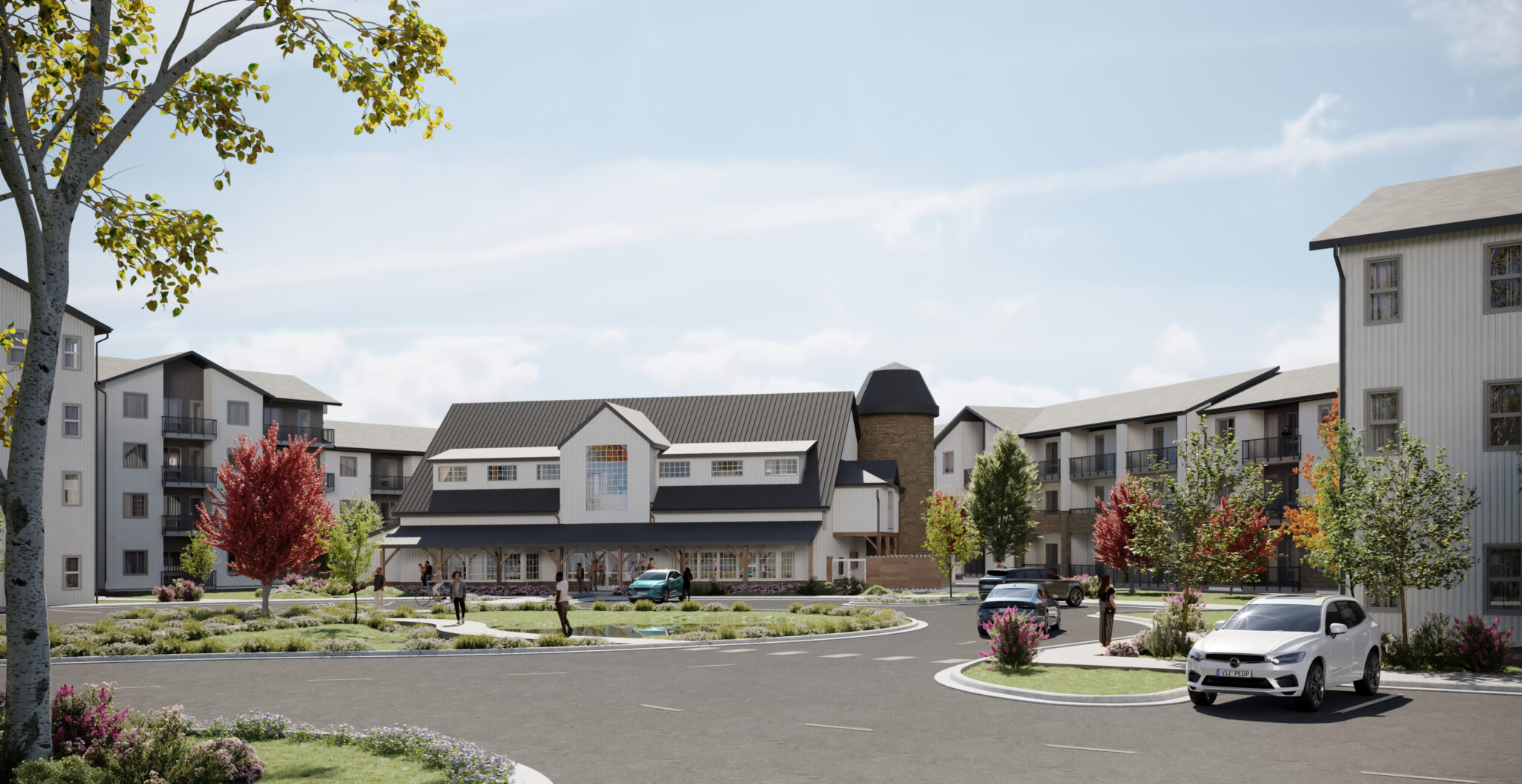 A rendering of a planned 202-unit apartment complex called Novel White Fence Farm at 6263 Jewell Ave. It will consist of multiple three- and four-story buildings. (Courtesy of Crescent Communities)

A Charlotte-based apartment developer has bought the site of a planned Lakewood project, concluding a messy purchase process that ended litigation.

Crescent Communities said last week that it and financial partner ParkProperty Capital had closed on the purchase of the 7.36-acre site at 6263 W. Jewell Ave., previously home to the White Fence Farm restaurant, which closed in 2018.

The sale price was $4.68 million, according to Fuller Real Estate, whose brokers Bob Leino and Andrew Dodgen represented the seller. That works out to about $14.60 a square foot for the land.

Crescent said it plans to build a 202-unit apartment complex called Novel White Fence Farm at the site. It will consist of multiple three- and four-story buildings.

Construction is beginning this month, according to the company, and the first units should be complete in early 2023. UMB Bank is providing construction financing.

In addition to the 22,586-square-foot restaurant, which could seat 600, the property had a gift shop, petting zoo and 12,500-square-foot barn used for entertainment. Crescent said it will repurpose the barn to serve as a clubhouse for the complex.

Fuller Real Estate said Crescent put the property under contract in August 2018, a few months before the restaurant known for its fried chicken closed.

In February 2020, Crescent Communities and C&P Properties LLC — the then-owner of the property — sued the city of Lakewood, indicating the project had been derailed by a measure recently adopted by Lakewood voters that capped the city’s housing growth.

The company claimed in the lawsuit that city staff and the Lakewood City Council repeatedly told Crescent that its project and three others for which building permits had been submitted and accepted would be allowed to move forward despite the vote because of an “Authority to Continue” provision included in the law.

But the company said that the council subsequently approved a resolution that allowed the other three projects to move forward, but not Crescent’s.

In late 2020, both parties said in court documents that they were in the process of drafting a settlement that would establish “a process that would allow Crescent to proceed to obtain approval of a modified redevelopment project that is the subject of this lawsuit.”

Crescent didn’t reference the lawsuit in announcing the project last week, although it did include a statement from Ben Krasnow, the company’s managing director for the mountain states.

“Over the past two years, our team has worked diligently with the City of Lakewood and our future neighbors to ensure that this project will not only have a lasting, positive impact on the area, but will also fit naturally into the neighborhood’s identity,” Krasnow said. “We are deeply appreciative of the collaboration from all sides throughout the planning process, and we look forward to continuing to work closely with the Lakewood community as we near groundbreaking.”

Crescent Communities is already constructing one project in Denver at 1300 40th St. in RiNo. The firm has also proposed a project in the 1500 block of Logan St. in Uptown but it does not yet own that site.