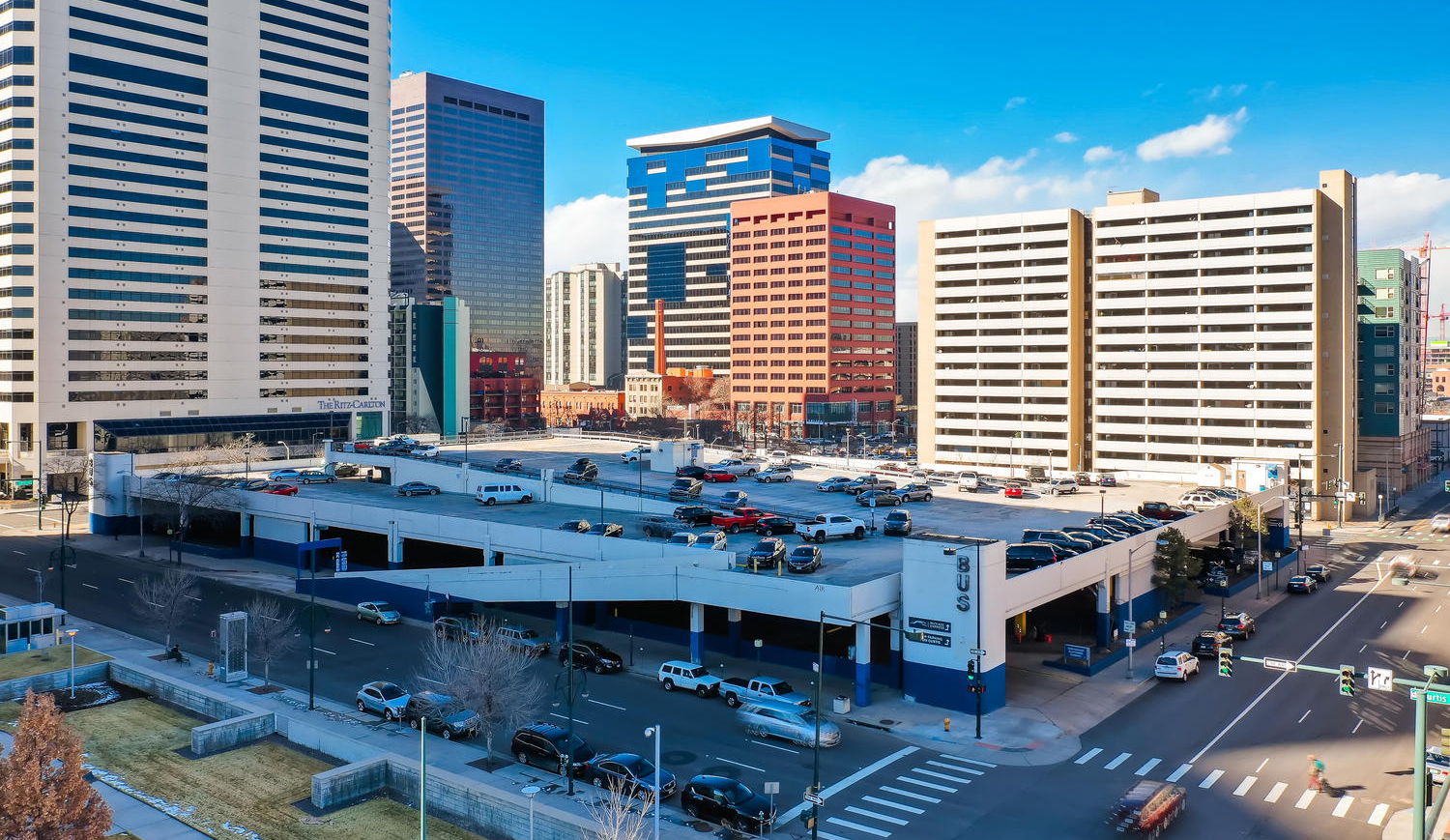 The new owners of the former Greyhound bus station in downtown Denver have submitted a development proposal for the full city block.

The plans submitted by Chicago-based Golub & Co. and New York-based Rockefeller Group call for two 400-foot towers on the 2.45-acre site — one office and one residential.

The head of Golub’s Denver office didn’t respond to requests for comment. But the plans show that the 38-story residential tower would be at the corner of 19th Street and Curtis Street. The 28-story office tower would be on the eastern portion of the block, spanning 20th Street between Curtis and Arapahoe streets.

Each structure would have multiple restaurant and retail units at street level, about 32,000 square feet in all.

The towers would sit atop three levels of underground parking. The office tower would then have additional parking on its lower floors, but the residential tower would not, the plans indicate. In all, there would be about 1,050 parking spaces.

The residential tower would have 479 units, 331 of which would be studios or one bedrooms, according to the plans. In all, 515,805 square feet would be devoted to residential use. The plans do not indicate whether the units would be condos or apartments.

The office tower would have about 732,000 square feet of space.

The plans do not contain a detailed rendering.

Greyhound put the property on the market in April 2019, and stopped using the bus station last fall, moving operations to Union Station.

Golub and Rockefeller paid $38 million for the block, which has the address of 1055 19th St., in December. At the time, the companies said only that they were planning a “large-scale, mixed-use development.”

Toronto-based developer First Gulf had previously been under contract for the site, and in March 2020 submitted its own development plans. The company also wanted to build two 400-foot towers, one office and one residential. But the structures would have shared an above-ground parking podium.

The Greyhound site project is the first time that Golub & Rockefeller have teamed up, and it’s the first project in Colorado for Rockefeller. Golub, meanwhile, has multiple other Denver projects in the works. The firm and Denver-based Formativ own a site by the 38th and Blake rail station in RiNo, as well as 13 acres in Denargo Market that were recently rezoned.