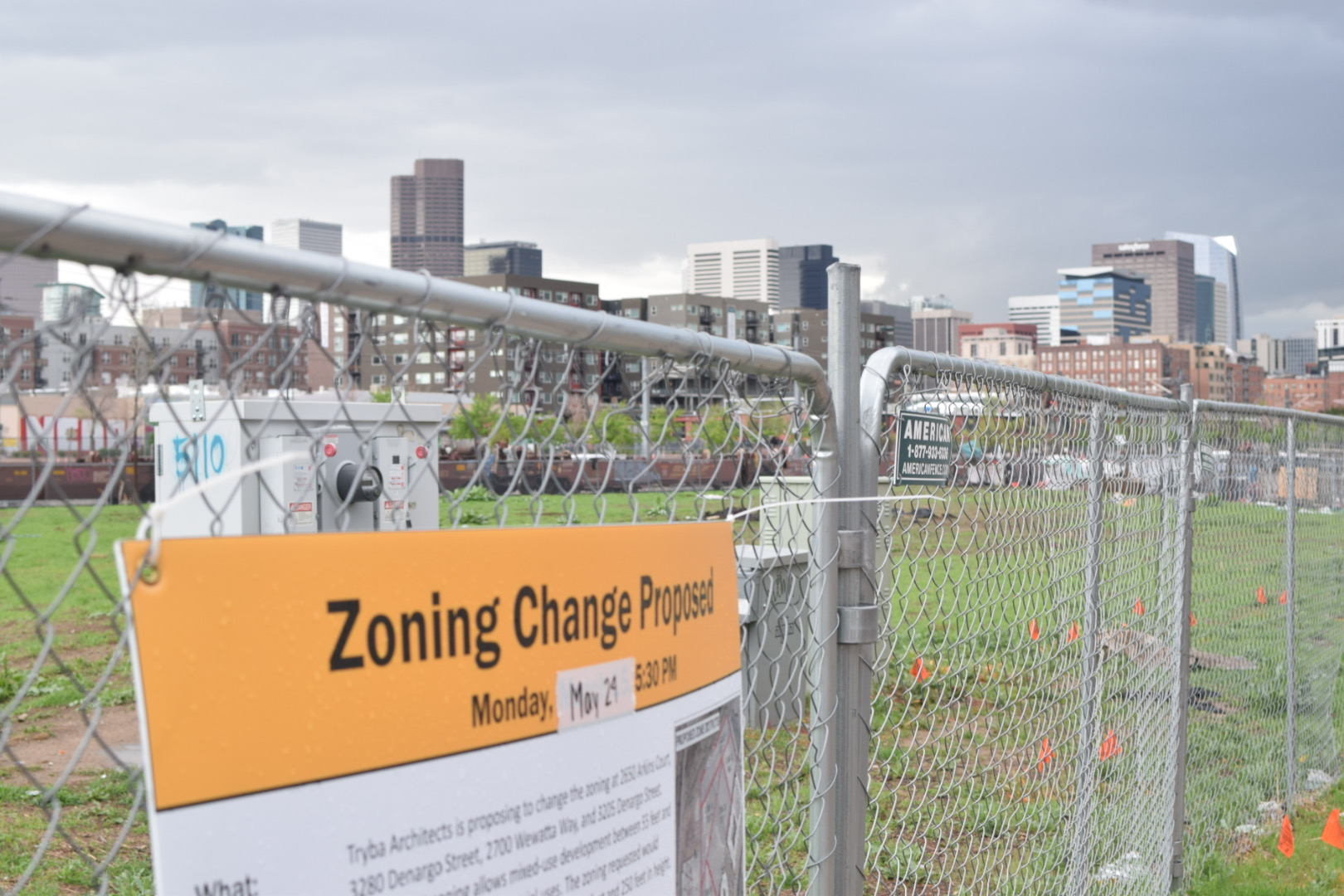 Signs announce Monday’s hearing for the rezoning of nearly 13 acres in RiNo’s Denargo Market area at the site of the proposed redevelopment. (Cuyler Meade photo)

Roughly 13 largely undeveloped acres in Denargo Market that sold for $86 million in 2019 have been rezoned.

The sole no vote came from Councilwoman Candi CdeBaca, who represents the area.

The properties were purchased in 2019 by Denver-based Formativ and Chicago-based Golub & Co., which are also partners on a planned office project elsewhere in RiNo formerly known as World Trade Center Denver.

“We’re very fortunate as a three-generation family business to be able to commit and invest along this stretch along the South Platte for many years to come,” Golub & Co.’s Laura Newman told council members. 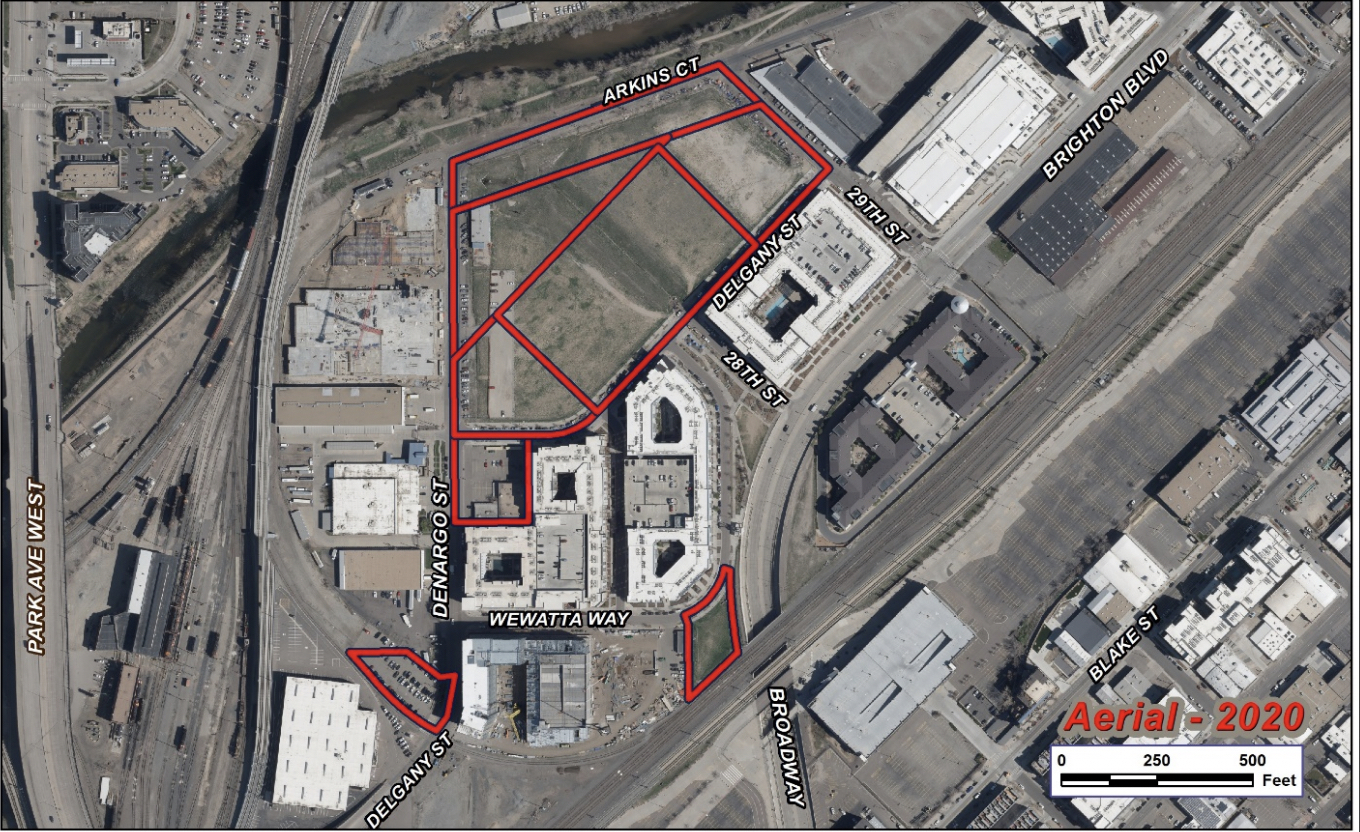 An aerial view of the Denargo Market area rezoned for residential development.

The land is in the same part of the city as a site that the council declined to rezone last spring, on the grounds that, at 10 percent, a different developer’s planned apartment project didn’t voluntarily include enough income-restricted units.

As part of a corollary development agreement, which was also approved 12-1, Golub and Formative committed to restricting 15 percent of the residential units built at their site, whether for-rent or for-sale, to those making up to 80 or 100 percent of the area median income. Additionally, the commitment includes dedicating 25 and 30 percent of that portion, for rent and for sale, respectively, to lower AMI.

The plans also referenced dedicating at least 40 units to youth and young adults who are particularly down on their financial luck.

“This project will build housing for youth experiencing or exiting homelessness,” Councilwoman Robin Kniech said. “Those youth exist in this neighborhood.”

CdeBaca said the affordable housing commitment was not big enough.

“I’m concerned we’re setting the bar so low in a place where we’ve heard multiple times we do not have any affordable housing,” CdeBaca said. “The need is so much greater there, and I don’t believe this meets the criteria of advancing public welfare in the area. I’m wishing we got something else.”

Some of the dozens who spoke in the public hearing portion of the meeting voiced similar concerns. But, as noted by some council members, the city is not actually legally able — yet — to require a certain amount of affordable housing be included in market-rate development. That might change very soon, as House Bill 1117 sits on the desk of the governor to give municipalities that very power.

But, Kniech pointed out, along with other council members, that might not have changed things here.

“I’m not sure this project would’ve turned out differently if 1117 were the law of the land. Inclusionary housing is at the end of the day a market-based tool,” Kniech said. “It’s about people buying land at a market rate, that have investors they have to pay back, and then leveraging affordable housing within it.”

Signs announce Monday’s hearing for the rezoning of nearly 13 acres in RiNo’s Denargo Market area at the site of the proposed redevelopment. (Cuyler Meade photo)