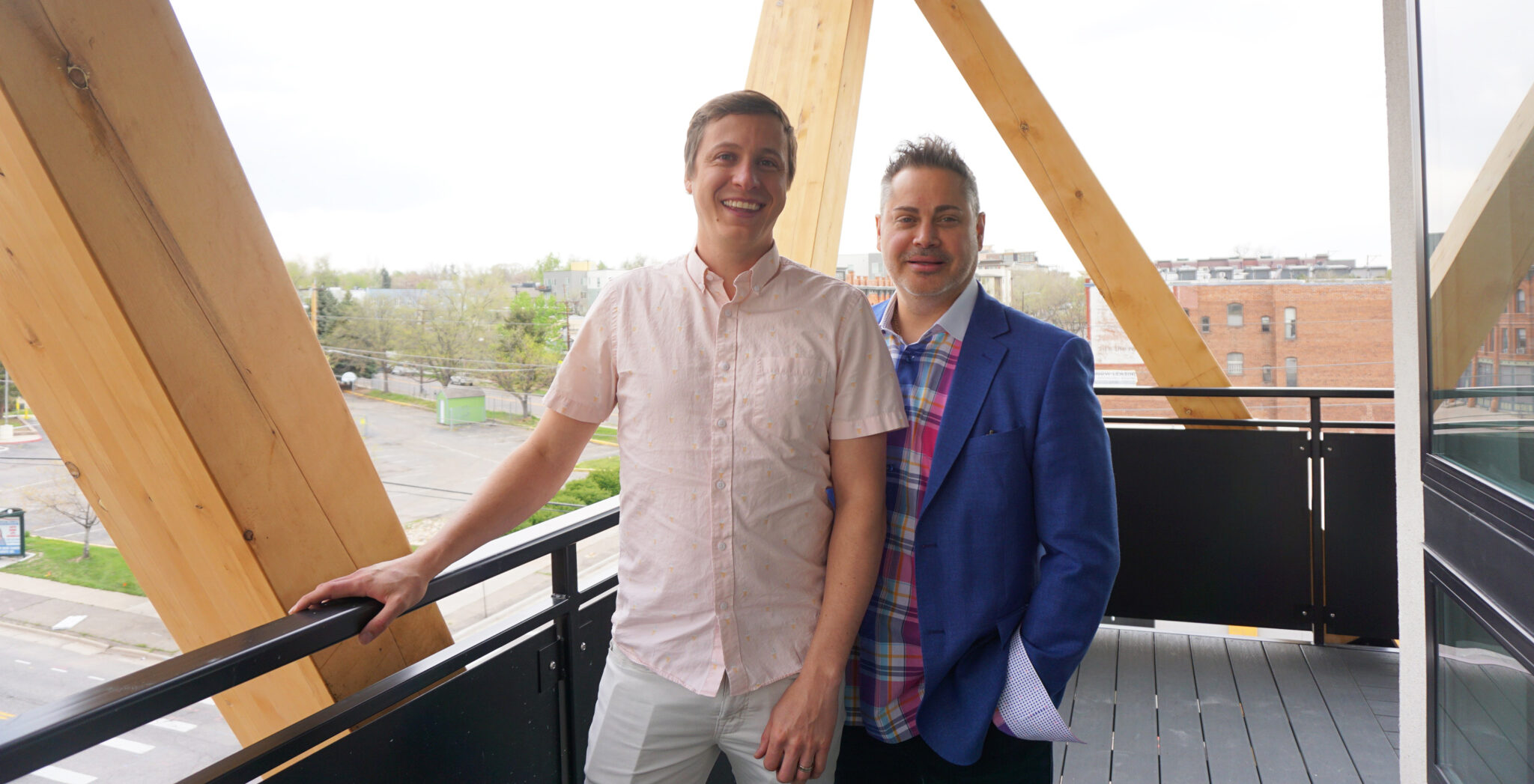 Denver-based Urban Green Development last month completed Espadín, a five-story project at the corner of 29th Avenue and Zuni Street in LoHi that it calls a “condotel.”

“In a market that’s working very diligently to not allow anything more than a primary residence short-term rental license, we wanted to work with the city to at least offer an option,” said Urban Green founder Scott Kiere.

Urban Green bought the 0.38-acre lot in 2015 for $3.2 million and broke ground three years later. The 46-unit project was initially dubbed Lighthouse Lofts and marketed for sale as condos throughout 2019.

In February 2020, Urban Green rebranded the project Espadín to “vertically integrate” it with the building’s ground-floor restaurant Cantina Loca, Kiere said. He co-owns the restaurant, as well as Doña Loca, the mezcal and tequila business that it will showcase. Espadín is the name of one of the company’s mezcals.

Once the pandemic dust settled, the development team decided to go a different direction with Espadín. In October, they hired Re/Max Professional’s Team Denver Homes to relist the condos, specifically targeting buyers who didn’t plan to move in but wanted to rent their unit out on sites like Airbnb. 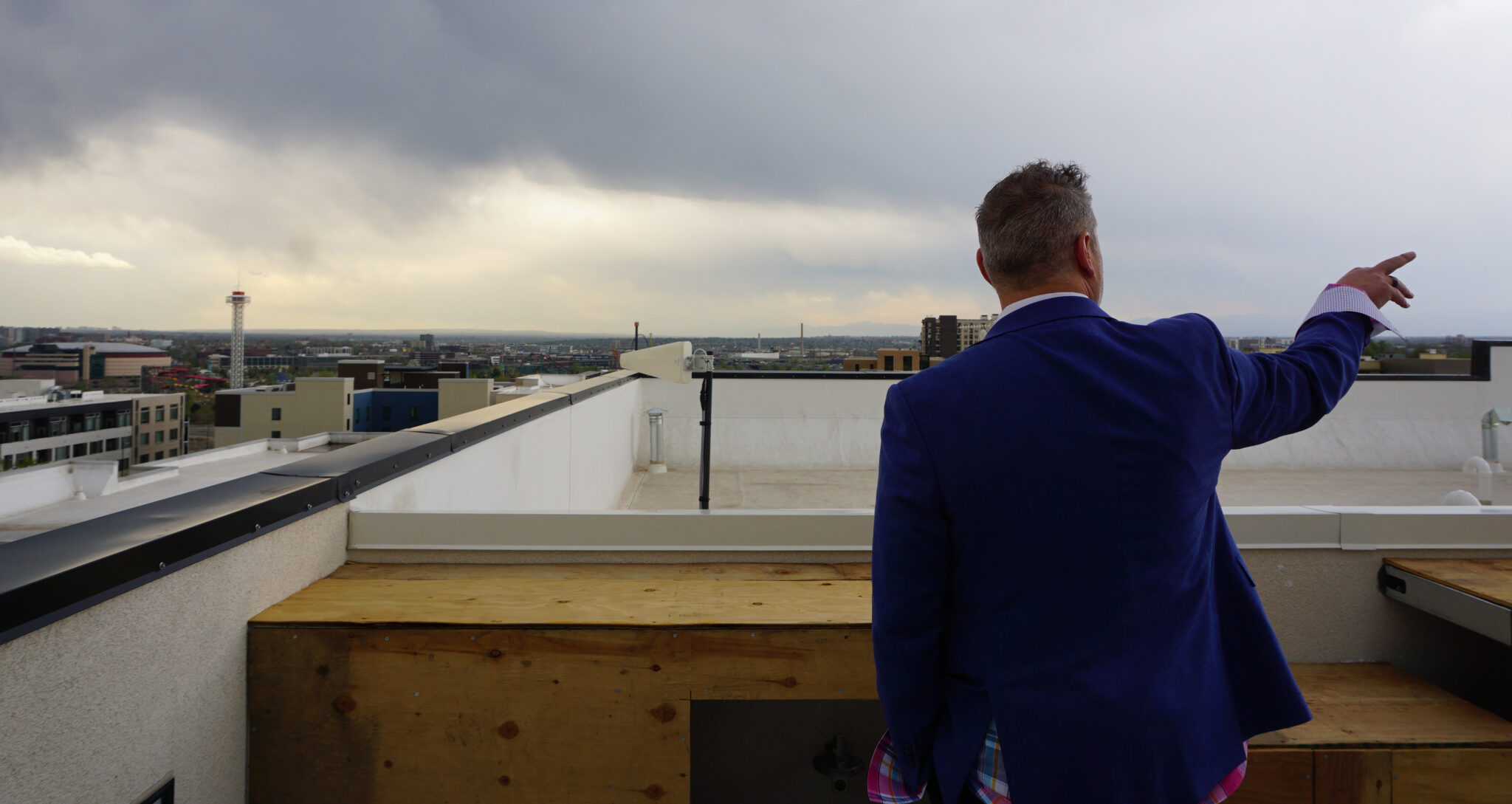 “We hadn’t sold any units at that point due to COVID and other factors. But once we signed on with Team Denver Homes they introduced us to a whole pool of investors,” Kiere said.

Denver grants short-term rental licenses to landlords renting out a “primary residence,” in part to ensure there’s plenty of housing for long-term residents. Enforcement of that provision has escalated in recent years. In 2019, four individuals suspected of lying about a property being their primary residence were charged with a felony, although the charges were ultimately dismissed last year.

Espadín is not subject to the primary residence requirement because owners of the units don’t apply for a short-term rental license. Rather, the building itself has a lodging license — the same license a hotel needs to operate.

“We always know that short-term rentals are and will continue to be a popular option in Denver,” Urban Green Project Manager Nate Sandberg said. “When a lot of people started getting shut down due to the primary residence requirement, we realized there was going to be a huge lull in the market for this type of product.”

Upon purchase, buyers can choose to live in the condo full-time or use the lodging license and opt-in to a rental program, which is managed by Denver-based Effortless Rental Group. Guest House, a local staging company, furnishes the short-term rentals. The management company, which charges owners a monthly fee, also provides housekeeping and front desk services.

“The idea is similar to a mountain town condo, like in Breckenridge, but this would be one of the first in Denver,” said listing agent Mor Zucker with Team Denver Homes.

Urban Green Development first tested out the lodging license and “condotel” model on Factory Flats, its 24-unit building at 3198 Blake St. in RiNo. The team listed a handful of units within the building for short-term rent as RiNo Art Lofts on Airbnb, VRBO and other sites in 2019 and through the pandemic.

“The numbers we saw were very promising, especially during the pandemic, and was basically our proof of concept for Espadín,” Sandberg said. 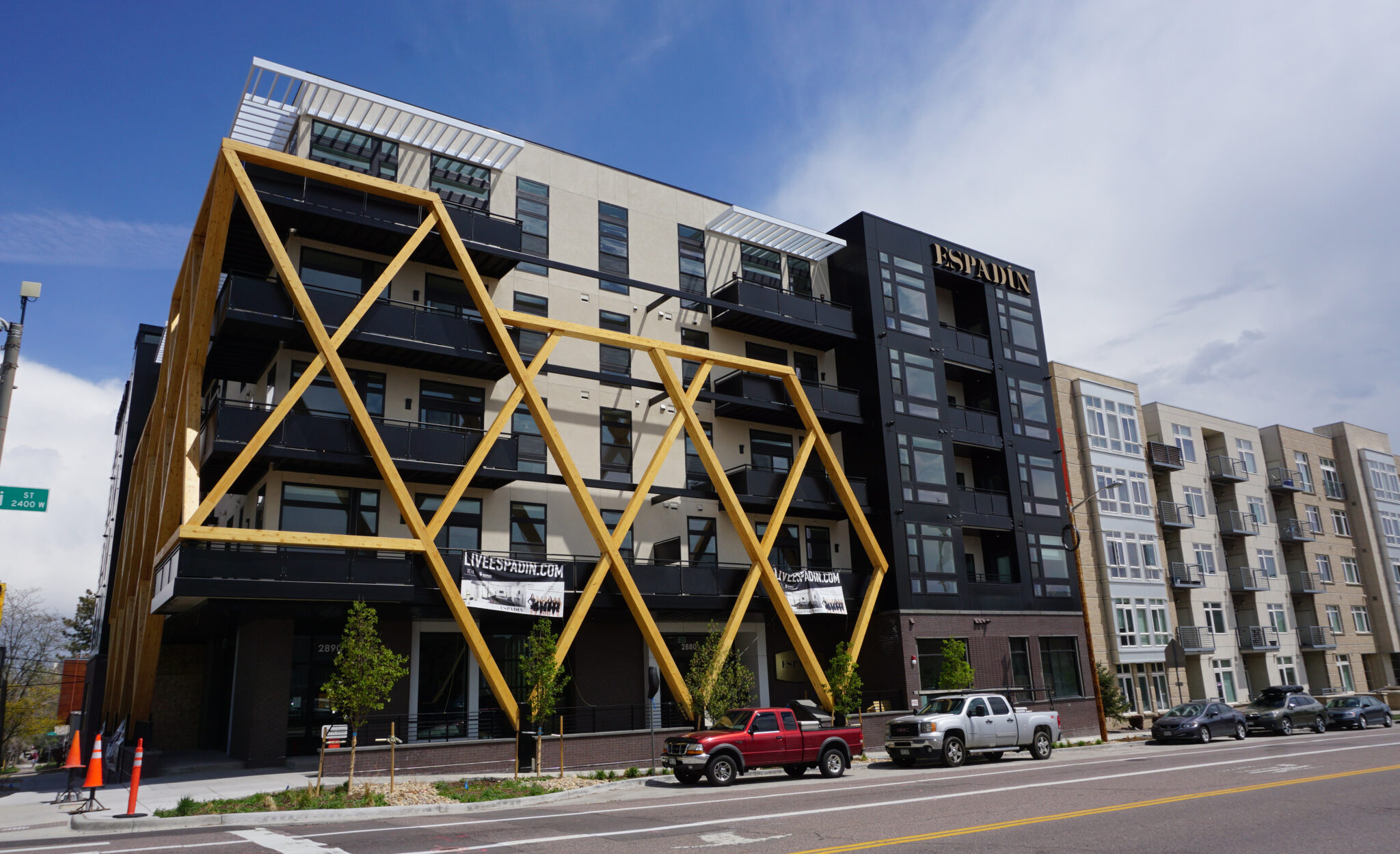 Espadín’s condotel model gives buyers the option to own a short-term rental property that’s not their primary residence.

Espadín’s model isn’t entirely unprecedented. Out-of-state companies like Kasa, Mint House and Sonder already get lodging licenses from Denver for entire apartment buildings or large blocks of one, and then operate the units solely as short-term rentals. But those companies generally lease all the units, or strike some sort of management agreement with the landlord.

Because Espadín is a condo building, the units there are individually owned. There are similar projects in other cities.

“There aren’t many condo developers in Denver anyway because there’s a lot of risk that comes with condominiums,” Sandberg said. “The short-term rental model is becoming more and more popular, but nobody really figured out how to utilize the two asset classes together.”

He added, “Condotels aren’t new in Miami or places across the country, but it’s new to Denver because people were just renting out their own investment properties before the city started cracking down. So, that’s how we found that niche to step into.”

Zucker said all but three have sold since hitting the market in October, and every unit besides two were sold with the intent to become short-term rentals.

“I’m a broker that has many investors under my belt, so it was easy to shift the sales to short-term rentals and give them the option for a nice, legal return,” Zucker said.