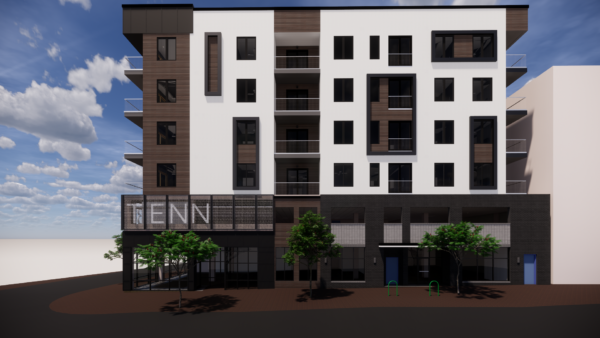 A rendering of the project as seen from the west. (Courtesy Alpine Investments)

A six-story project planned for Tennyson Street is approaching groundbreaking.

Denver-based Alpine Investments, led by Churchill Bunn, expects to begin demolition of the existing one-story building at 3870 Tennyson St. in the coming days, then start construction of a six-story, 39-unit apartment building.

Bunn said the building will have about 4,600 square feet of ground-floor retail space, and 45 parking spaces on the first and second floors. Julie McBrearty of Legend Partners and Sam Zaitz of JLL are handling the retail leasing. The apartments, which will range from about 500 to 1,400 square feet, will be on floors three through six. 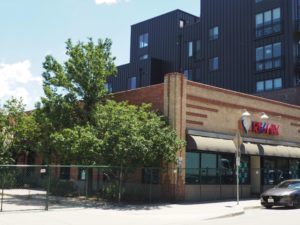 The existing single-story building at 3870 Tennyson St. is set to be demolished. (Thomas Gounley)

TreanorHL is the project architect. I-Kota Construction is the general contractor.

“We sat back and pushed pause for a good 45 days from the middle of March,” he said.

Once his team resumed moving forward, “it seemed like everything was taking longer,” perhaps because most people were working from home. But the project’s lender, First Western Trust, finalized the construction loan at the end of last week.

Bunn said every unit will have its own air and heating system, but he still expects to spend part of the coming months studying what else he can do to make the building attractive to virus-wary future tenants by fall 2021, when completion is expected.

“This fall we’re really going to dig in with our contractor and our design team,” he said.

Alpine purchased the 0.32-acre parcel at the corner of Tennyson Street and 39th Avenue in March 2019 for $3 million. The building was previously home to Re/Max and G.J. Gardner Homes. The latter moved its offices to a former auto repair shop four blocks away.

On Tennyson, Bunn said he opted for apartments because the price per square foot of nearby townhome sales wasn’t high enough to justify the “additional risk, perceived or otherwise,” of condos.

“We believe there’s absolutely a for-sale demand in Denver, but we never really felt like the condo market was as deep in the Tennyson area,” he said.

Edge LoHi was completed in April, right in the middle of what would normally be the homebuying busy season, but this year was a statewide lockdown. Of the 44 units, Bunn said 25 sales have closed, and another four are under contract.

“It likely had an effect — it’s hard to quantify,” he said, adding that the company remains overall pleased with the results.

Alpine also owns a lot along Bannock Street in the Golden Triangle, where it’s proposed a 10-story office building. Bunn walked away from a potential lease deal with WeWork last year, ahead of the company’s well-publicized struggles. He said timing of that project is largely dependent on a new tenant committing to space. 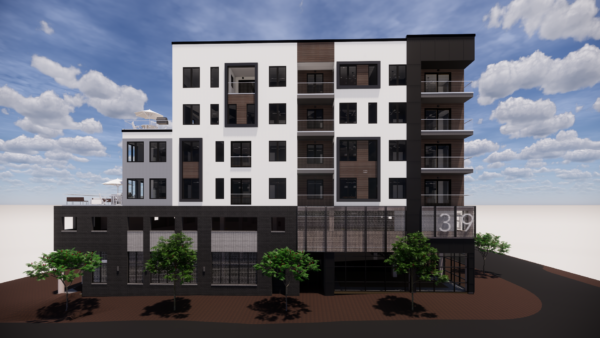 A rendering of the project as seen from the north. (Alpine Investments)

A rendering of the project as seen from the west. (Courtesy Alpine Investments)