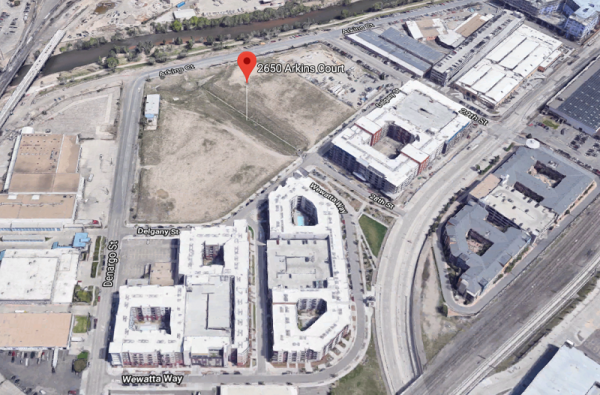 The sale included approximately 13 acres, the largest parcel of which is 2650 Arkins Court. (Google Maps)

The two companies confirmed Thursday that they and an unspecified institutional investor also purchased 13 acres this week in the Denargo Market section of RiNo.

Acting as JV Denargo LLC, the companies purchased the land from a joint venture formed by Denver-based firms Brue Baukol Capital Partners and KAGE Partners. That joint venture, in collaboration with Tice Capital, paid $33.45 million in December 2015 for the parcels: 2650 Arkins Court, 2700 Wewatta Way and 3205 and 3280 Denargo St.

This week, Formativ and Golub paid $86 million for the land, public records show, netting the seller a 157 percent premium in three and a half years. The sale price works out to approximately $150 a square foot.

The 2650 Arkins Court parcel accounts for the bulk of the deal, measuring in at approximately 11 acres. The other, smaller parcels are within a block or so.

Chad Brue, founder of Brue Baukol Capital Partners, did not respond to a request for comment Thursday.

Formativ, led by Sean Campbell, and Golub said in a joint statement Thursday that they plan to develop a mixed-use project at the site, but did not provide specifics or a development timeline. A Formativ spokeswoman said the companies weren’t commenting on the deal beyond the statement.

Earlier this week, Formativ announced it has brought in Golub to co-develop the office portion of its proposed World Trade Center Denver project, near the 38th and Blake commuter rail station in RiNo. The partnership was foreshadowed by the companies’ purchase last month of an office building along RiNo’s Walnut Street.

Denargo Market is a former marketplace just off the Union Pacific Railway, bounded by Brighton Boulevard, 29th Street, Arkins Court and Denargo Street. The market, which opened in 1939, boasted upwards of 500 merchants at its peak.

The site was master planned for redevelopment by Texas-based Cypress Real Estate Advisors, and a number of massive apartment complexes by that company and others. While the area is largely residential now, coworking giant WeWork leased a nearby building earlier this year. 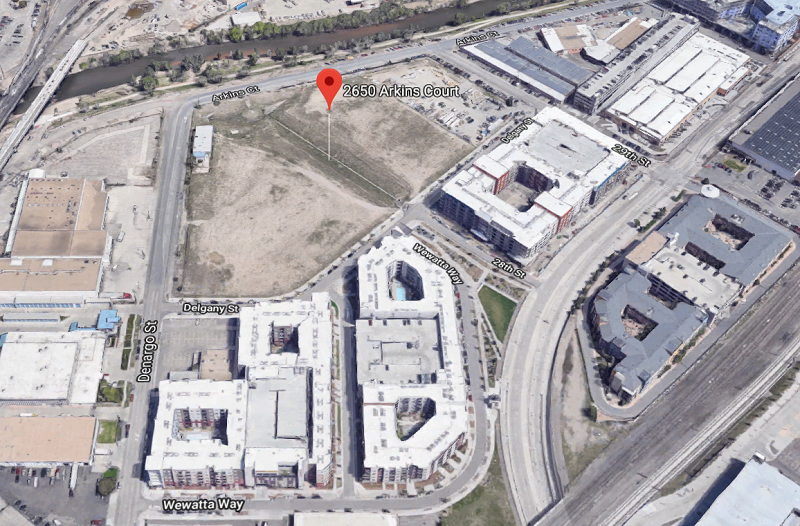 The sale included approximately 13 acres, the largest parcel of which is 2650 Arkins Court. (Google Maps)