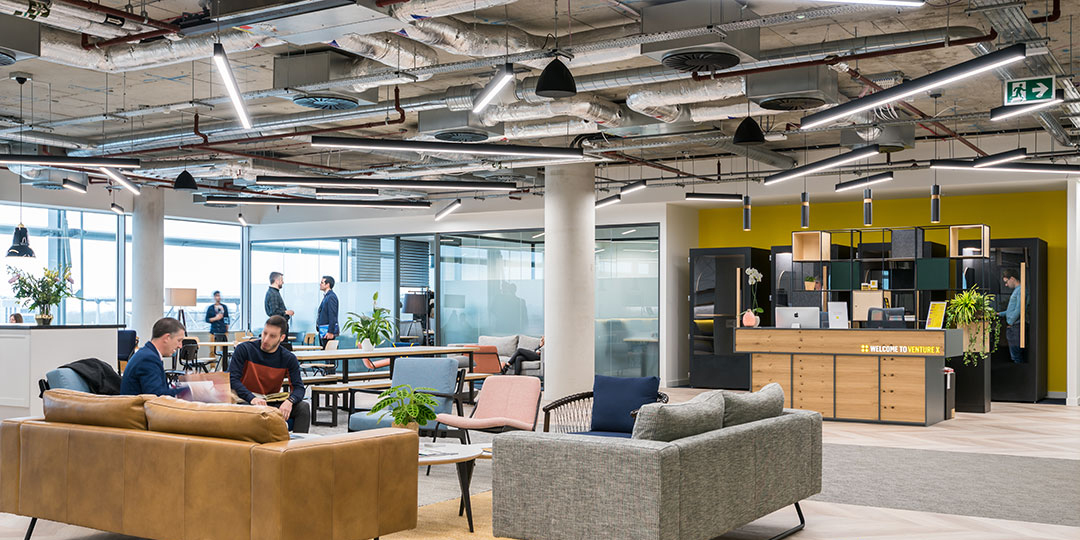 A rendering by Venture X shows what the international brand has in mind for the former Modworks space. (Images courtesy of Venture X – Denver Downtown)

A coworking space in the Petroleum Building in Upper Downtown is under new ownership.

Modworks is now Venture X, as the international coworking brand continues to expand its reach in Denver. Paul Sheperd is the owner of the new spot on 16th Street.

“I’ve been looking for an opportunity coming out of the downturn, and I definitely think coworking is going to be a big thing as we come out of coronavirus and with the economic recovery,” Sheperd told BusinessDen by phone Thursday. “Talking to a lot of people, I see that a lot of companies aren’t coming back to the office, or if they do it’s a few times a week. I think a lot of people will be left working at home, and they’ll be looking for a way to be social again.”

Modworks, which occupies the 13th and 14th floors atop the historic building, was owned by John Borst prior to the sale.

“We weren’t really looking to sell at the time, we were kind of gearing up to refill the space actually,” Borst said. “We got hit pretty hard from COVID, but were planning on chugging along. Then Paul and Venture X reached out and they were looking for an existing space. (We) started a conversation on what they could bring to the table and what they were looking for.”

“For me it came down to being in the flex workspace industry about seven years, and I was teetering on the edge of wanting to continue in it and rebuild or look for an exit,” Borst added. “This worked out.”

The sale was finalized May 6. Venture X has a franchise model, with individual locations under singular ownership. This is Sheperd’s first location but the company’s third in Denver and fourth in the metro area. 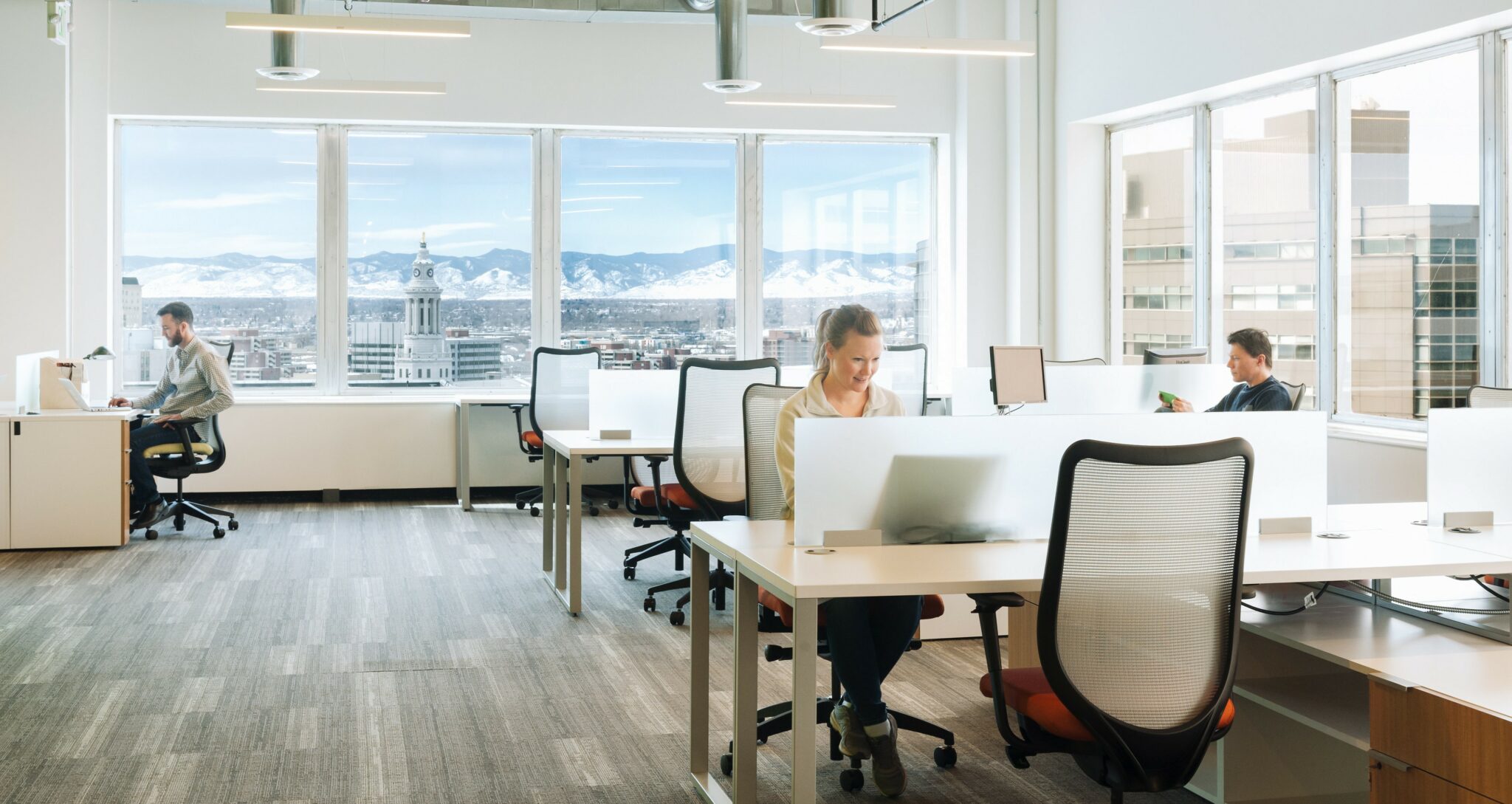 Modworks, which occupied the 13th and 14th floors atop the Petroleum Building in Upper Downtown, has been purchased and rebranded as Venture X.

Venture X recently bought Craft Coworking in Five Points and also has a space in the Colorado Center at 2000 S. Colorado Blvd.

“I picked Venture X because I think having a very large organization as an experienced operator provides a better member experience,” Sheperd said. “Members get reciprocity across all Venture X locations in the world — 45 in the U.S. and about 100 in the works. They’ve grown fast over the years.”

Sheperd said he has some renovations planned for the 25,000-square-foot space, which currently houses about 45 tenants. But, he said, Modworks was working with some pretty special real estate already.

“Thirteenth floor used to be a ballroom for the Petroleum Club,” he said. “So really high ceilings, huge windows, lots of light. The 14th is phenomenal, wraparound, 360-degree balcony, all the exterior offices have a private patio door for a balcony, and a great event space. Views of the front range, downtown, the Capitol building, the courthouse. It’s great.”

Sheperd said he came to Denver in 2013, working in oil and gas after about a decade in Europe. This is his first time owning something of this size.

“We’re looking to make some upgrades throughout the next year to the property to leave it better than I found it,” he said. “Don’t want to detail just yet what we’re planning — I think our members should hear it from me first. But we’re going to be investing and sprucing things up.”

The coworking industry in Denver has contracted over the past year. WeWork shuttered four locations at the end of February. The Riveter and Charley Co., coworking spaces aimed at women, closed last summer after a year in operation.

Both Borst and Sheperd, however, feel bullish about the future of coworking.

“This work from home transition is going to be somewhat permanent,” Borst said. “I think a significant portion of folks working from home will want to have a flexible workspace option. That’s a positive outlook. Before COVID, the industry was a little saturated, and if anything, we’re at equilibrium now. Unfortunate that a lot of spaces had to close down, but it kind of right-sized the industry.

“Now, if these high rises with vacancies start looking at adding flexible workspaces and re-saturate the market, that’s the risk. But overall, I think the industry is here to stay.”

A rendering by Venture X shows what the international brand has in mind for the former Modworks space. (Images courtesy of Venture X – Denver Downtown)

Modworks, which occupied the 13th and 14th floors atop the Petroleum Building in Upper Downtown, is now the third Venture X in Denver.