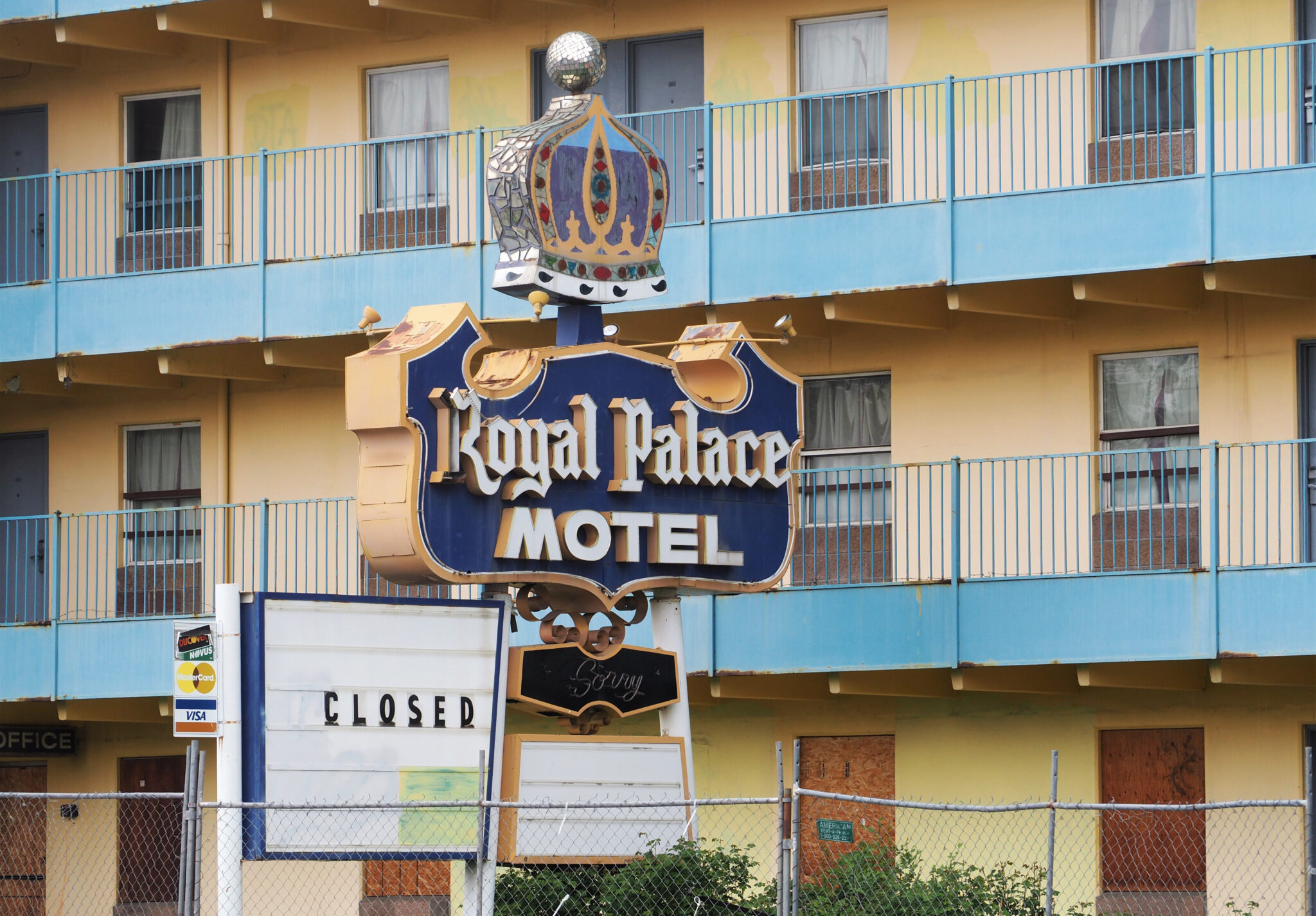 The owner of the former motel at 1565 N. Colorado Blvd. has applied to the city for a certificate of demolition eligibility. (Thomas Gounley photos)

The owner of the shuttered Royal Palace Motel just north of the intersection of Colfax Avenue and Colorado Boulevard has applied for a certificate of demolition eligibility.

Jeff Oberg, of REA Development Corp., applied for the certificate — which makes it easy to demolish a structure within five years — in late April, according to city records. Notice was posted at the site last week because city staff determined the building has the potential for landmark designation.

Oberg did not respond to a request for comment left with his office on Monday.

Property owners typically apply for demolition eligibility when they want to redevelop a site, or are looking to sell and think a potential buyer might want to do so. No redevelopment plans have been submitted to the city for the hotel parcel at 1565 N. Colorado Blvd. 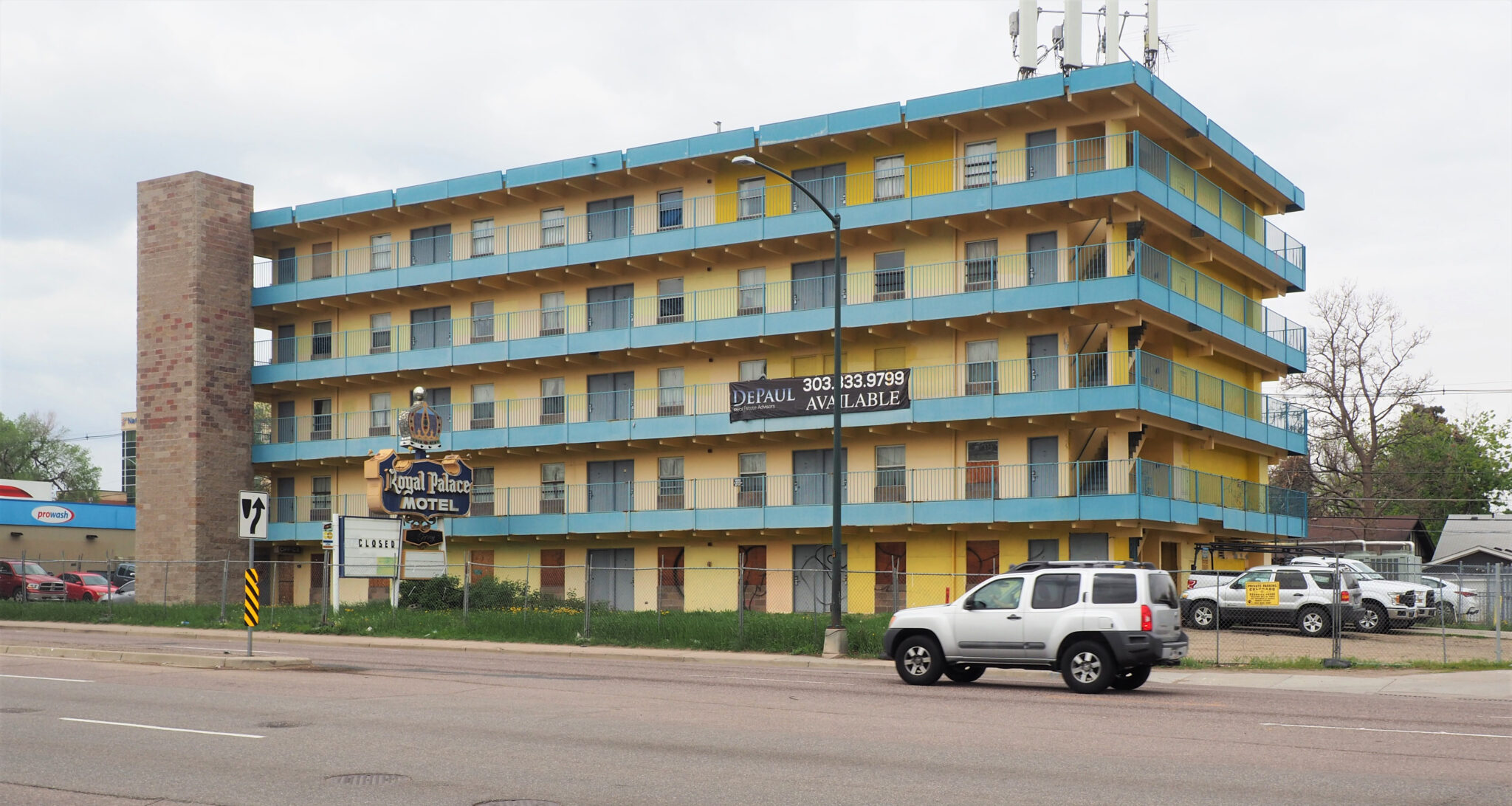 The yellow-and-turquoise Royal Palace Motel building is five stories, and sits on a 1.07-acre lot, records show. Oberg, acting as 1565 Colorado Blvd LLC and DBT Ventures LLC, purchased the property for $850,000 in August 2004, records show. It’s zoned for up to five stories.

The motel opened in 1969 “at the end of the golden era of motels along Colfax,” according to a report produced by city staff. The ensuing decline was due in part to the fact that Interstate 70 was completed in the 1960s.

The motel closed in 2013, and has been fenced off for years. Its old-school signage, which includes a crown topped with a disco ball, remains.

The city will issue a demolition eligibility certificate in early June, unless three Denver residents file a notice of intent to submit a landmark application.

Oberg also played a role in the redevelopment of the former First Avenue Hotel at 101 N. Broadway in Denver. And he gained control of a full city block in RiNo earlier this year, when he paid $1.7 million for the final parcel he needed.

The owner of the former motel at 1565 N. Colorado Blvd. has applied to the city for a certificate of demolition eligibility. (Thomas Gounley photos)

No redevelopment plans have been submitted to the city for the 1-acre site at 1565 N. Colorado Blvd., which is zoned for up to five stories.