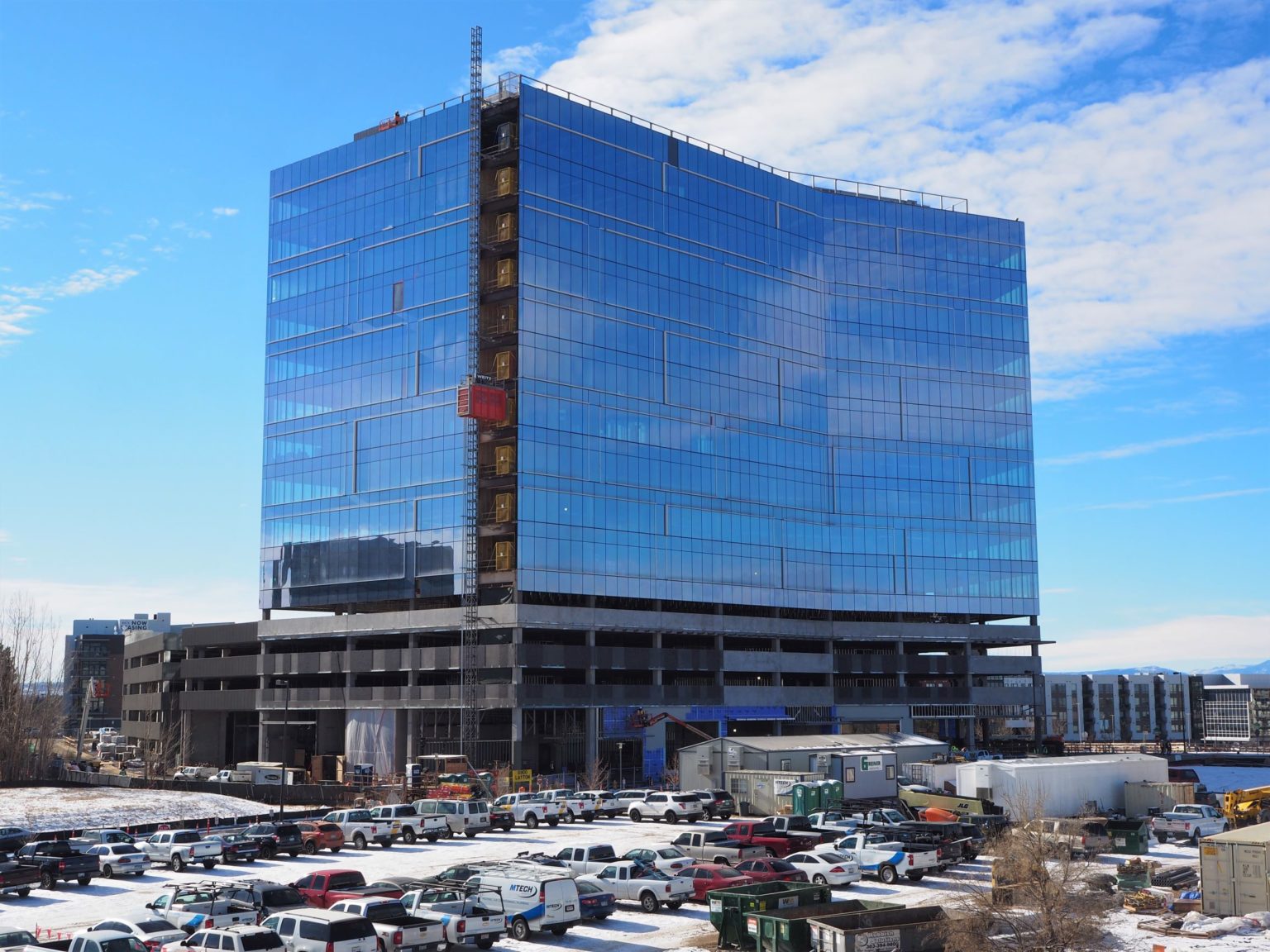 In Belleview Station, one Fortune 500 firm has agreed to sublease from another.

Oil and gas firm DCP Midstream is moving its headquarters into 72,000 square feet of office space in the new building at 6900 Layton St., subleasing the space from gold mining firm Newmont Corp.

Newmont originally committed to the seventh through 10th floors of the Denver Tech Center building, approximately 142,000 square feet, before the project broke ground in 2018. It later added the sixth floor as well.

But BusinessDen broke the news in October that Newmont was looking to sublease multiple floors.

DCP Midstream is taking the furnished 9th and 10th floors from Newmont, according to Prime West.

The building replaces Republic Plaza, where DCP Midstream has leased 171,000 square feet. The company expects to make the move in early 2022, according to Prime West.

Newmont retains the sixth through eighth floors at 6900 Layton for its own headquarters. The company moved from the Palazzo Verdi building, a couple miles away at 6363 S. Fiddler’s Green Circle in Greenwood Village.

The addition of DCP means Prime West has now secured three Fortune 500 companies for buildings it developed at Belleview Station. Western Union’s headquarters are in the One Belleview Station building at 7001 E. Belleview Ave., which Prime West completed in 2017 and sold in 2018.

The 11th and 12 floors at 6900 Layton are leased to Atlanta-based LogistiCare Solutions. The building’s top three floors are still available, as is building signage and ground-floor retail space.

DCP Midstream is moving its headquarters into 72,000 square feet at 6900 Layton St., which still leaves its three top floors available.