Two of the early forces behind RiNo’s transformation have sold the project they moved on to.

Developers Ken Wolf and Ari Stutz, who renovated the Denver Central Market building and others in the former warehouse district before selling them in 2018, last week unloaded a 482,700-square-foot industrial facility they owned in the Clayton neighborhood.

ScanlanKemperBard Cos., a Portland-based real estate investment firm, and Harbert Management Corp. said they paid $76.6 million Friday for the property in the 3800 block of Steele St., which was built in the 1940s as a medical supply depot for the U.S. Army. Wolf and Stutz retained a minority stake in the site.

In spring 2018, when Wolf sold the bulk of his RiNo holdings to Washington, D.C.-based Edens for approximately $50 million, he said of the Clayton site, “My hope is to do the same thing over there as I did here.”

He and Stutz paid $23.35 million for the Clayton site in three transactions, according to public records. The first sale took place in November 2013, and the last in October 2018.

The property features three buildings that form two long strips of vintage warehouse space, with a private road in between. In recent years, as leases have ended, or as Stutz and Wolf have finished renovating vacant portions of the site, they have targeted new tenants that plan to manufacture on site, while also incorporating a small retail or showroom component.

Current tenants include screen printer A Small Print Shop; Winter Session, a canvas and leather bag manufacturer; and Amethyst Coffee, which operates within Realm, a photography studio and event space.

Richard Morean, executive vice president at ScanlanKemperBard, said the firm has one other holding in Denver: the Greenwood Corporate Plaza office complex at 8501 Greenwood Plaza Blvd. in Greenwood Village. It has owned other local assets in the past.

“We see this as a great extension of RiNo, and where RiNo’s growing and going,” he said.

ScanlanKemperBard plans to invest $47 million to reposition the property.

“They have really great bones,” Morean said of the buildings. “The exteriors can be brought back to great conditions.”

Morean said the site is 40 percent to 50 percent leased. Initially, he said, the company plans to target light industrial users — the type of tenant that has been leaving RiNo in recent years. He also said the firm expects to get interest from creative office users.

Two areas at the site can accommodate future development, Morean said, but the new ownership is more focused on leasing for the near future. 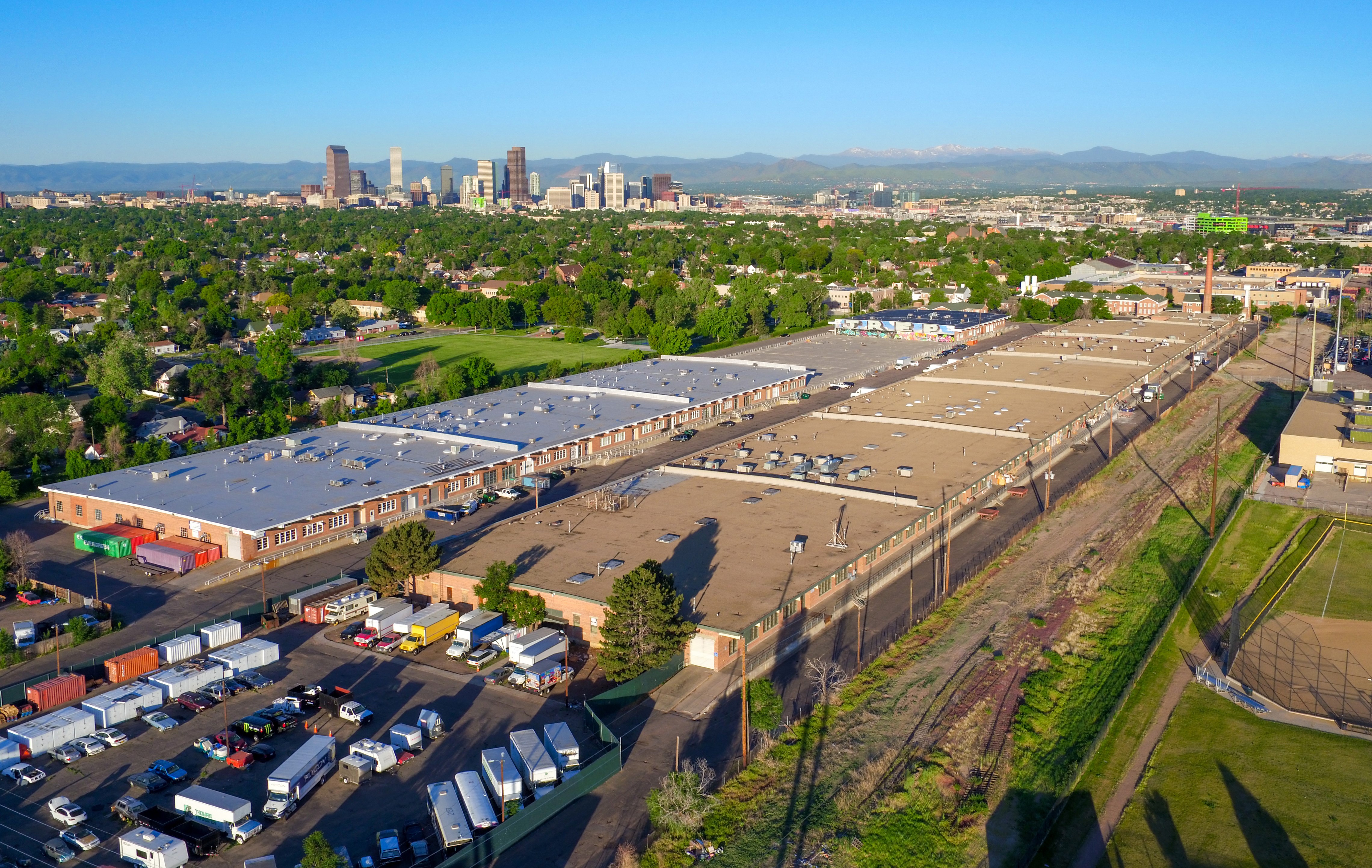 Two of the early RiNo adopters -- and the original force behind Denver Central Market -- have unloaded another massive holding.