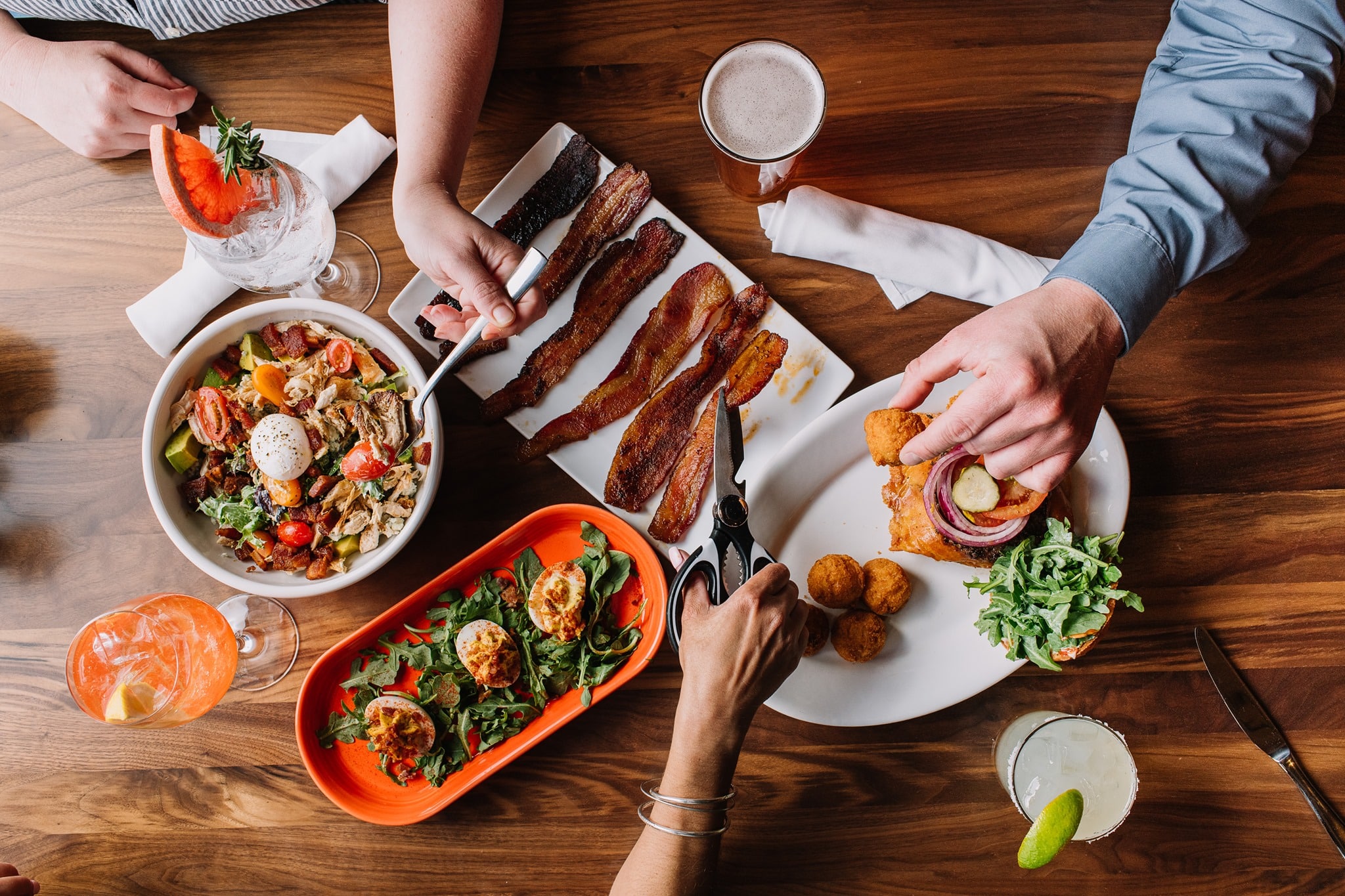 A Denver-based brunch chain is getting ready to bring home the bacon with its new South Broadway location.

Bacon Social House plans to open a 2,500-square-foot restaurant at 2160 S. Broadway in Rosedale on Friday.

It will be the chain’s third Denver-area location, and fourth overall. The original spot at 2434 W. 44th Ave. in Sunnyside opened in 2015, followed by one in Littleton in 2018. Another in Minneapolis opened the next year.

“We see some massive development going on down here and think our concept and model is going to kill it,” said Jason Isch, Bacon Social House’s regional operations manager. “We want to bring our bacon to as many people as we can, and we’re excited to be a part of what we think South Broadway is going to become.” 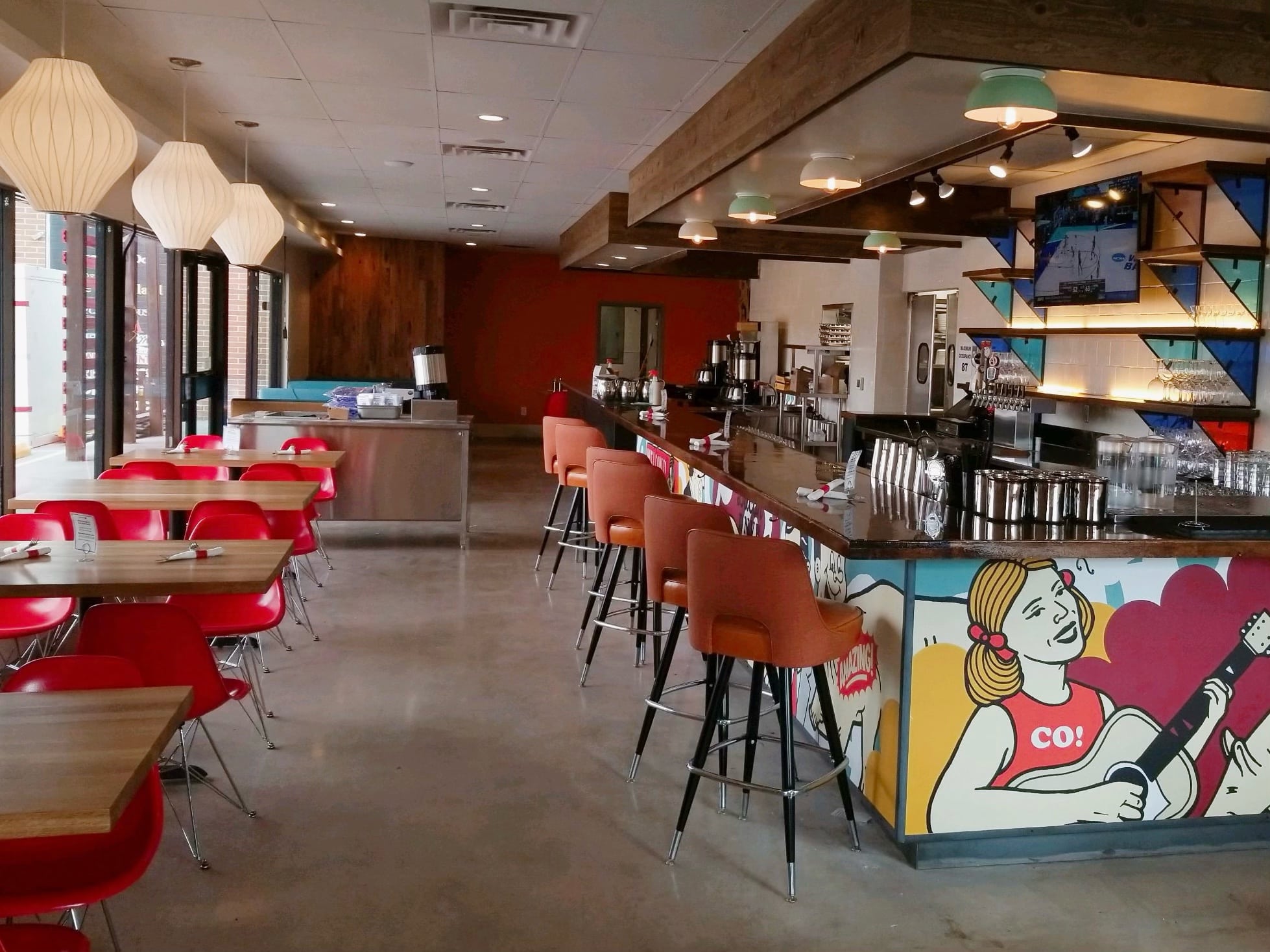 The interior of the South Broadway location. (Courtesy of Bacon Social House)

He added, “Right across the street, they’re demoing that old carpet and furniture shop (EMW Carpets & Furniture), and basically that whole block and putting up hundreds of units, which will bring guests galore.”

Owner David Dill told BusinessDen he signed a lease for the South Broadway space in November 2019. He said he’s pushed back the opening “more than a few times” due to pandemic delays and restrictions.

The restaurant was previously home to popular neighborhood brunch spot Morning Collective, which closed in April 2019 after two years. Zach Stock, co-founder of Morning Collective, then opened Huevos Tacos a month later, but the taco concept closed after less than four months due to a rent dispute with the landlord, according to Eater.

Bacon Social House’s menus are heavy on pork. Bacon appears in everything from drinks to burgers and salads. The restaurant also offers bacon on its own in flavored flights or thick cut candies. Each location is open Wednesday through Sunday from 9 a.m. to 3 p.m.

“We throw a party every weekend for brunch,” Isch said. “There’s mimosas, bloodys, and bacon everywhere, and it’s just fun.” 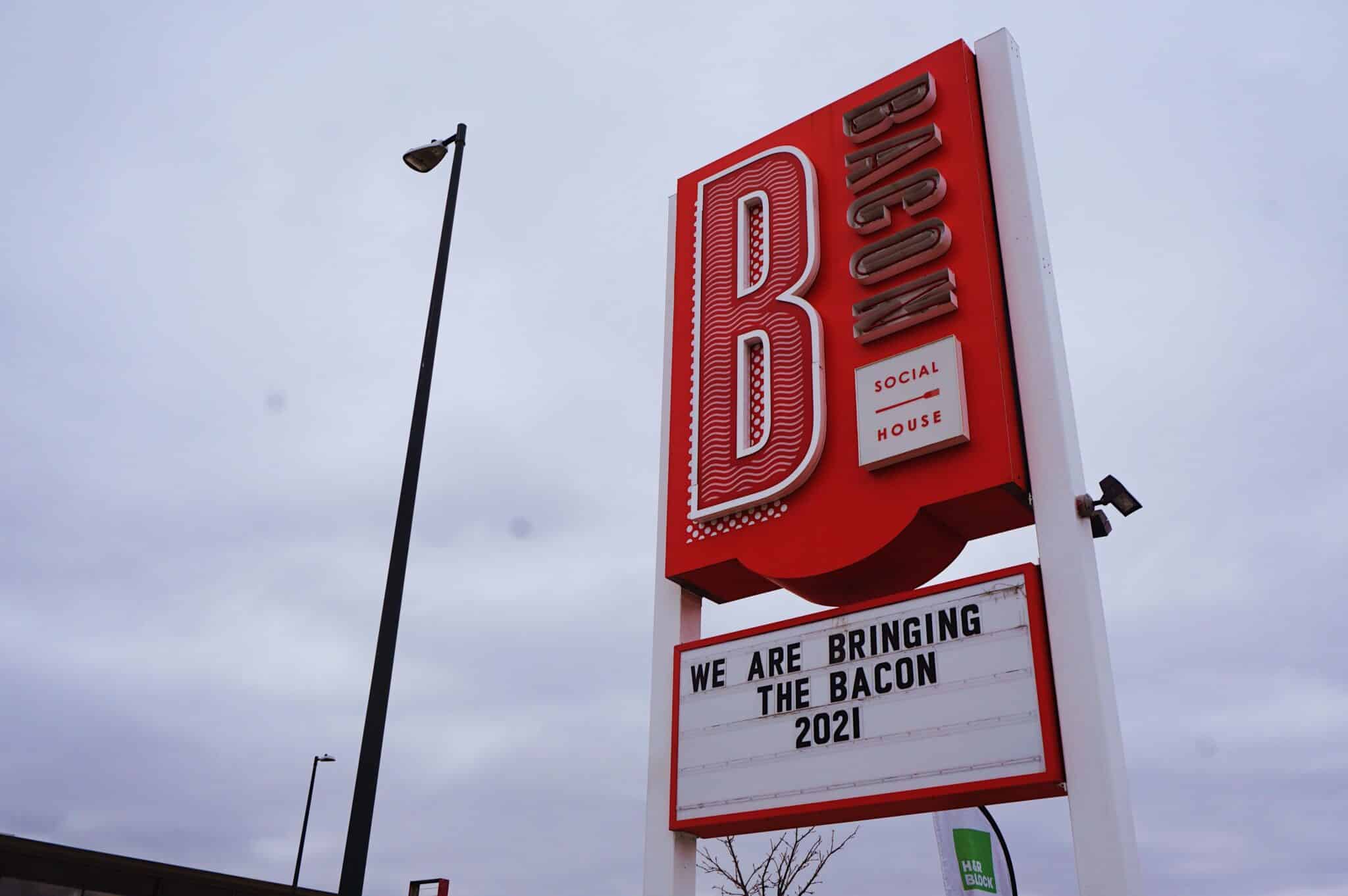 The company has kept its Sunnyside location open since dine-in restrictions lifted this past summer. And business has been steady thanks to the loyal customer base they have built up over the past six years, Dill said.

Bacon Social House’s Littleton location has been closed temporarily throughout the winter and just reopened March 12. The 5,300-square-foot restaurant has a 2,000-square-foot rooftop, which Dill said they were unable to utilize during the cold season.

“The specific impact on that part of downtown has been extreme,” Dill said. “We leaned on the traffic from the stadium nearby, as well as the Wells Fargo and Whole Foods headquarters that surrounds it, which hasn’t come back. It’s a delicate situation because we don’t necessarily want to reopen and have to close again, so we are reassessing the best timing.”

Bacon Social House signed a lease for the 2,500-square-foot space at 2160 S. Broadway in 2019 but the pandemic delayed its debut until Friday.