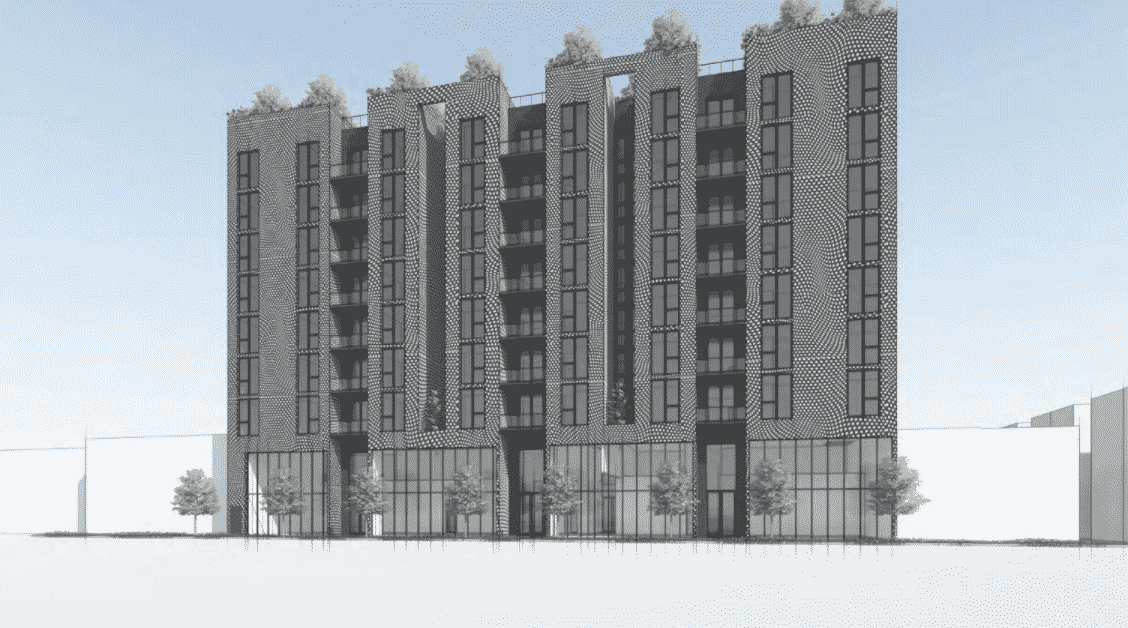 A rendering of the proposed eight-story apartment building in Uptown. (Images courtesy of public records)

An eight-story apartment building with an unusual unit mix has been proposed for a site in Uptown that is currently under contract.

The plans were submitted by Fyodor Blumin, an executive with London-based Noel Partners. He did not respond to requests for comment.

The plans stand out in large part because they call for the apartments on the building’s second through eighth floors to be entirely four- and five-bedroom units.

Most new apartment projects in the city focus on studios and one- and two-bedroom units. But there are some exceptions, like those from Chicago-based The X Company, which feature up to four bedrooms because of the company’s “co-living” model. 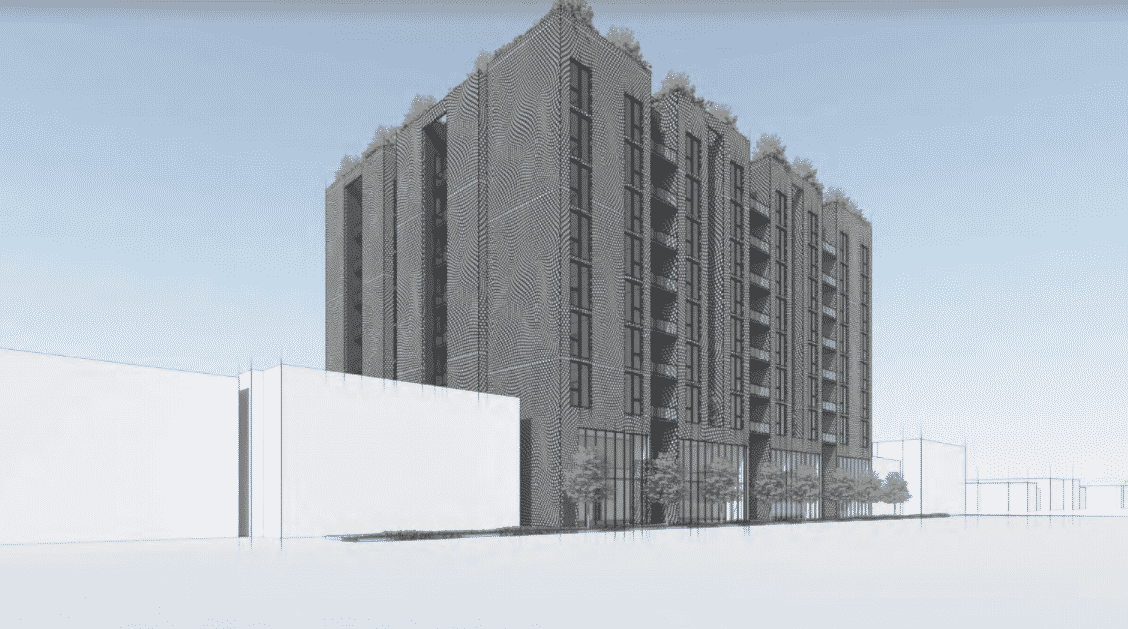 The units in the proposed Uptown building wouldn’t be massive, according to the plans. The four bedrooms would average 949 square feet, and the five bedrooms 1,141 square feet. Individual bedrooms would range from about 150 to 180 square feet. There would be one bathroom for each bedroom.

The first floor would feature about 1,000 square feet of retail space, as well as amenity space for tenants. Plans — drawn up by MKDA out of Miami — also call for about 60 parking spaces on the first floor, thanks to parking lifts that allow cars to be stacked on top of each other while remaining accessible.

The two parcels where the project would be built add up to 18,806 square feet, or 0.43 acres, according to property records. They are already zoned for up to eight stories.

The site is currently a parking lot, with one small garage-like structure at one corner.

Douglas C. Hall Co. has owned the site for decades. But the property was listed for sale for $3.3 million, and is currently under contract, according to a Zillow listing. Companies often submit development plans before they close on the purchase of a property.

The property is across the street from Bespoke Uptown, a 10-story, 316-unit apartment complex recently completed by Nashville-based Southern Land Co. Just down the block, at the corner of 16th and Pearl, Centennial-based Ventana Capital wants to build a five-story self-storage facility on land also formerly owned by Hall Co.

A rendering of the proposed eight-story apartment building in Uptown. (Images courtesy of public records)