The VIP list for most Denver groundbreaking ceremonies tops out at the mayor.

But one held in the 1900 block of Market Street Tuesday afternoon had a built-in advantage. Country music star Dierks Bentley was on hand to mark the start of construction on his eponymous restaurant chain’s fifth location.

“It feels like old times,” he said as he stepped onto the makeshift stage to grab the microphone, noting he hasn’t been performing as much due to the pandemic.

Dierks Bentley’s Whiskey Row is taking over what was previously LoDo’s Bar and Grill. It’s expected to open on New Year’s Eve. 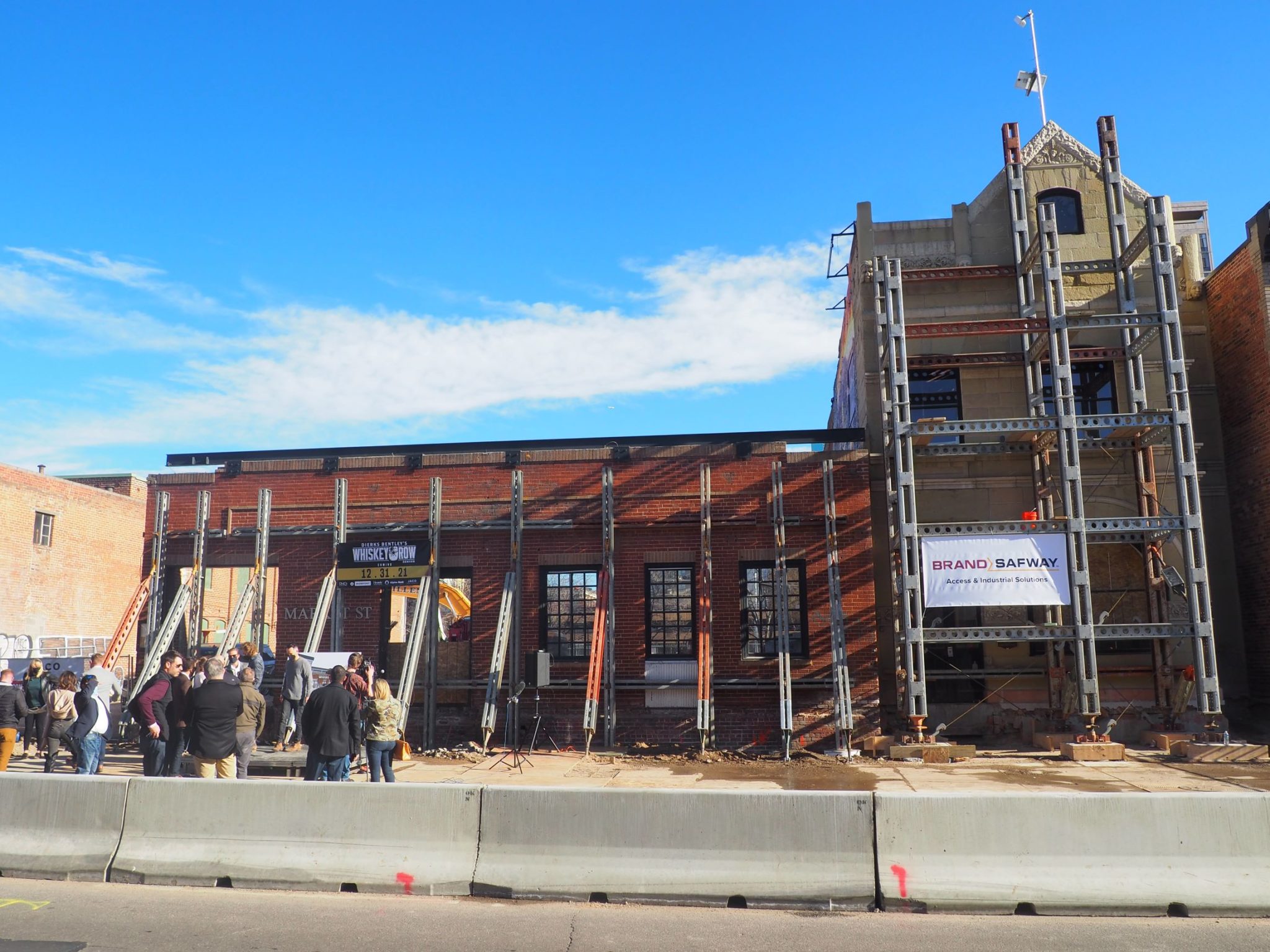 The building at 1942 Market St. is being renovated as part of the project, and the adjacent structure at 1946 is being almost fully reconstructed. Only its front facade remains. A new two-story addition is also being built next to that, on what was previously a small parking lot. 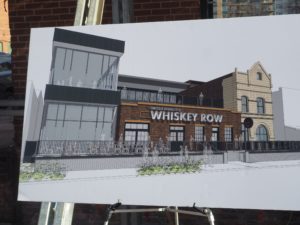 A rendering of the Dierks Bentley’s Whiskey Row restaurant coming to LoDo.

The project is a joint venture between Denver-based Monfort Cos., led by Kenneth Monfort, as well as Denver-based Iconic Investments, led by Michael Fancher. Also involved is Arizona-based Riot Hospitality Group, which owns and operates the Whiskey Row restaurants.

The “Drunk On A Plane” singer said he wants to be judicious about the brand’s growth.

“There’s a long history of country stars having bars, and some of them get scattered all over the place … and it loses some of the significance,” he said.

There are currently three Whiskey Row locations in Arizona, where Bentley was born, and one in Nashville, Tennessee. But Bentley has been spending more time in Colorado in recent years, particularly with the pandemic, and his Seven Peaks Music Festival has been held twice outside Buena Vista.

“It’s a very selfish decision to have one of these in Denver,” he said Tuesday. 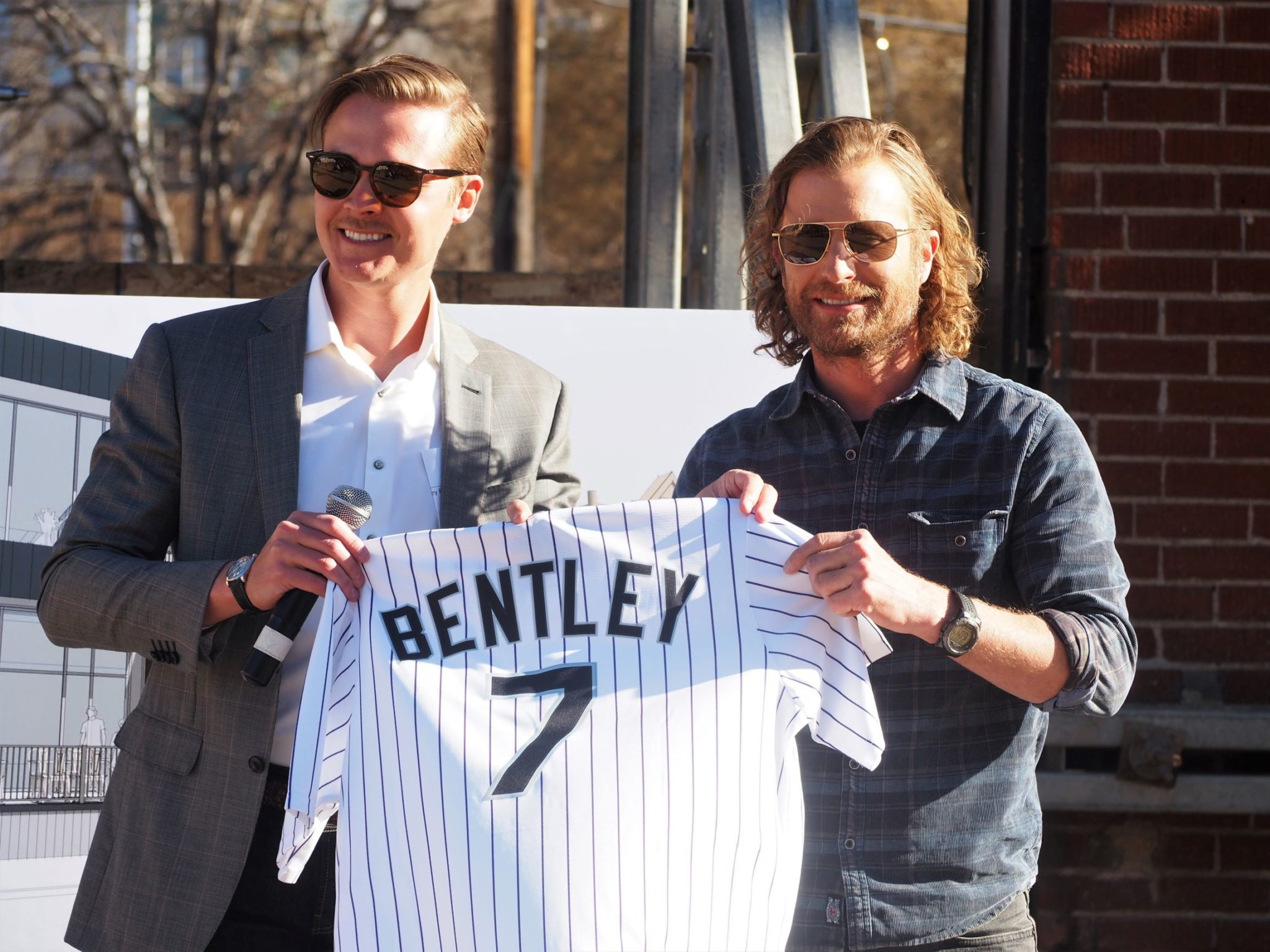 Prior to speaking, Monfort — son of Colorado Rockies co-owner Charlie Monfort — presented Bentley with a team jersey. Bentley then gifted the mayor, who was in attendance, with a signed guitar.

The development team and Bentley did the typical groundbreaking ceremony ritual, throwing a shovel of dirt on cue for the camera. Then, however, at the urging of one of the people snapping shots, they held the shovels as if they were guitars.

Monfort’s joint venture purchased all three LoDo’s Bar and Grill restaurants, as well as their real estate, in late 2018. A partner told BusinessDen in 2019 that the plan to convert the LoDo restaurant into a Whiskey Row was the driving factor behind the deal.

The remaining two LoDo’s locations in Highlands Ranch and Westminster continue operating under their original name.

Whiskey Row isn’t the only change coming to the 1900 block of Market. The former Cowboy Lounge and Tavern Downtown spaces across the street are being replaced by three concepts, including Smash Face Brewery & Tap Room, whose beers are named after dog breeds whose faces appear to be smashed.