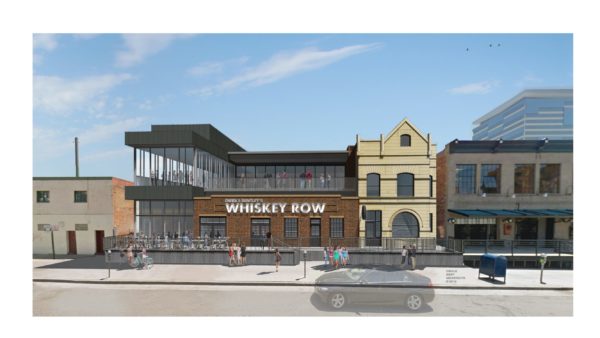 The new owners of the LoDo’s Bar & Grill chain confirmed Tuesday that its location at 1946 Market St. will close next year and reopen following renovations as a Dierks Bentley’s Whiskey Row, the fifth location for the restaurant chain bearing the name of the country star.

BusinessDen reported this summer that the plans were in the works, citing a development proposal submitted to the city.

LoDo’s Bar & Grill opened on Market Street in 1994, according to The Denver Post. Locations in Highlands Ranch and Westminster followed in 2004 and 2007, respectively.

The chain and its real estate were purchased in December 2018 for an undisclosed sum by MSCV Holdings I LLC, a joint venture between Kenneth Monfort of Monfort Cos. — son of Rockies co-owner Charlie Monfort — and Jason Marcotte and Matt Runyon of Summit Capital Venture Group.

Marcotte told BusinessDen Tuesday that the planned conversion was a primary factor behind the deal.

“We had a lease with Whiskey Row when we acquired the building,” he said.

Marcotte said he and Runyon had been in touch with the chain, which is owned and operated by Arizona-based Riot Hospitality Group, for several years about a Denver location. The company was particularly interested in LoDo because they felt it was “the ‘main and main’ of Denver,” he said.

Marcotte said he approached LoDo’s owner Chris Myers and his father, who owned the chain’s real estate, but they weren’t interested in selling just the Market Street property. So the trio went ahead and bought the entire chain.

The LoDo’s locations in Highlands Ranch and Westminster will continue operating. The LoDo location is likely to close in April, Marcotte said. 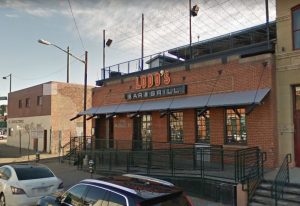 That’s when property improvements will begin. A two-story structure and extended patio will replace the small parking lot to the east of 1946 Market St. A second-story rooftop addition will be constructed and set back from the historic façade at 1946 Market St., as well as 1942 Market St.

Marcotte said the project, which he estimated will fall in the $6 million to $10 million range, is expected to be complete in time for the Colorado Rockies’ opening day in 2021.

Circle West Architects is the architect on the project.

The website for Dierks Bentley’s Whiskey Row markets it as an “American gastropub” with “award winning food & drinks, exhilarating nightlife, and a rock & roll attitude inspired by Dierks himself.” The chain’s four existing locations are in Scottsdale, Tempe and Gilbert, Arizona, as well as Nashville.

The impending closure of LoDo’s is being announced about a month following the shuttering of Tavern Downtown and Cowboy Lounge, two bars across the street. The owner of those properties has not released any information regarding their future.

The restaurant bearing the name of a country music star is expected to welcome patrons by opening day 2021.