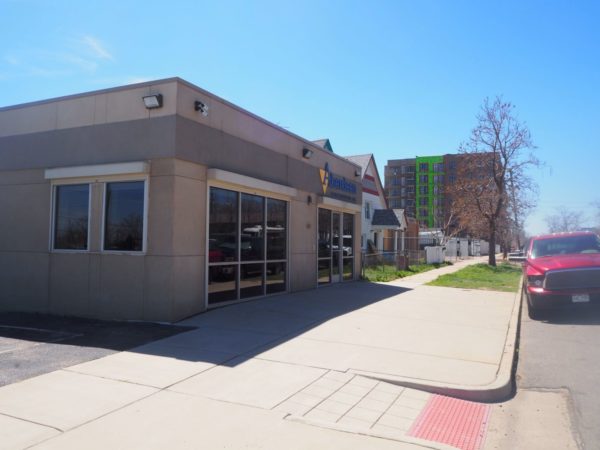 The project would replace a number of existing buildings, including one on the corner used by Aberdeen Construction. (BusinessDen file)

Prime West has closed on land in the Sunnyside neighborhood as the Denver-based development firm pushes into the multifamily sector.

The company paid $4.94 million in mid-December to secure 0.79 acres on the east side of the 4100 block of Jason Street, according to public records. That works out to about $144 a square foot.

The deal involves everything on the block north of Waldschänke Ciders + Coffee. The parcels are home to a pair of industrial buildings, as well as two single-family homes.

Prime West submitted a site development plan last spring, proposing the demolition of the existing structures and the construction of an eight-story, 208-unit apartment building. The site was subsequently rezoned by the Denver City Council.

The site is in a largely industrial area that has been trending residential in recent years. A short walk away is a pedestrian bridge that leads to the 41st and Fox commuter rail station. Adjacent to that is Zia Sunnyside, a large multifamily project that recently opted to nix its condominium component, opting to rent all its units instead. 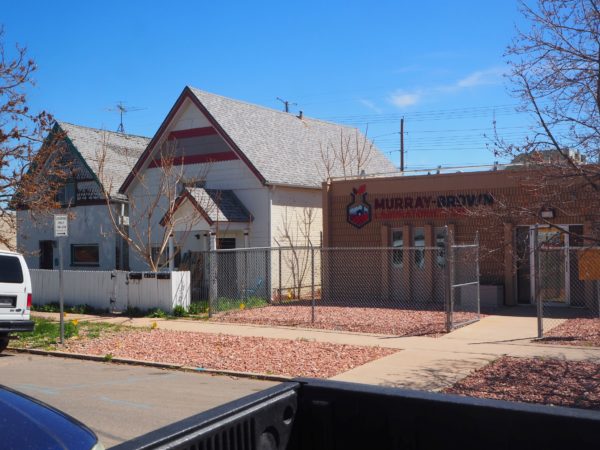 A view of other existing structures within the development site.

Prime West purchased the parcels from three separate sellers, who were represented by brokers Amanda Hardin of Roche & Company and Drew MacDonald of Impax Real Estate.

Hardin said the pair saw opportunity back when Zia was proposed but had not yet broken ground, given how the city planning document Blueprint Denver called for the area to grow.

“We thought let’s go over to Sunnyside and start knocking on doors,” she said.

The entire side of the street initially expressed some interest, Hardin said, but the assemblage was ultimately trimmed a bit when one property owner opted to lease to Waldschänke instead.

Prime West, founded in 1981 and now led by CEO Jim Neenan, has largely developed office buildings. Last year, it completed 6900 Layton in the Denver Tech Center, which lured Newmont’s headquarters, although the gold mining firm is now looking to sublease much of the space it committed to.

The Sunnyside project, however, is one of three planned apartment projects that Prime West has in the works, according to the company’s website.

The company also plans to develop a 17-story, 251-unit apartment complex in Belleview Station in conjunction with Trammell Crow Residential, according to its website. The third planned project is a seven-building, 365-unit project close to Denver International Airport. 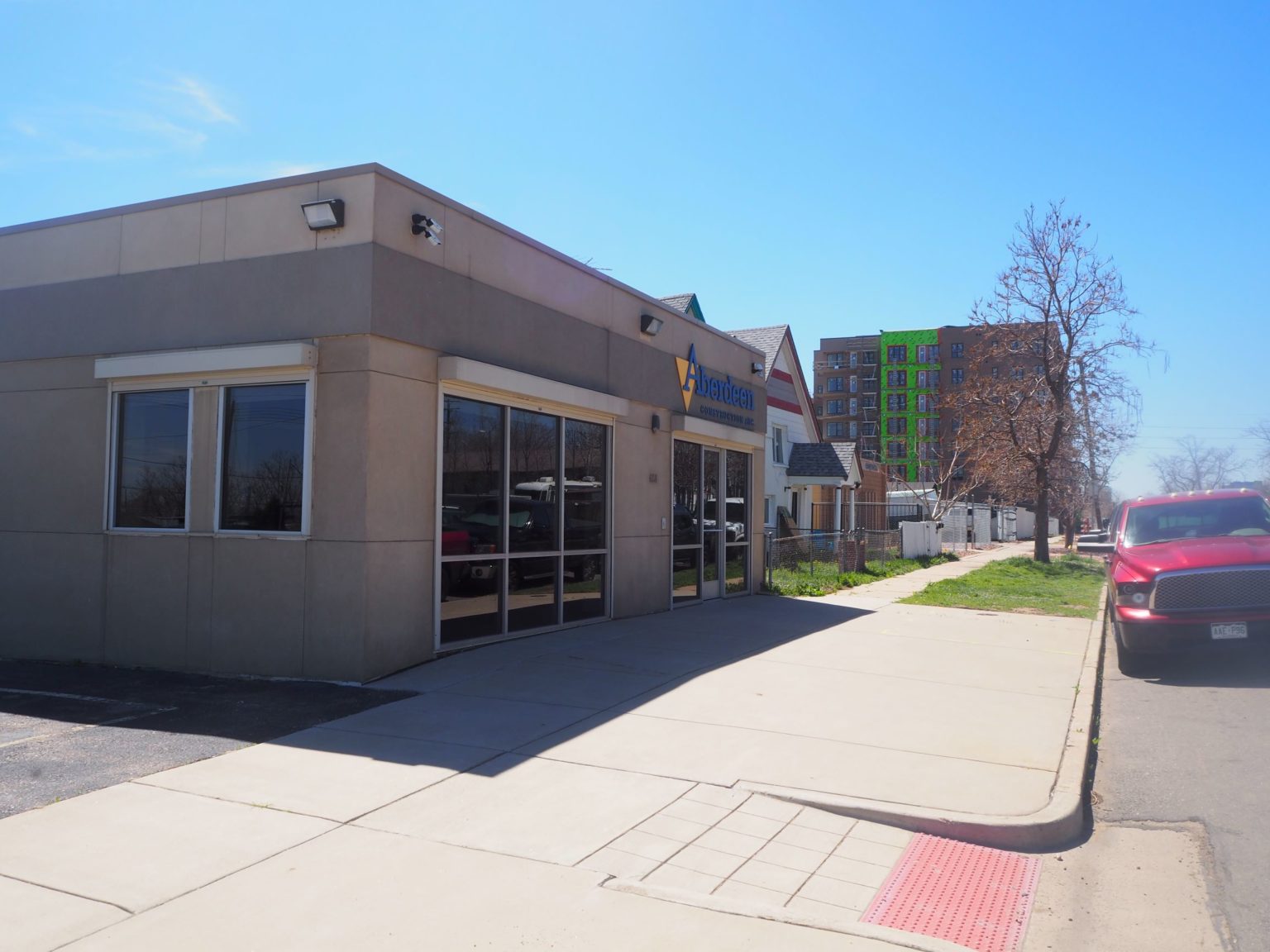 The project would replace a number of existing buildings, including one on the corner used by Aberdeen Construction. (BusinessDen file)

The Denver-based developer has historically developed office space, but is now diving into multifamily with an eight-story, 208-unit project.