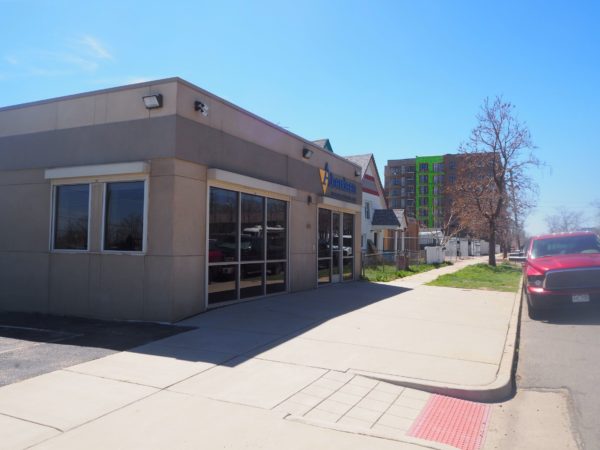 The project would replace a number of existing buildings, including one on the corner used by Aberdeen Construction. (Photos by Thomas Gounley)

Office developer Prime West is planning to branch into multifamily.

The Denver-based company, which is wrapping up work on its 15-story 6900 Layton office tower in Belleview Station, submitted a site-development plan earlier this month proposing an apartment complex in Denver’s Sunnyside neighborhood.

The eight-story, 208-unit building would be built on the eastern side of the 4100 block of Jason Street, replacing everything north of Waldschänke Ciders + Coffee. It would feature 187 parking spaces, some of which would be underground, as well as a ground-floor retail unit.

An executive with Prime West declined to comment. The company does not yet own the site. The parcels are home to industrial buildings used by Aberdeen Construction and Murray Brown Laboratories, as well as two homes that appear to be vacant.

The parcels will need to be rezoned for Prime West’s proposed redevelopment to occur. City records show a rezoning application has been submitted, but has yet to go before the Planning Board, the first step in the process. 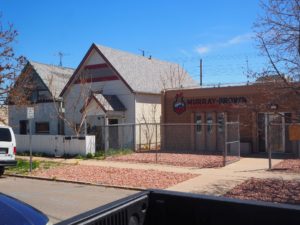 A view of other existing structures within the development site.

The site is in a largely industrial area that has been trending residential in recent years. A short walk away is a pedestrian bridge that leads to the 41st and Fox commuter rail station. One block to the south is Zia Sunnyside, Confluence Cos.’ blockwide project that will have 314 apartments and 120 condos across two buildings.

Prime West, founded in 1981 and now led by CEO Jim Neenan, largely has developed office space, including medical office buildings. In addition to 6900 Layton, where gold mining firm Newmont Corp. plans to move its headquarters, the company also developed the nearby One Belleview Station building. That structure, home to Western Union’s headquarters, sold in 2018 for $152 million.

The Sunnyside project, however, is one of three planned apartment projects that Prime West has in the works, according to its website.

The company also plans to develop a 17-story, 251-unit apartment complex in Belleview Station in conjunction with Trammell Crow Residential, according to its website. And the third planned project is a seven-building, 365-unit project close to Denver International Airport. 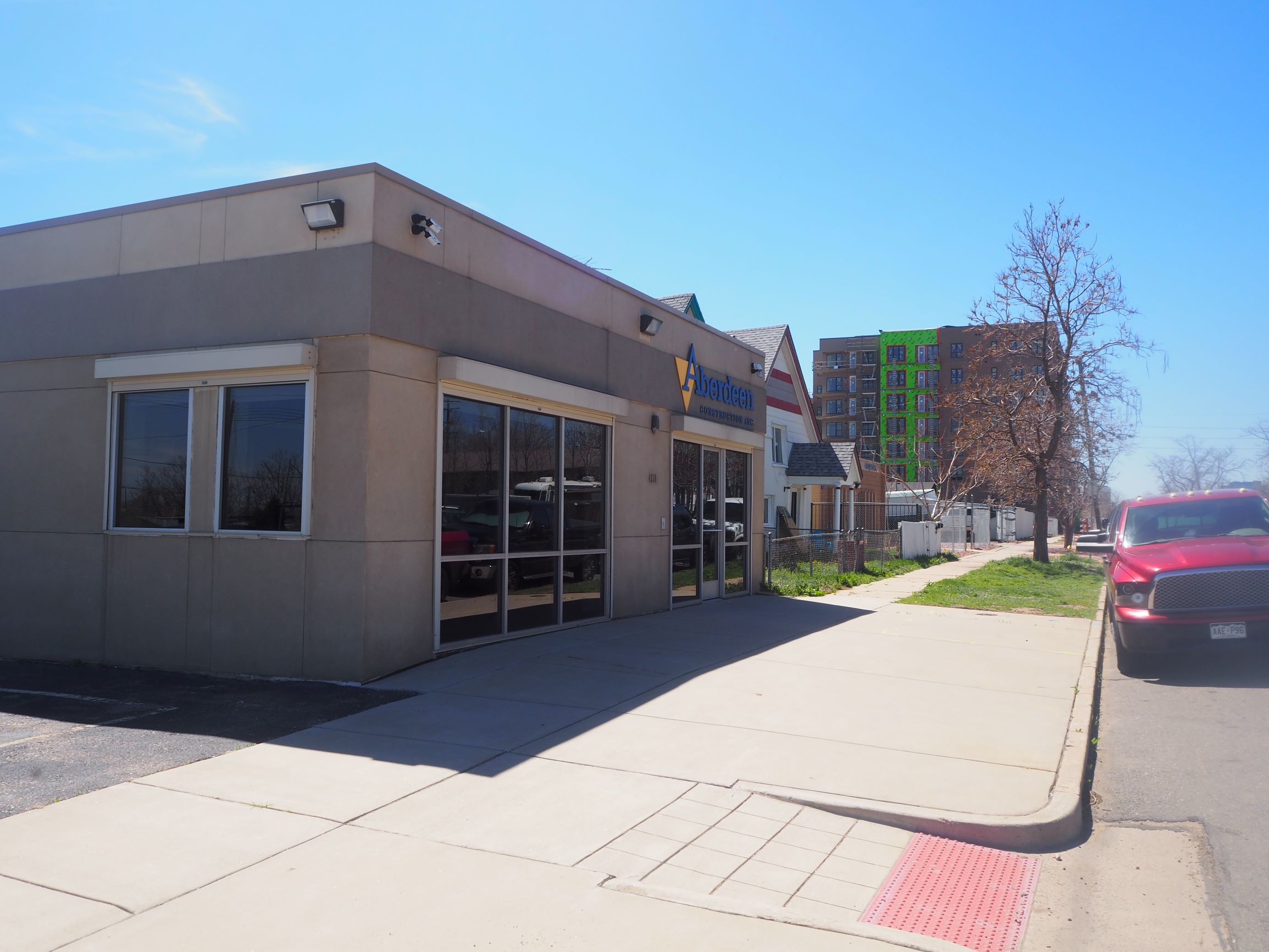 The project would replace a number of existing buildings, including one on the corner used by Aberdeen Construction. (Photos by Thomas Gounley)

The 208-unit building would be just north of Waldschänke Ciders + Coffee, and a short walk from a commuter rail station.