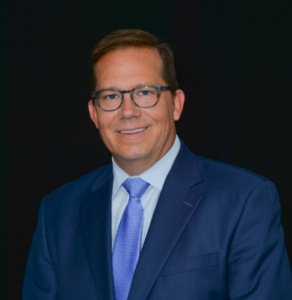 Colorado Appeals Court Judge Steven Bernard wrote in a Sept. 3 opinion that Gilbert Law Firm violated a 2017 settlement agreement with The Gilbert Law Group when it continued to use the domain name gilbert-law.com.

It’s the latest ruling in a dispute that goes back five years, spanning two lawsuits.

Christopher K. Gilbert, who lost the appeal, said he is “assessing my options.” In a bit of a twist, however, he largely no longer operates under the name Gilbert Law Firm, having joined another firm nearly two years ago.

“The firm exists to wrap up some other matters, but my abilities to market were damaged in such a way that I could no longer compete,” he said. “I was forced out of business.”

He added, “The fight has been long and expensive and, honestly, exhausting. It’s taken a big toll on me personally, professionally and financially.”

A tale of two Gilberts 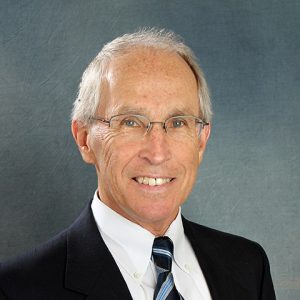 Last week’s ruling found in favor of The Gilbert Law Group, led by James Gilbert. Originally known as James L. Gilbert & Associates when it was founded in 1981, the firm took on its current name in 2011. According to its website, it specializes in personal injury lawsuits and defective product litigation.

Christopher, meanwhile, told BusinessDen that he has owned the gilbert-law.com domain name since March 2003. He originally practiced under the Gilbert Law Firm name in Texas. In 2011, he moved to Colorado, initially working for another law firm. In 2015, he registered his previous branding with the state when he went out on his own again, opening an office in Centennial.

Christopher did pharmaceutical, wrongful death and motor vehicle crash litigation, according to his firm’s website, which has since been taken down.

Here’s what James told BusinessDen at the time: “I’ve worked hard to build up a reputation locally and nationally. When someone starts to create confusion with people who want to use your services, you can’t allow that to happen. We’ve had at least three separate instances where consumers were confused about those similarities.”

And here’s what Christopher said at the time: “My understanding is that someone’s surname plus a generic phrase, such as law firm, is a completely proper way to conduct business,” he said. “I incorporated in the state of Colorado and the state accepted the incorporation documents rather than determine that (the names were) confusingly similar.”

A settlement agreement was reached in February 2017, according to court documents. It specified that Christopher’s firm would place a disclaimer on all of its online presences stating: “The Gilbert Law Firm is not affiliated with attorney James L. Gilbert or The Gilbert Law Group of Colorado.” The disclaimer would include a link to James’ website. And both parties would avoid using the standalone name “Gilbert Law” when marketing services.

In April 2018, however, James once again sued Christopher, alleging he had violated multiple aspects of the agreement.

Eventually, that second lawsuit boiled down to one thing. Christopher continued to use Gilbert-law.com as its website. James felt that constituted using the standalone name “Gilbert Law” to market services.

A district court judge ruled in favor of James in May 2019, awarding his law group damages of $1.

“The defendant shall have 30 days from the date of this order to change his domain name to sufficiently avoid non-compliance and to ultimately move his email and other content to the new domain,” the judge wrote.

“Certainly, the hyphen and capitalization don’t significantly distinguish “gilbert-law” from
‘Gilbert Law,’” Bernard wrote. “And the use of the ‘www.’ and the ‘.com’ to signify a web address don’t preclude the “gilbert-law” from being deemed to stand alone.”

Since November 2018, Christopher has been an attorney at Burnham Injury Law.

“I like where I am now,” he said. “It’s a good group of lawyers. But it’s different than being the guy whose name is on the sign.”

Christopher said he continues to disagree with the court. He said he never would have agreed to the settlement if he knew he wouldn’t be able to keep the domain name, and thus his email.

Prior to suing Christopher for the first time, according to court records, James’ group asked him to pick an alternate name for his firm, something like Law Offices of Christopher K. Gilbert.

Asked why he didn’t, and why he continued to fight in court for years, Christopher said, “there are limitations on what I can say in response.”

“One reason that I do what I do, and one thing that has been constant throughout my life, is that I don’t suffer bullies lightly,” he said.

Christopher also said that, after he agreed to settle in 2017, he started being outspent in online marketing by James’ group. Some of that marketing was for areas in which he practiced, which he said he did not believe James had previously practiced in.

He was “smothered,” he said.

“After the settlement, steps were taken to ensure I would be unable to effectively market … That’s a big part of why I hung in the fight,” Christopher said.

Asked what the dispute has cost him, he responded: “If you count my subsequent reduction in income from joining another firm, and what I’ve spent in legal fees, yes, we are well into six figures.”

Contacted by BusinessDen, James declined to discuss the ruling or Christopher’s comments.

“No comment,” he said in an email. “I will honor our settlement agreement and I expect Chris Gilbert to do the same.” 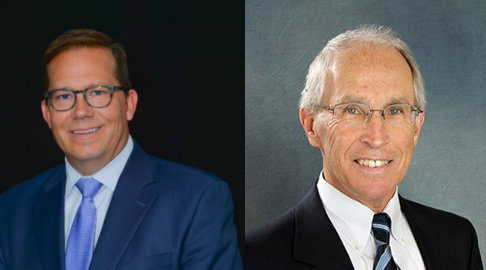 An appeals court judge ruled that the Gilbert Law Firm violated a settlement agreement with The Gilbert Law Group when it continued to use www.gilbert-law.com. It's the latest in a five-year dispute.