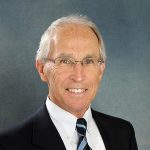 The Gilbert Laws are back in court.

The latest lawsuit, filed in Denver County District Court on April 5, alleges the Centennial firm and attorney Christopher K. Gilbert failed to abide by a settlement agreement reached following the first lawsuit, which was filed in federal court in December 2015.

According to the latest lawsuit, the settlement specified that the Centennial firm would place a disclaimer on all of its online presences stating: “The Gilbert Law Firm is not affiliated with attorney James L. Gilbert or The Gilbert Law Group of Colorado.”

The agreement also specified that all disclaimers would include a link to the website for the Arvada firm, and that both parties would avoid using the standalone name “Gilbert Law” when marketing services.

In the latest lawsuit, which comes a year after the settlement agreement was reached, the Arvada firm alleges that the Centennial firm isn’t complying. The suit includes screenshots showing no disclaimer on the Centennial firm’s website and Facebook page.

The Arvada firm also objects to a disclaimer on Christopher Gilbert’s LinkedIn page that lacks the exact wording of the settlement disclaimer, and the fact that the Centennial firm continues to use gilbert-law.com as its website.

The Arvada firm argues the recently added disclaimers do not comply with the agreement because, in one instance, the font is not large enough, and because the disclaimers don’t include the required website link.

The Centennial firm did not respond to a request for comment. Attorney James Gilbert with the Arvada firm declined to comment.

The Arvada firm is represented by Gordon Netzorg, James G. Sawtelle and Joseph C. Daniels of Sherman & Howard in the latest lawsuit.

The Arvada firm was originally known as James L. Gilbert & Associates PC when James Gilbert founded it in 1981. It changed names three times over the years, becoming known as The Gilbert Law Group in 2011, according to the lawsuit.

The Arvada firm specializes in civil matters including personal injury lawsuits and tort litigation, according to court documents.

The Centennial firm was formed in June 2015, according to the lawsuit. Its website says it does pharmaceutical, wrongful death and motor vehicle crash litigation.

The Arvada firm says in its lawsuit that it suggested alternate names to the Centennial firm — such as Chris Gilbert Law Firm or Law Offices of Christopher K. Gilbert — before suing it for federal trademark infringement and deceptive business practices in December 2015.