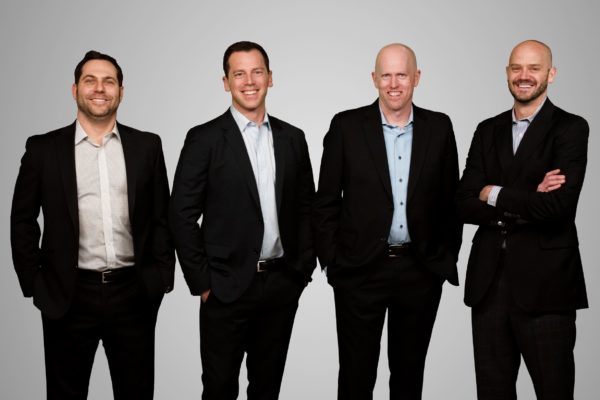 A band of commercial brokers in Denver who started their own firm last year have been hit with a lawsuit claiming trademark infringement from another Denver business.

Aqyre Real Estate Advisors — which helps clients buy and sell apartment buildings and other real estate assets, primarily in the Denver area — was sued in mid-July by Aqyre LLC, another local firm whose name plays off the word “acquire.”

The plaintiff, which has an office at 1732 Champa St. in Denver, said it advises clients in the purchase, sale and management of property interests such as oil and gas leases and water rights.

“Defendant deliberately copied the Aqyre mark in order to impermissibly benefit from plaintiff’s goodwill, reputation and success,” the plaintiff claims in its suit.

The brokerage filed its response to the lawsuit at the end of August.

“Aqyre Real Estate Advisors strongly denies the allegations in the complaint and vigorously disputes that it has infringed any valid third party trademark rights,” the brokerage said in a statement to BusinessDen. “While we are anxious to present our case, our company policy is not to comment on pending litigation.” 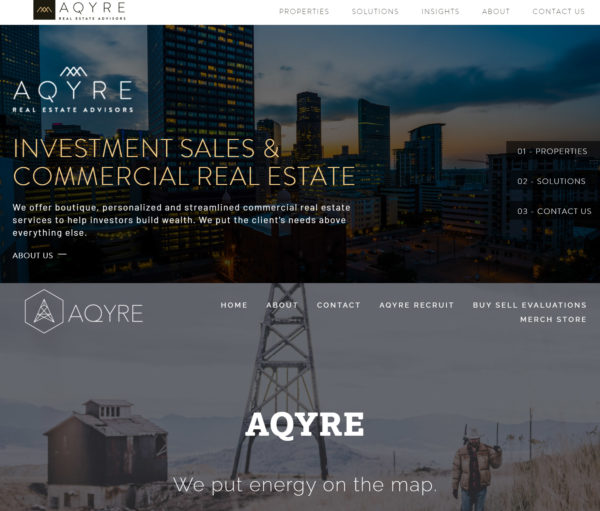 Two local firms both named Aqyre are in a court dispute over rights to the name.

According to the lawsuit, the plaintiff registered its name with the Colorado Secretary of State in May 2016, and purchased the Aqyre.Energy domain name around the same time.

The firm said it applied for trademark protection with the secretary of state in February 2020, and with the U.S. Patent and Trademark Office the following month.

The brokerage uses the website Aqyre.com, which the plaintiff said it previously hoped to get but was unable to purchase.

The plaintiff notes that the brokerage’s logo features the word “Aqyre” prominently, with the words “Real Estate Advisors” in smaller text. It claims that 77 percent of the traffic to the brokerage’s website comes from people searching “Aqyre LLC,” the name of the plaintiff’s company.

The plaintiff, which indicated that it asked the brokerage to change its name prior to filing the lawsuit, said there’s already been confusion.

“Plaintiff has not acquired common law trademark rights in the term Aqyre because it
has failed to use the term in connection with all the services alleged in the complaint, including but not limited to, commercial real estate brokerage services,” the brokerage said. “To the extent plaintiff has acquired common law trademark rights, those rights are limited in both geographic scope and to the nature of services actually rendered in connection with the mark.”

Correction: A previous reference to copyright infringement has been changed to trademark infringement.

Aqyre Real Estate Advisors, which helps clients buy and sell apartment buildings, has been sued for trademark infringement by Aqyre LLC, which advises clients on property interests such as oil and gas leases.

I am not the “average man in the street” and even I am confused by the similar names.