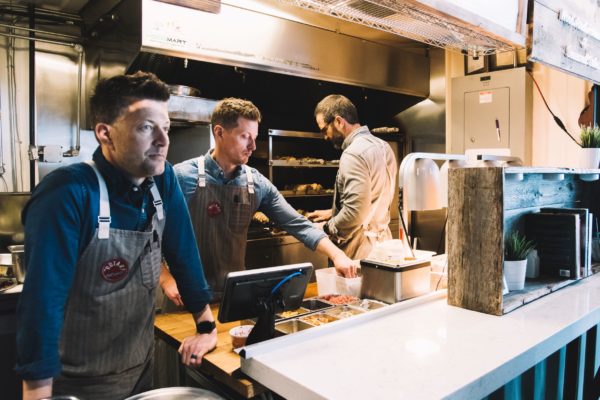 Scott Boyd, Brian Boyd and Don Gragg are the owners of The Rotary. (Photos courtesy The Rotary)

The Rotary has graduated from Avanti.

The restaurant specializing in wood-fired meats cooked on a rotisserie-style grill, which opened in the LoHi food hall in October 2018, closed its location there at the end of June.

Brian Boyd, who owns the restaurant with his brother Scott Boyd and friend Don Gragg, said the restaurant is moving into 1,450 square feet at 217 S. Holly St. in the Hilltop neighborhood. A mid-September opening is targeted.

“We liked the idea of being in a neighborhood, sort of a family-friendly type of spot,” he said.

Boyd said Avanti was The Rotary’s “incubator,” and the idea from the start was always to find a standalone location. He said the trio came close earlier this year to signing a lease at Parq on Speer, the new apartment complex at 909 Bannock St. in the Golden Triangle. By that time, however, the pandemic had arrived and the unit — larger than the Hilltop location, with higher rent — became less appealing. 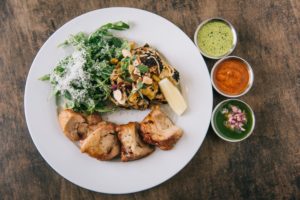 “The financial risk was just too big for three guys,” he said.

The Hilltop spot, meanwhile, was appealing from the first visit, Boyd said. The lease with the landlord, Denver-based Robert L. Naiman Co., was signed at the end of last week. Brokers Zach Cytryn and Nathan Stern of Broad Street Realty represented the tenant.

The Holly Street unit was previously home to Novo Coffee, which closed last August. Sushi Sasa owner Wayne Conwell then leased the space with plans to open a restaurant called Sasa on the Hill. Conwell didn’t respond to requests for comment regarding why that concept didn’t come to fruition.

Boyd said the coronavirus pandemic accelerated The Rotary’s desire for its own space. Pre-COVID-19, takeout and delivery was a negligible part of the restaurant’s business, and attempting to pivot to that in the food hall setting didn’t really work. Boyd said The Rotary was able to get out of its lease at Avanti about two and a half months early.

“The food hall concept is all about getting as many people in there as you can … We couldn’t stay relevant with all the different things that we were trying — family-style meals, DoorDash,” Boyd said.

In Hilltop, The Rotary plans to revert back to its regular menu, which has been scaled back in recent months. Dine-in service won’t be an option at first (though there will be a patio for those getting takeout) as the owners look to emphasize grab-and-go.

“In a space of our own, we can really focus on that,” Boyd said, adding the trio hope to eventually add more locations. 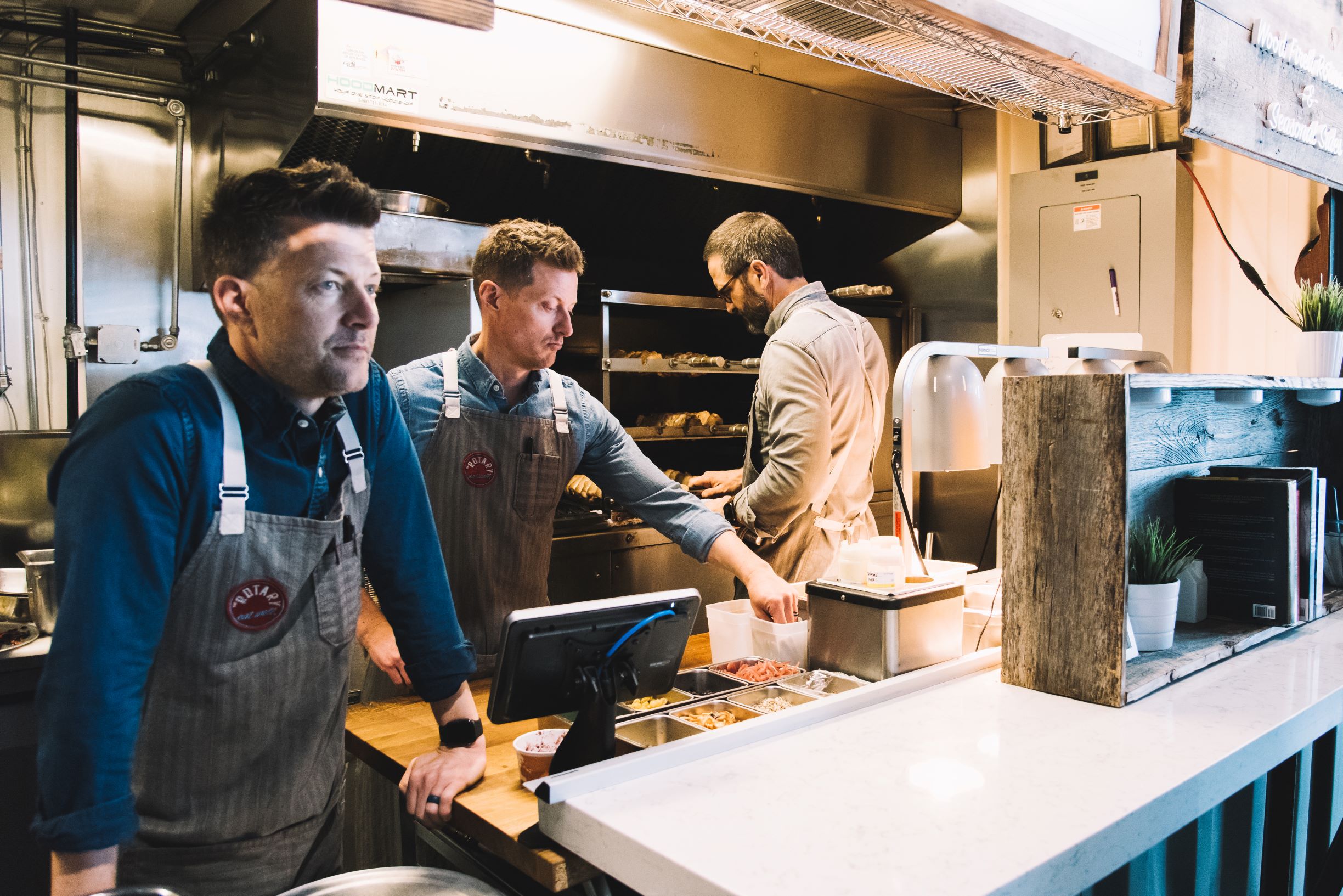 Scott Boyd, Brian Boyd and Don Gragg are the owners of The Rotary. (Photos courtesy The Rotary)

The restaurant is taking over space formerly occupied by Novo Coffee.