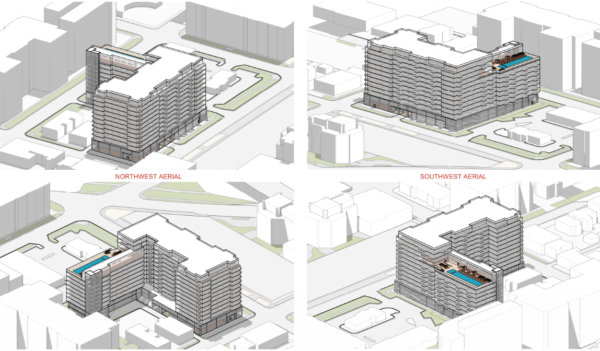 The developer under contract to buy the site of Cap Hill restaurant Racines has come into focus.

Virginia-based AvalonBay Communities, which builds apartment complexes, submitted development plans to the city at the end of last week for the restaurant’s home at 650 Sherman St., as well as neighboring parcels.

Racines owners Lee Goodfriend and David Racine announced in early April that they would close the restaurant in January 2021, and that they were under contract to sell the property to a developer. But they didn’t name the developer at the time. 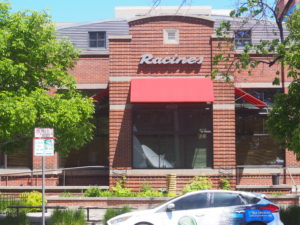 Racines opened in 1983, and has operated at its current site since 2004. (Thomas Gounley)

Although the announcement came in the midst of the coronavirus pandemic, the deal was in the works before that.

In addition to the 0.57-acre Racines lot, the development plans show that AvalonBay, which declined to comment, also plans to control three adjacent parcels: 696 Sherman St. to the north, and 645 and 657 Grant St. to the east.

The 696 Sherman St. parcel has a single-story retail building on it, which is home to hair salon The Parlour and restaurant Sushi Cup. Max’s Wine Dive also operated at the site before closing in February. 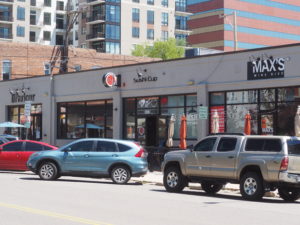 The proposed project would also replace this building at the corner of 7th Avenue and Sherman Street. (Thomas Gounley)

The Grant Street parcels are home to two small buildings that appear to be residential in nature.

The total development site is 1.15 acres, according to the plans. The proposed structure would be 13 stories along Sherman Street, and nine stories along Grant Street. There would be 411 apartments and 314 parking spaces, some of them underground.

AvalonBay entered the Denver market in 2017 and has purchased four complexes in Aurora, Castle Rock, Lakewood and Littleton, with a combined 1,086 units. The company’s first ground-up development locally is Ava RiNo, which is under construction on a full city block at 1185 26th St.

The owners of the restaurant, which opened in 1983, said last month that they would close in January 2021.