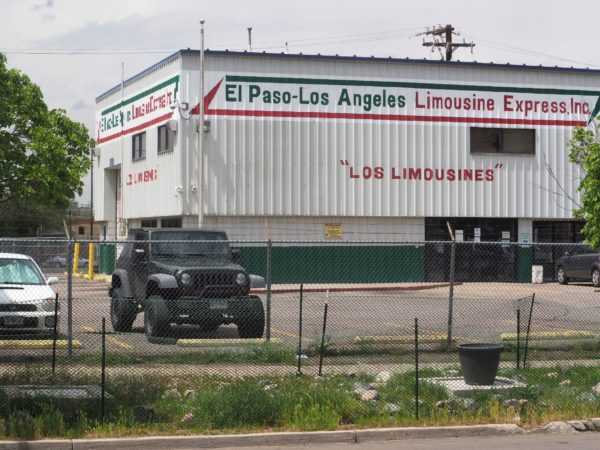 A photo of the “Los Limousines” bus station at the corner of 22nd and California streets. (Thomas Gounley)

The Greyhound block isn’t the only central Denver bus station that might be on its way out.

A staffer with Shears Adkins Rockmore Architects submitted an early-stage development proposal to the city this month, calling for a 300-unit project at the northwest corner of 22nd and California streets in Arapahoe Square.

The site is currently home to El Paso-Los Angeles Limousine Express Inc., whose routes generally serve the southwestern United States and Mexico, according to its website.

The plans identify the developer as Scenic Investments. 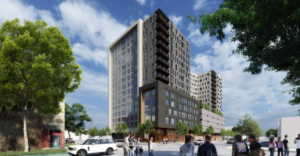 A rendering of the proposed project. (Public records)

Forty-seven of the units would be studios. There would be 193 one-bedroom units and 60 two-bedroom units. Plans call for 224 parking spaces, all above ground.

Greyhound’s bus station is located about a half-mile away, closer to the heart of downtown. The company put the station, which spans a full city block, on the market last year, and a Canadian developer submitted plans for two 400-foot towers at the site in early March. For now, however, Greyhound still owns the property.

A photo of the “Los Limousines” bus station at the corner of 22nd and California streets. (Thomas Gounley)