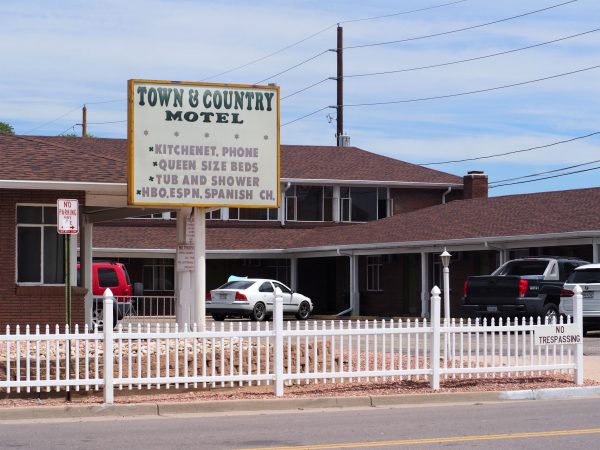 A Globeville motel has closed and the longtime operators have sold the property.

The property was home to the Town & Country Motel. On Monday, its parking lot was fenced off and no-trespassing signs were posted.

The registered agent for the purchasing entity is Michel Gephart, whose LinkedIn page identifies him as a real estate investor and broker at Nighthawk Property Group LLC. He did not respond to a request for comment on Monday.

The property was sold by HNY Inc. Kyung Hyon and Soo Lee signed the sales paperwork on behalf of the seller. Hyon originally purchased the property in 2000 for $900,000, according to public records. The pair operated the motel. 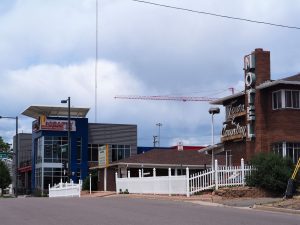 SFF Realty is the developer and owner of a retail complex across the street from the motel. (BizSense file photo)

In 2019, SFF Realty, the developer and owner of a retail complex across the street, filed a lawsuit against Hyon and Lee. It accused them and the motel of creating “an environment that encourages criminal conduct.” SFF Realty is associated with Central Street Capital, which operates as a private family office investing the funds of health care entrepreneur and philanthropist Rob Salazar.

The shuttered motel sits on a 0.43-acre lot, according to property records. It’s within walking distance of the 41st and Fox commuter rail station.

Some nearby lots have been targeted for redevelopment, with one proposed project being a big-box retail store topped by both office space and residential units. But no redevelopment plans have been submitted to the city for the motel lot.

The operators of the Town & Country Motel were accused in a 2019 lawsuit of creating “an environment that encourages criminal conduct.”