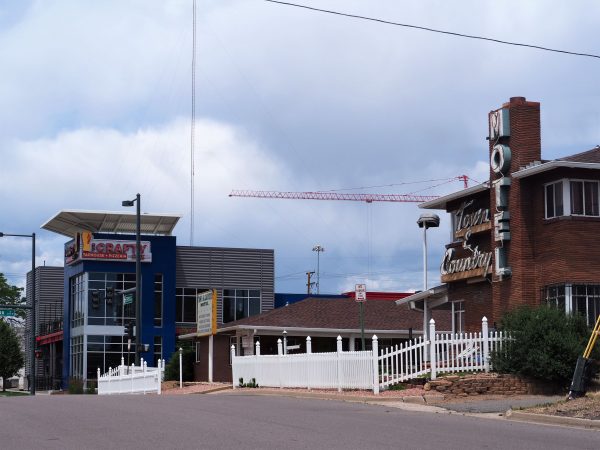 The Town & Country Motel in Globeville is being sued by the developer of the retail complex across the street. (Photos by Thomas Gounley)

The developer of a retail complex at the edge of Globeville is suing the motel across the street from it, accusing it of creating “an environment that encourages criminal conduct.”

The LLC lists an address that matches that of Denver-based Central Street Capital, which operates as a private family office investing the funds of health care entrepreneur and philanthropist Rob Salazar. The entity alleges the motel has become a nuisance and is driving away tenants and “substantially and unreasonably interfering with the Plaintiff’s use and enjoyment of its land.”

Reached Monday afternoon, a woman who answered the phone at the motel took down a reporter’s contact info, saying she didn’t want to comment but was in the process of hiring an attorney. No representative had responded as of press time. 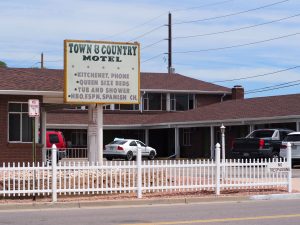 The lawsuit alleges the motel’s owner have created “an environment that encourages criminal conduct.”

SFF Realty purchased the 3901 Fox St. property in July 2008 for $625,000, according to records, which show it finished constructing Fox Street Shops at the site in 2013. The retail complex is home to three businesses: a liquor store, a fitness studio and a physical therapy practice. A fourth business, restaurant Crafty Fox Taphouse & Pizzeria, closed earlier this month.

The Town & Country Motel, meanwhile, appears to have operated for decades across the street at 639 W. 39th Ave. According to the lawsuit, the motel is owned and operated by Kyung Ah Tran and his wife Soo Ah Lee, who also live at the property.

SFF Realty says in that lawsuit that while it “has invested substantially in the neighborhood, including significant and expensive improvements to its property,” the motel “openly fosters and creates an environment that encourages criminal conduct including drug abuse, public drunkenness and prostitution.”

It says the motel “offers rooms at cut rates for short periods of time during the day (or evening) which … facilitates illicit activity” and accepts vouchers from former inmates from the county jail, thus “fostering an environment of lawlessness.”

SFF Realty says Denver police have responded to the motel 158 times in the “recent past,” a period the lawsuit does not define.

The lawsuit says the situation has affected Fox Street Shops tenants. In April, it claims, a man from the motel overdosed inside the Crafty Fox, and another time a woman entered the restaurant covered in blood, explaining she had been beaten up in a drug deal gone bad at the motel.

SFF Realty says its tenants have asked about or gone through with ending their lease, declining to renew their lease or having their rent reduced due to the situation.

Contacted by BusinessDen, Crafty Fox owner Angelique Moyer forwarded a June 16 letter she sent to her landlord, in which she said she would not be renewing her lease and “I am convinced that the motel is the major reason why my business has failed.” (Moyer, the daughter of Rob Salazar, is an executive with Central Street Capital, and also co-owns the liquor store that operates at Fox Street Shops, according to a recent profile in Hispanic Executive).

SFF Realty is asking the court to award it an unspecified amount of monetary damages, and “permanently enjoin defendants from operating the Motel in a fashion that unreasonably interferes with the Plaintiff’s use and enjoyment of its property.” 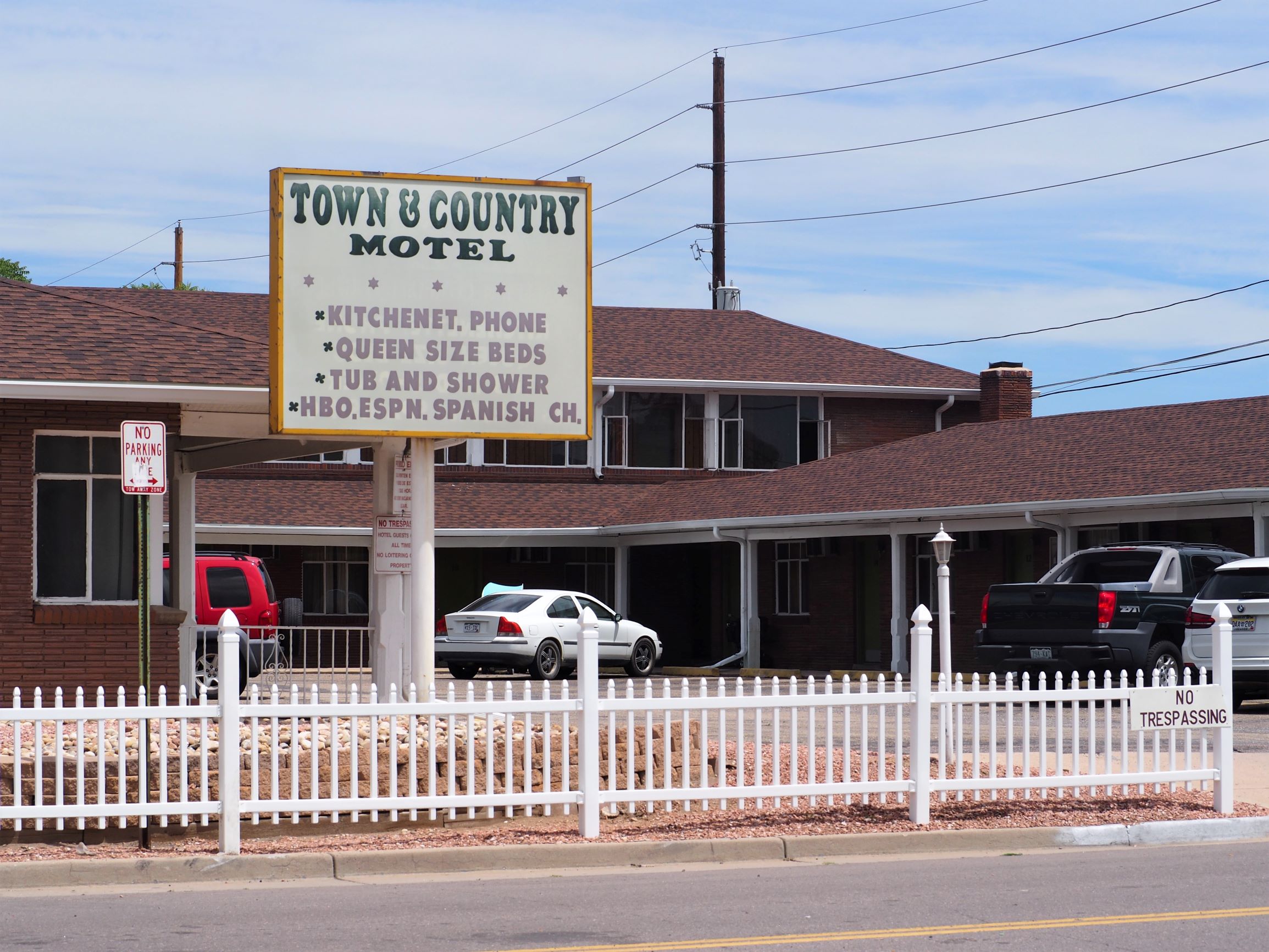 The Town & Country Motel in Globeville is being sued by the developer of the retail complex across the street. (Photos by Thomas Gounley)

An entity associated with the Salazar family says the Town & Country Motel has created ‘an environment that encourages criminal conduct.’