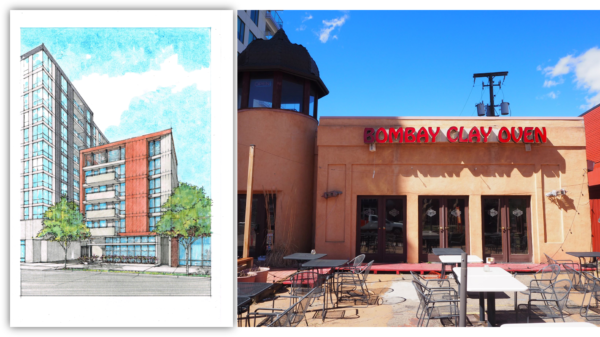 Indian restaurant Bombay Clay Oven closed at 165 Steele St. in Denver in April 2019. The restaurant is slated to be replaced by a hotel project. (Photo by Thomas Gounley and rendering courtesy Pappas Architecture + Design)

Hotel rooms are planned as a former restaurant property in Cherry Creek has sold.

Mike Mathieson, owner of development firm Forbes Partnership, said the purchasing entity is made up of him and Deviree Vallejo. The pair previously partnered on other real estate and developments around town, including a six-unit project at 3135 Zuni St. in Highland and 3134 Walnut St. in RiNo, a salvage yard for which redevelopment is planned.

Mathieson said Forbes Partnership wants to develop a six-story project on the site, with ground-floor restaurant space and 60 units above. He expects to submit development plans to the city in the coming days.

The units would be apartment-like with kitchens, washers and dryers, but Mathieson expects the building to be operated like a hotel. He’s already developed one 20-unit project in Denver, at 3022 Zuni St., for San Francisco-based hospitality company Sonder. And the company has leased another 116-unit project he’s planning to develop at 2534 18th St., about half a mile away.

Mathieson said he’s been in talks with Sonder about leasing the 165 Steele project as well.

“We’ve actually agreed to all terms and everything … then the coronavirus hit and put it on hold,” he said.

Mathieson said he was told that Sonder currently is not signing new deals. Tech news site The Information reported Tuesday that the company had laid off 400 employees, a third of its staff, due to the sudden plummet in global travel. An investment round last year valued Sonder at approximately $1 billion.

The 165 Steele St. parcel, adjacent to the recently completed condo project The Laurel, is 6,250 square feet, or 0.14 acres. That makes Wednesday’s deal worth $320 a square foot.

The property was sold by Bombay Real Estate Group LLC, which paid $850,000 for the site in August 2006, records show. Mathieson said the sellers owned the restaurant, which operated at the site for 22 years. 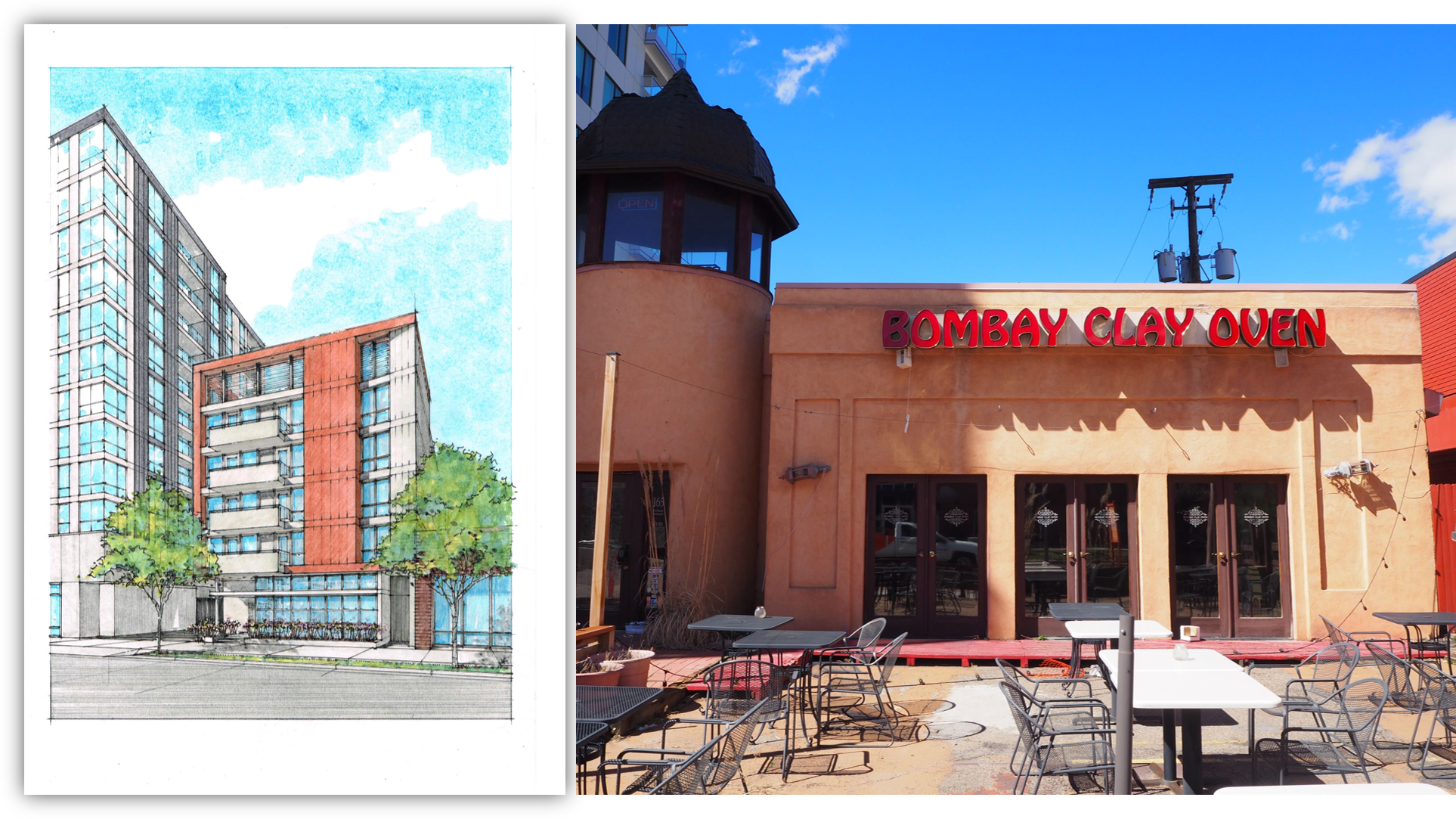 Indian restaurant Bombay Clay Oven closed at 165 Steele St. in Denver in April 2019. The restaurant is slated to be replaced by a hotel project. (Photo by Thomas Gounley and rendering courtesy Pappas Architecture + Design)

Hotel rooms are planned, although the coronavirus halted the signing of an agreement.

Another tried & true Denver establishment goes the way the dinosaurs 🦖. Would like to know if developer is giving Bombay Clay Oven first choice option on being included in the restaurant development?

They were already out of business I believe.