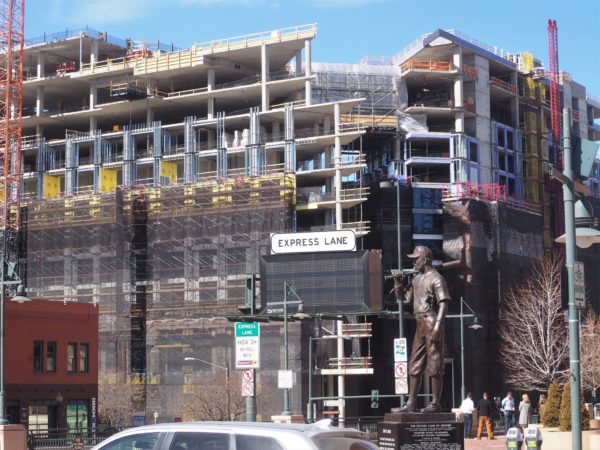 McGregor Square looks to be in about the sixth inning.

As photos demonstrate, a lot has been done on the mixed-use project that the Colorado Rockies are developing on a full city block next to Coors Field. A topping out ceremony recently was held. But completion is still a ways off.

McGregor Square will consist of three separate buildings, which are together slated to house 108 condos, as well as 225,500 square feet of office space, 75,500 square feet of retail and restaurant space, and a 176-room hotel, which will incorporate a team Hall of Fame.

We last checked in on this project in October. The photos below were taken Tuesday and Wednesday. 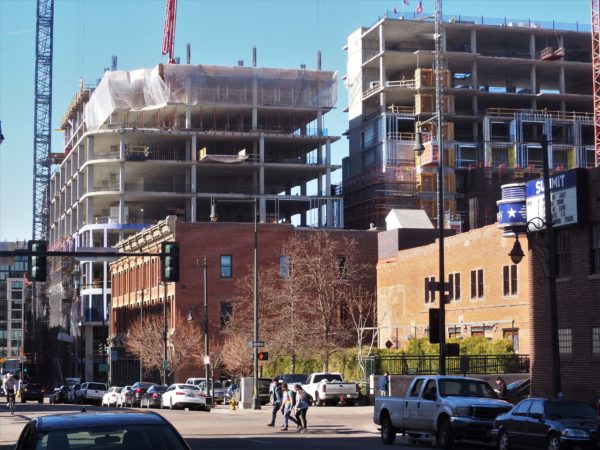 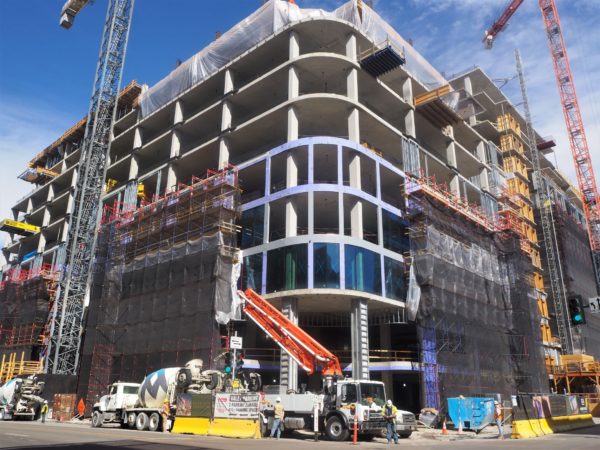 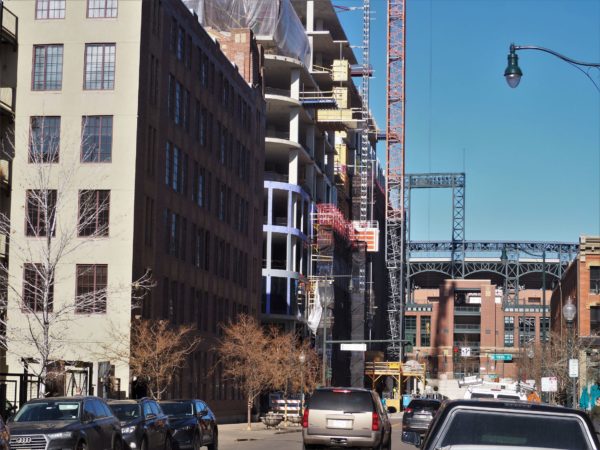 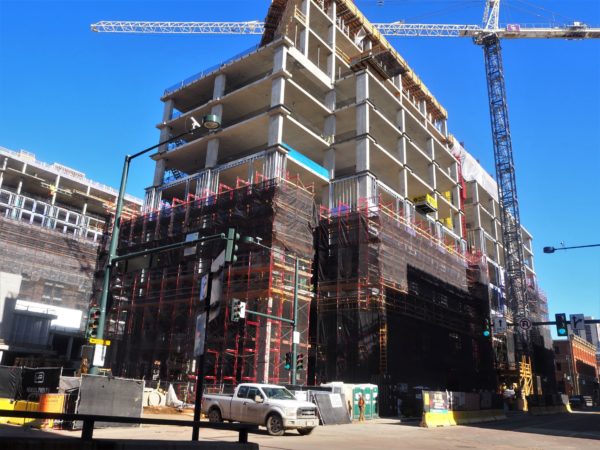 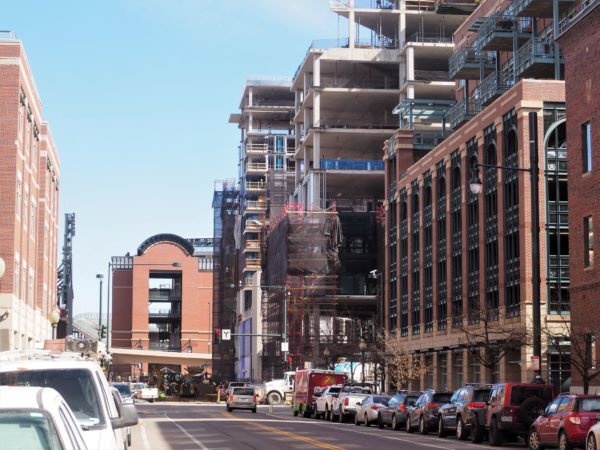 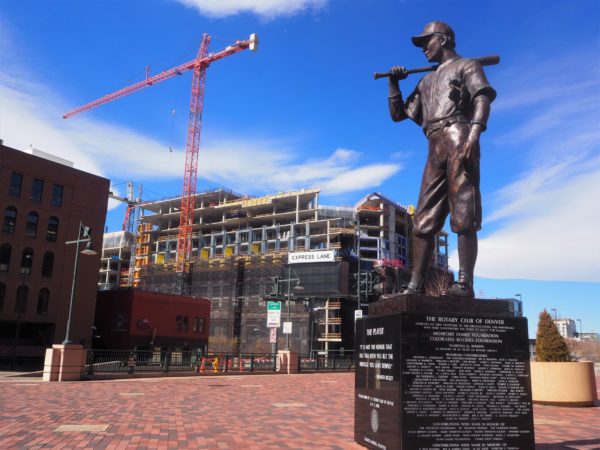 Developer: Colorado Rockies, which struck a 99-year lease for the land in 2017

Previously at the site: A parking lot known as West Lot 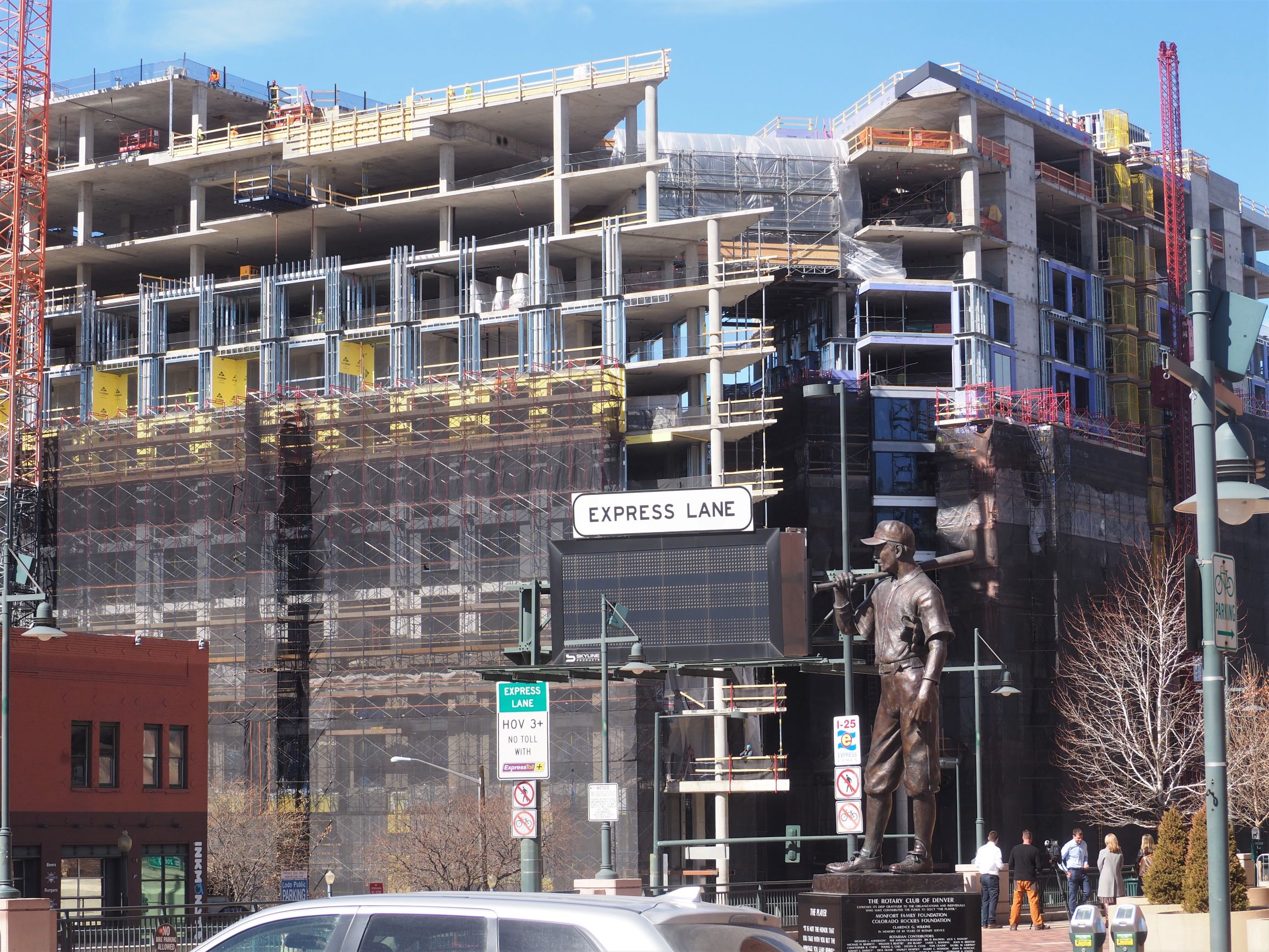 We checked in on the mixed-use project the Colorado Rockies are developing across the street from Coors Field.