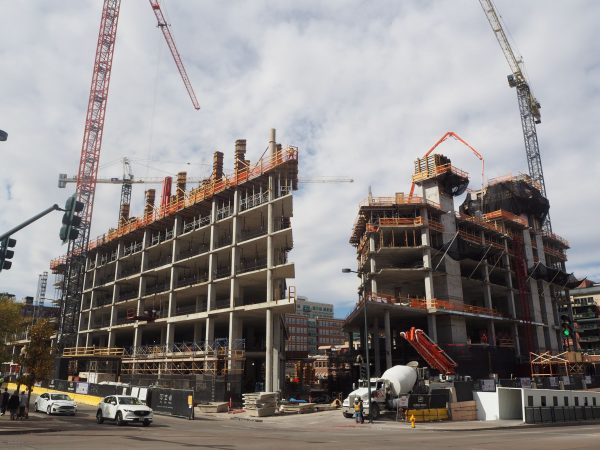 Coors Field is getting a neighbor.

That’s what is posted on signs surrounding the construction site across 20th Avenue from the baseball stadium, on what was previously a parking area known as West Lot.

The site is poised to become McGregor Square, a mixed-use development named for the late Rockies President Keli McGregor, who died in 2010.

Work on the project began in September 2018 and is expected to wrap up in the first quarter of 2021.

McGregor Square will consist of three separate buildings. Per updated figures provided by architecture firm Stantec, they are expected to house 108 condos, as well as 225,500 square feet of office space, 75,500 square feet of retail and restaurant space, and a 176-room hotel, which will incorporate a team hall of fame.

Here are photos taken last week (click for a larger view), as well as a rendering and a site map. 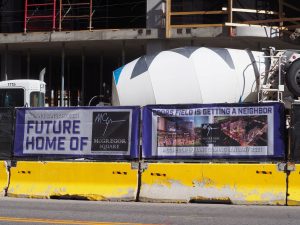 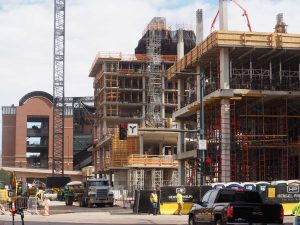 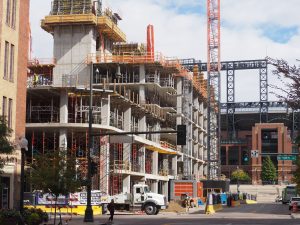 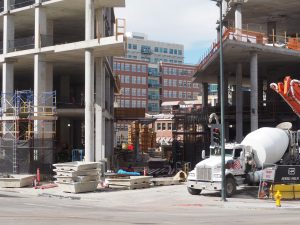 Developer: Colorado Rockies, which struck a 99-year lease for the land in 2017 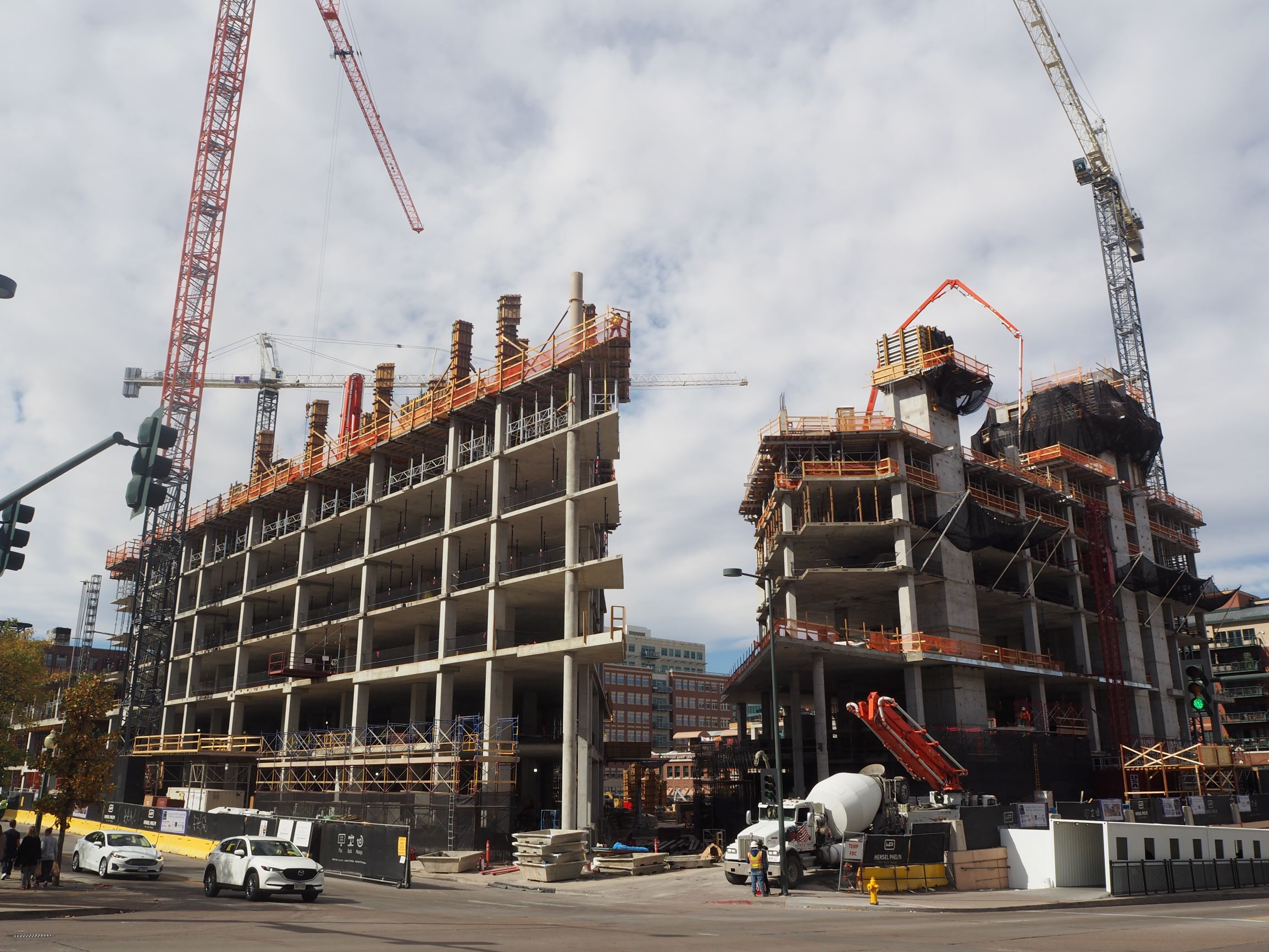 We checked in on construction of the mixed-use project the Rockies are developing next to Coors Field.