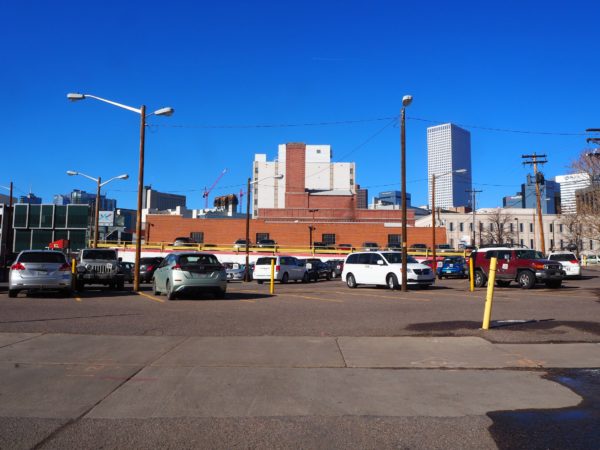 The 1300 Cherokee St. parcel is currently used as a parking lot. (Thomas Gounley)

Another Golden Triangle parking lot is being eyed for an apartment complex.

The document, known as a project concept, shows the building would have about 6,700 square feet of ground-floor retail space, and 161 parking spaces on floors two through five. It states the project would be developed by Xenia Development LLC, for which Elser is listed as the contact.

The Preston Partnership is listed as the architect. The Atlanta-based firm designed Glass House condo building at 1700 Bassett St. in Riverfront Park.

Elser did not respond to a request for comments. According to Adelaide’s website, he founded the company in August 2018 after formerly working as a managing director and head of an urban multifamily development for the Southwest region for Houston-based Hines.

The Golden Triangle is having a development boom, with the bulk of it being apartment towers.

Lennar Multifamily Communities is the biggest player. The firm is building a 17-story, 393-unit project at the southwest corner of Acoma Street and 10th Avenue. It’s got another development site just across the alley, as well as plans to build on the parking lots surrounding the historic Evans School a block away.

Dallas-based Mill Creek Residential, meanwhile, is under contract to buy the Rocky Mountain Public Media building at 1025 Bannock St., where it’s proposed a 16-story complex of its own.

That’s in addition to the complexes that have been completed in the neighborhood in recent years, such as Parq on Speer and Eviva on Cherokee.

The 1300 Cherokee St. parcel is currently used as a parking lot. (Thomas Gounley)

The neighborhood is having a development boom, with the bulk of that coming in the form of apartment towers.