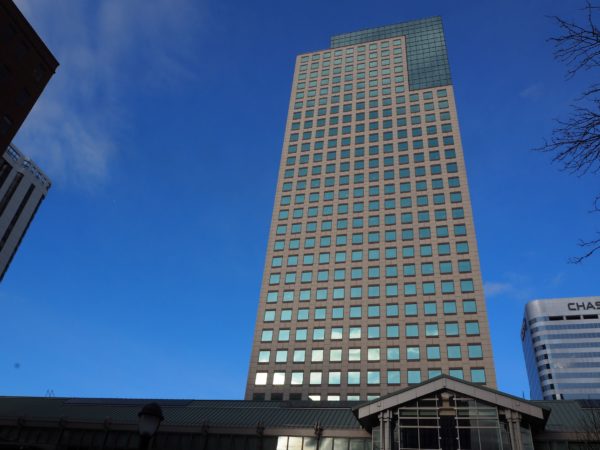 The Tabor Center is located at 1200 17th St. in Denver. (Photos by Thomas Gounley)

Canadian real estate firm Ivanhoe Cambridge has sold its stake in downtown Denver’s Tabor Center office tower, along with the pad where a long-planned sister tower could be built.

Jonathan Pearce, an executive with the company, told BusinessDen Tuesday that the buyer for the 30-story tower at 1200 17th St. was Boston-based Beacon Capital Partners.

Beacon Capital, whose Denver holdings include the Wells Fargo Center and The Hub, has added the Tabor Center to the portfolio section of its website. The firm did not respond to a request for comment. 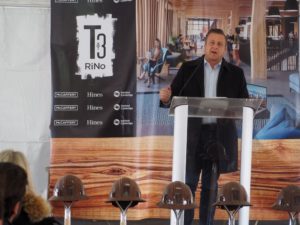 Ivanhoe Cambridge announced in 2014 that it had purchased a 40 percent stake in the Tabor Center sites and another downtown tower for a combined $200 million.

Property records show that the Tabor Center has been owned by CCP/MS SSIII Denver Tabor Center I Property Owner LLC, which purchased it in March 2007 for $265.8 million, according to public records. A related entity paid another $27 million for the development site at the same time.

No deed of sale for the recent sale of Ivanhoe Cambridge’s stake had been recorded as of press time.

The Tabor Center was completed in 1984, and is the city’s 15th-tallest building. It sits at the corner of the 16th Street Mall and Lawrence Street. Tenants include WeWork, law firm Lewis Roca Rothgerber Christie and tech company Gusto.

The project’s original master plan for the block called for a second tower at the corner of 17th and Larimer streets, with the structures sharing a parking facility. Construction of the sister tower has been floated multiple times since, most recently in 2018, when development plans for a 33-story, 494-foot “Two Tabor” were submitted to the city.

Ivanhoe Cambridge is co-developing the T3 office project, which broke ground at 3500 Blake St. in RiNo on Tuesday, in partnership with Houston-based Hines and Chicago-based McCaffery. 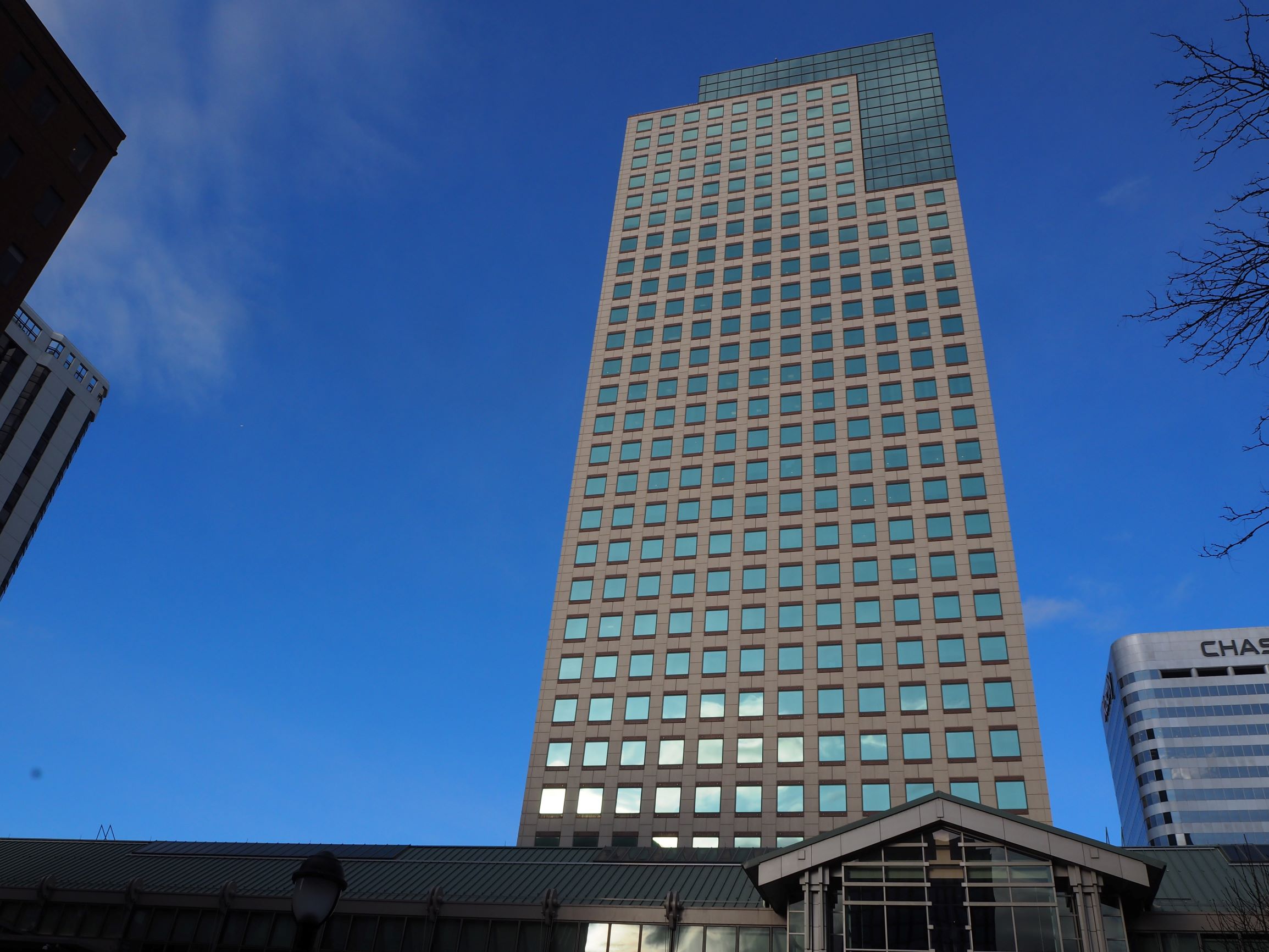 The Tabor Center is located at 1200 17th St. in Denver. (Photos by Thomas Gounley)

An executive said the buyer was Beacon Capital Partners, which now lists the property on its website.