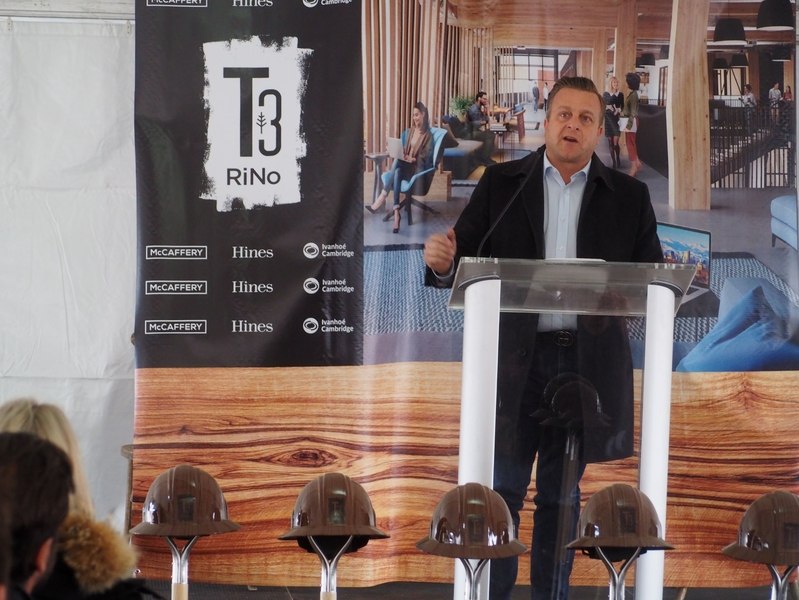 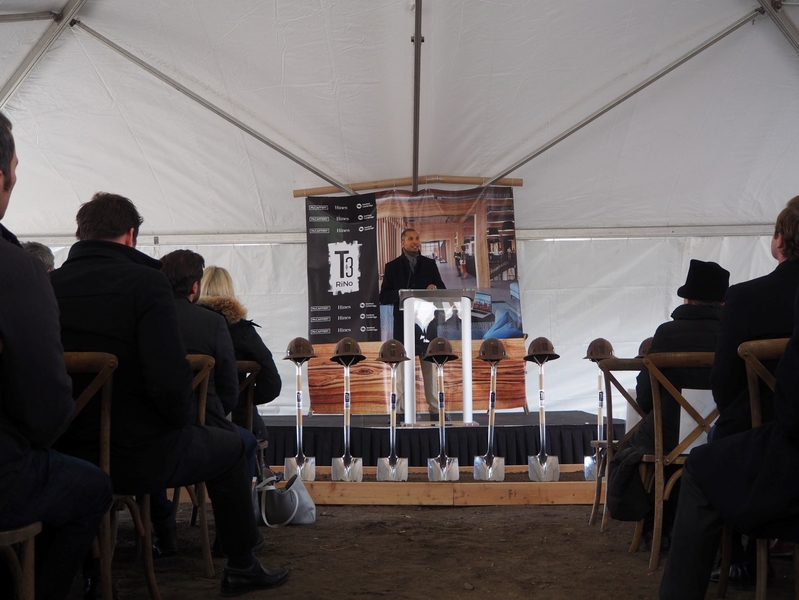 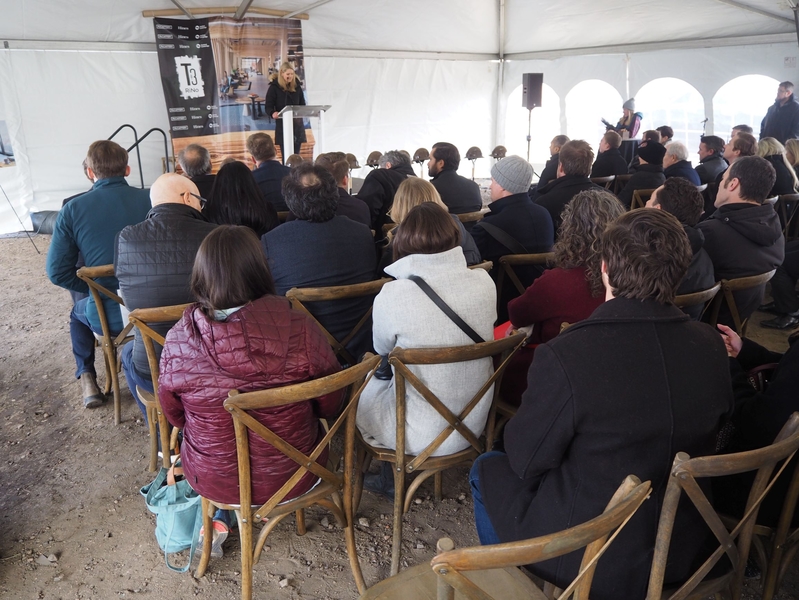 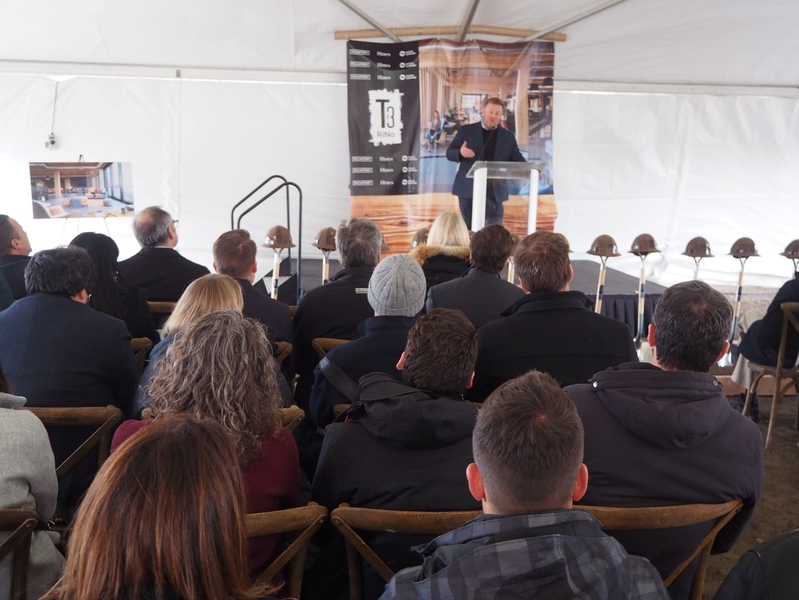 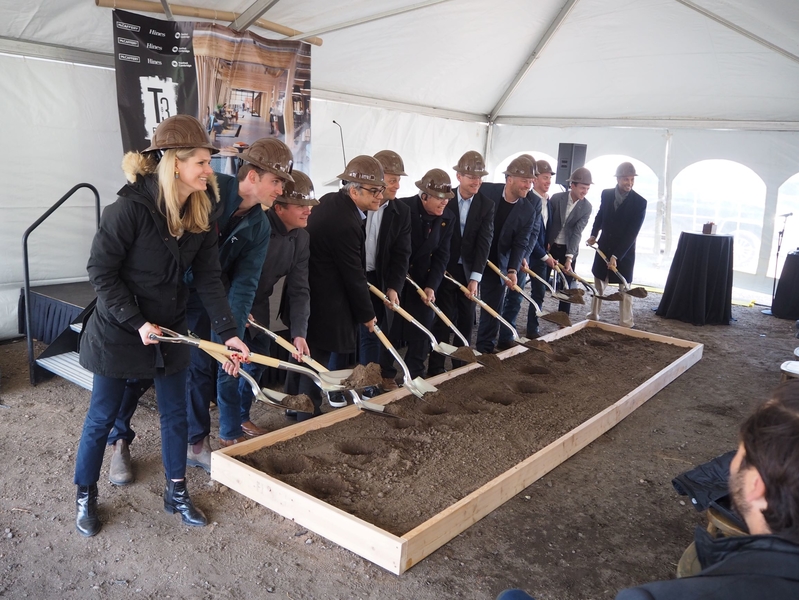 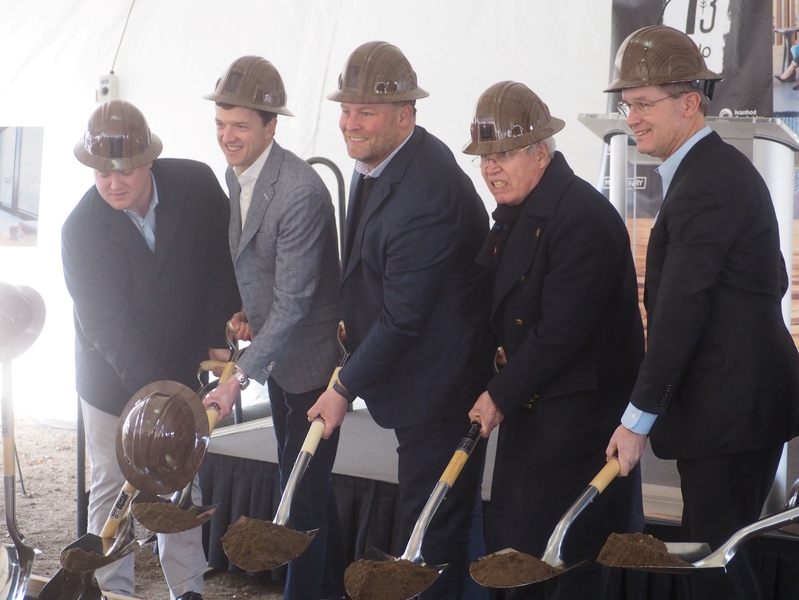 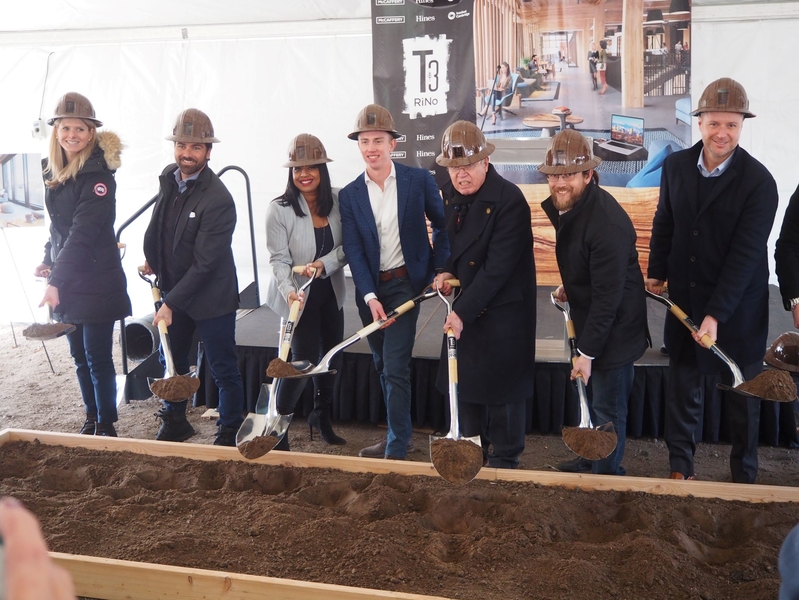 The developer behind Denver’s newest skyscraper has moved on to RiNo.

Hines is developing the six-story, 240,000-square-foot structure in partnership with Chicago-based McCaffery and Canadian investment firm Ivanhoe Cambridge. Tuesday’s groundbreaking was the first of a wave of construction starts expected this year for major RiNo office projects. 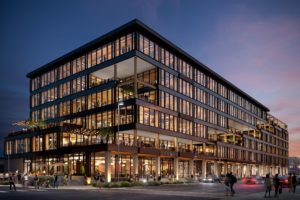 A rendering of the T3 building. (Courtesy Hines)

Jonathan Pearce, Ivanhoe Cambridge’s executive vice president for North American office and industrial leasing and development, told BusinessDen the project is being developed on spec, meaning no leases have been signed. But he said early interest isn’t just from RiNo’s usual suspects, such as tech companies.

“We’re seeing professional services firms … it’s typical of a market that is moving from aspirational to real,” he said.

Decisions about where companies should locate are being made by a different department than in the past, due to the need to attract talent in a hot economy, Pearce said.

“It’s normally HR who is the driving force behind it,” he said. “And as recently as five years ago, it was finance, the CFO.”

Pearce said his firm sees the building “helping to fill in” the neighborhood, citing the nearby commuter rail station and the host of residential units added in recent years.

BusinessDen was first to report in August 2018 that Hines was under contract to purchase 3500 Blake St. The companies closed on the land that November, paying $11.25 million, or $225 a square foot. The 1.15-acre property has a soon-to-be-demolished industrial building on it, which previously was used by Vitraform, a glass sink manufacturer. 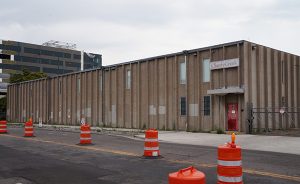 The 3500 Blake St. parcel has been home to an industrial building. (BizDen file)

Hines’ inaugural T3 building was built in Minneapolis and completed in 2016. The name stands for timber, technology and transit. But a representative for Denver Mayor Michael Hancock joked Tuesday that the RiNo building should have a slightly different name, citing the expected effect on the area.

“I think officially we’ll have to name this T4, for the transformation,” said Anthony Graves, director of external affairs for Denver Economic Development and Opportunity.

The building was designed by Pickard Chilton Architects and DLR Group. Amenities will include large, private tenant terraces on each floor, a fitness center and a bicycle facility.

Tuesday's ceremony was the first of a wave of construction starts expected this year for major RiNo office projects.

That’s great that still another large building is being built in the neighborhood. What is being done to improve access to I-70? Certainly the one A train is not going to bring everyone to work. And certainly not everyone is going to walk or ride their bike. So is that one lone lane of 38th under the train tracks going to move all this new traffic?? I see an even bigger cluster *uck headed this way trying to get In and out of town! I see all these new structures and stories of more but haven’t seen anything yet about addressing traffic flow. What gives?

I’m guessing Gail they’re banking on “TOD”, transit oriented development & marketing / tailoring that toward millennials & young persons who do / rather prefer alternative transportation to the automobile. Keep in mind the freeway is being widened from I -25 all the way East to Chambers in Aurora . And it will have mass transit lanes.