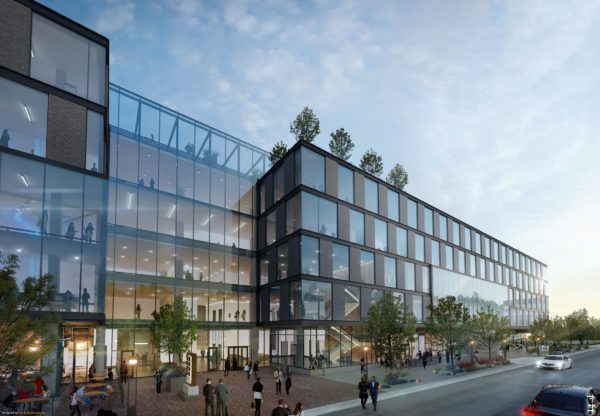 A rendering of One Platte. (Courtesy Nichols Partnership and Shorenstein Properties)

A prominent Denver development firm has linked up with a national player for its latest office project, which breaks ground Monday.

Denver-based Nichols Partnership is developing One Platte at 1701 Platte St. in LoHi through a joint venture with San Francisco-based Shorenstein Properties, the companies confirmed.

“The national reach and institutional investment expertise that Shorenstein brings to the table is invaluable in ensuring the smooth development, marketing and delivery of One Platte,” Nichols founder and President Randy Nichols said in a statement.

No tenants have committed to the project. That’s a change from the original plan; a Nichols executive said last year the company wanted a signed lease before it broke ground.

Shorenstein, which owns properties around the country, is coming off a huge Denver deal. The company just sold 1.28 million square feet of downtown office space to Brookfield for $400 million, a deal that its brokers said represented downtown’s largest single office transaction in over a decade.

The company’s development activity in Denver has to this point been limited to The Grand, the approximately 500-unit apartment complex the company completed at 1777 Chestnut Place near Union Station.

Nichols, meanwhile, developed the four-story project at 1644 Platte St., just down the street from the One Platte site. The firm’s other local projects include Turntable Studios next to Mile High Stadium and downtown condo tower Spire, according to its website. The company also purchased the Art Institute of Colorado building in Capitol Hill in September, with plans to convert it to microunits.

The joint venture’s One Platte will be a five-story, 250,000-square-foot building. The project, in the works for years, is going up on a 1.5-acre site, the bulk of which was previously a parking lot owned by the city. Nichols paid $13 million for the site last February.

Tenant amenities will include a rooftop terrace, fitness center and bicycle lockers. The building also will have underground parking.

Shorenstein and Nichols expect to complete the building in early 2022. The Beck Group is the designer-builder. Newmark Knight Frank broker Jamie Gard is leading office leasing efforts, and SRS Real Estate is tasked with marketing the retail space. 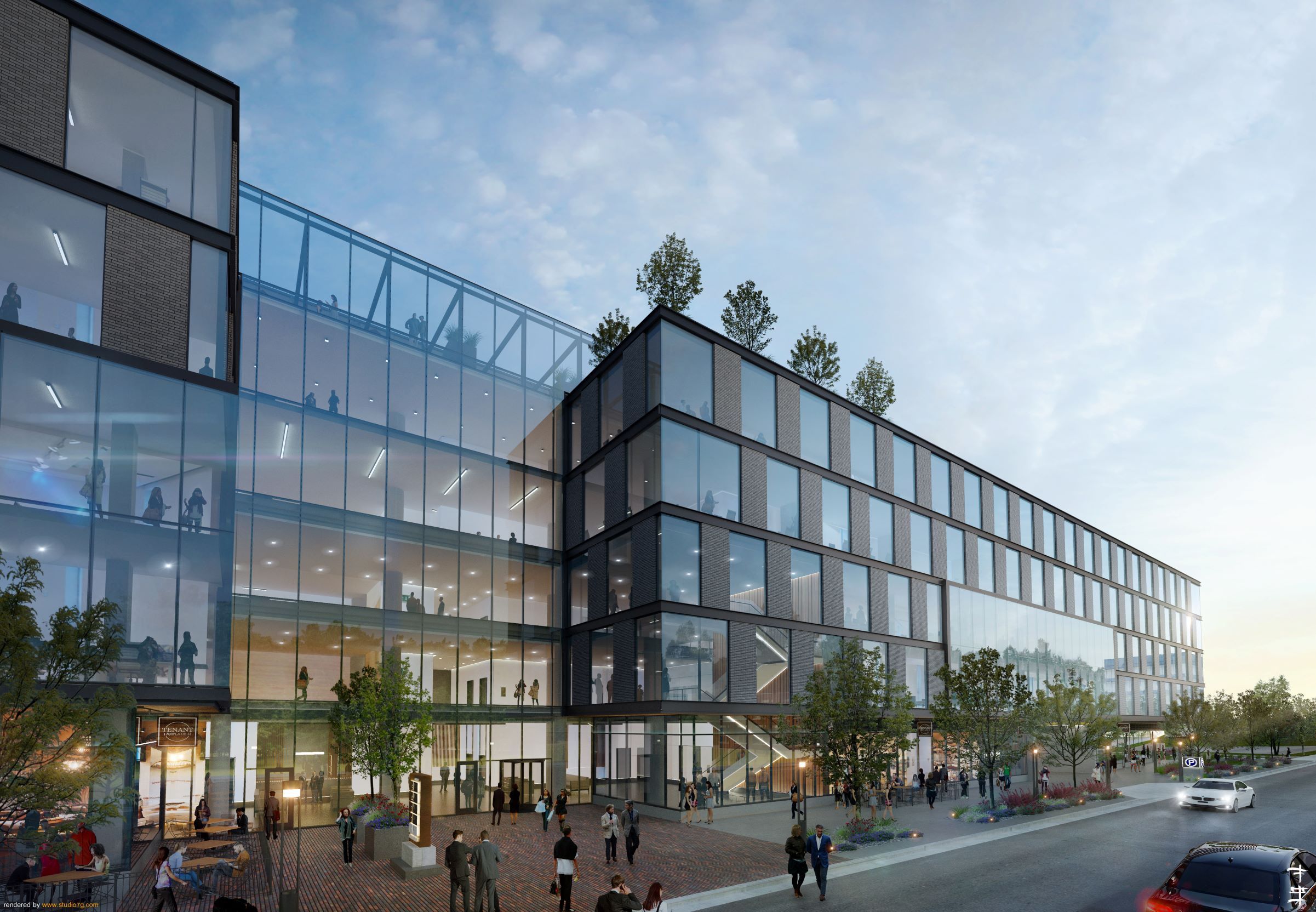 A rendering of One Platte. (Courtesy Nichols Partnership and Shorenstein Properties)

The project breaks ground today, according to the companies.