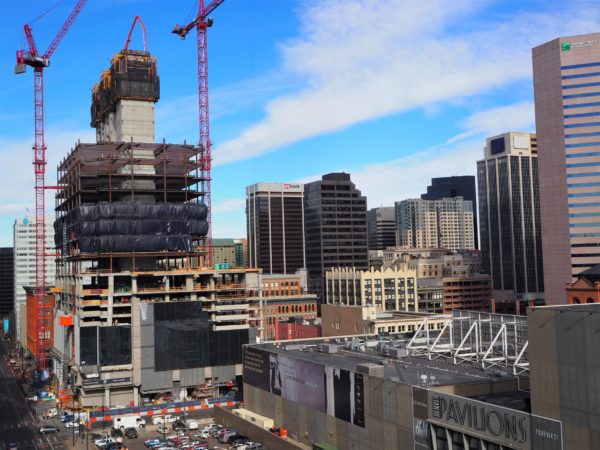 The office floors at Block 162 have begun to take shape. (Photos by Thomas Gounley)

BusinessDen last checked in on the 30-story office tower downtown in July, about a year after groundbreaking. The project finally had risen above street level by that point, after months of foundation work.

Six months later, there’s a lot more to see. The office floors, which start on floor 11, have begun to take shape. And the glass facade is being placed against the parking levels.

Here are some photos of the site taken Friday. 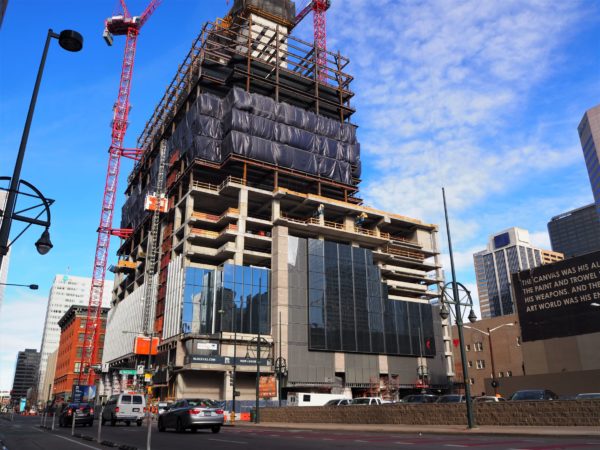 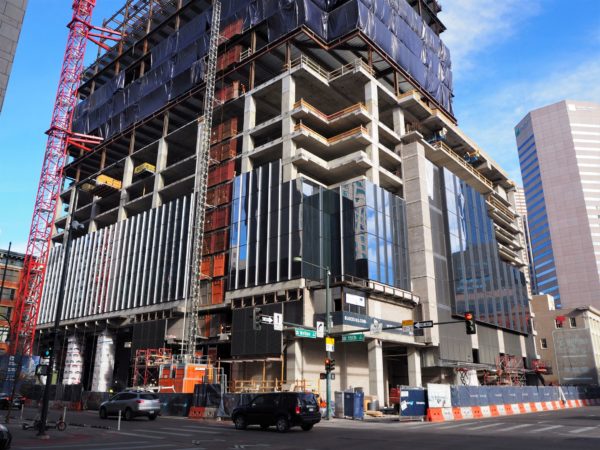 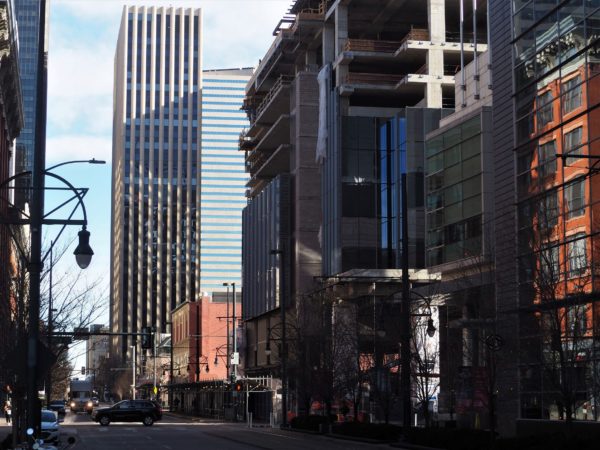 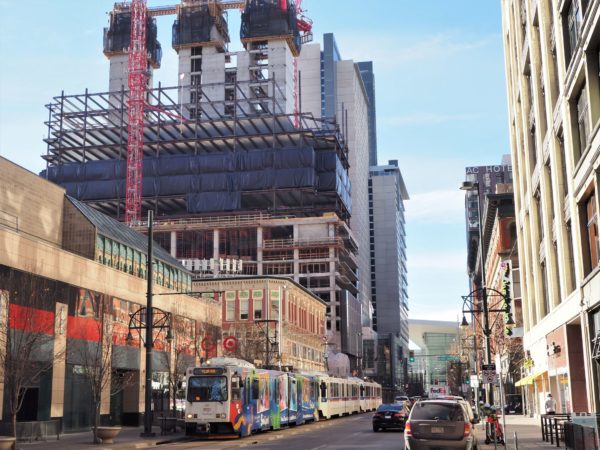 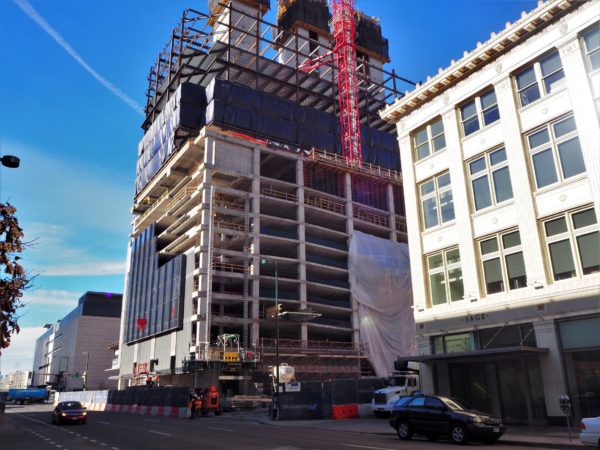 Specs: Block 162 will have retail space and a lobby on the ground floor, and offices on the 11th through 30th floors. Floor plates vary slightly but are approximately 29,000 square feet. The 11th floor also will house a fitness center, lounge and outdoor deck space. Parking will be on floors three through 10, as well as three below-ground levels. 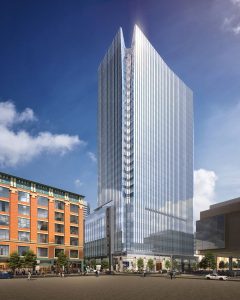 BusinessDen’s Project Snapshot feature provides a visual update on notable developments in the Denver area. We last covered the groundbreaking of Ava RiNo.

The office floors at Block 162 have begun to take shape. (Photos by Thomas Gounley)

We checked in on the 30-story office tower going up along 15th Street.