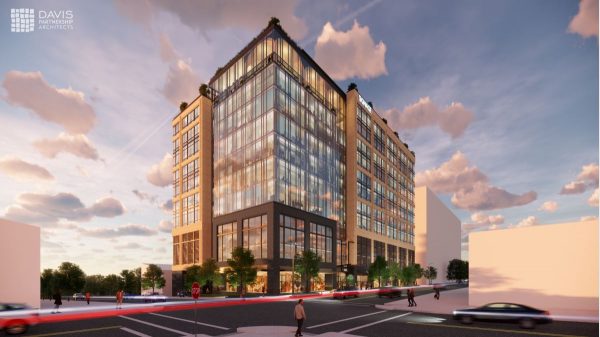 Bellevue, Washington-based Schnitzer West expects to break ground in February on a 12-story office building at the corner of 36th Avenue and Delgany Street in RiNo, according to a company representative.

The building has been dubbed The Current, River North.

Plans for The Current call for two levels of underground parking and ground-floor retail space topped by three more levels of parking. Offices will be on floors five through 12. The top two floors also will feature tenant amenities, including a rooftop terrace. 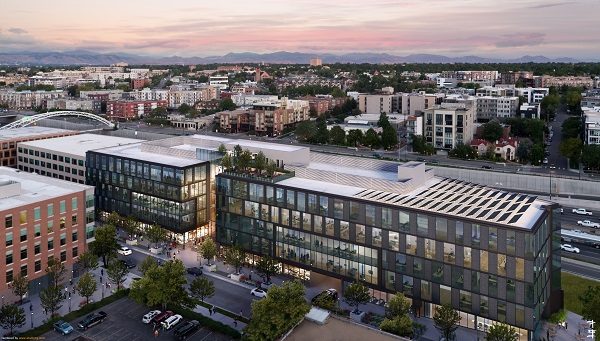 A rendering of One Platte, the five-story project planned for 1701 Platte St. in Denver. (Courtesy Nichols Partnership)

Denver-based Nichols Partnership expects to break ground in February on a five-story office building in the 1700 block of Platte Street, according to a company official.

Nichols developed the four-story office building nearby at 1644 Platte St. 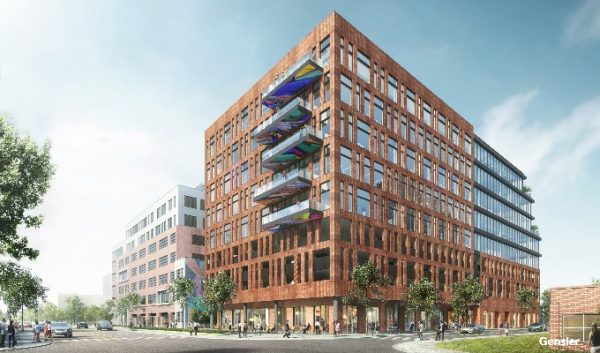 A rendering of the Watershed building as seen from Brighton Boulevard, with Catalyst behind it. (Courtesy Koelbel & Co.)

Denver-based Koelbel & Co. expects to break ground in the second quarter on Watershed, a 12-story office building in the 3500 block of Brighton Boulevard, according to an executive.

It will be adjacent to Catalyst, an office building that Koelbel completed last year.

Gym TruFusion has leased a portion of the retail space. 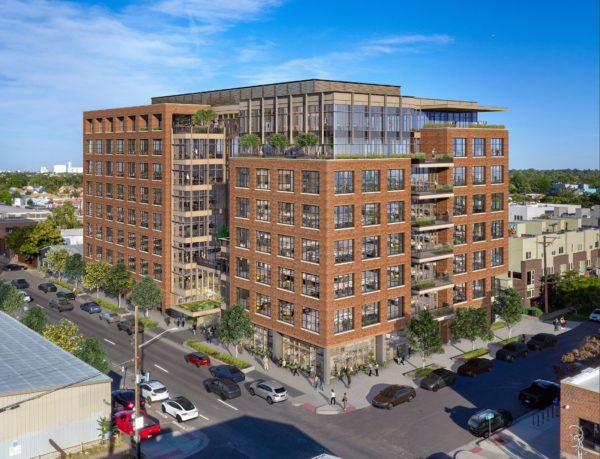 The project likely will be shovel-ready as early as the spring, according to a Perlmutter executive. It will replace a self-storage facility.

Denver-based Formativ and Chicago-based Golub & Co. expect to break ground on the office component of World Trade Center Denver by RiNo’s 38th and Blake station in the second quarter, according to a Formativ executive.

The hotel component of the project, which Formativ is developing with Memphis-based Kemmons Wilson Cos., is expected to break ground around the same time. Demolition of existing structures at the site is slated for the first quarter. 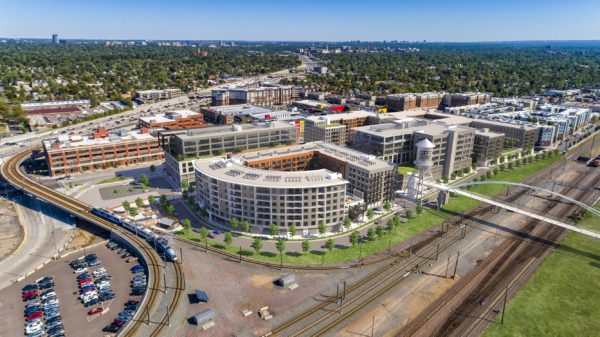 Austin, Texas-based Endeavor Real Estate Group and Denver-based Legend Partners expect to break ground this summer on the first two buildings at Gates District at Broadway Station, according to an Endeavor executive.

One of the buildings will have approximately 200,000 square feet of office space. The second will be apartments.

Gates District will be a mixed-use development at the northwest corner of Broadway and Mississippi Avenue, where a Gates rubber factory once stood. 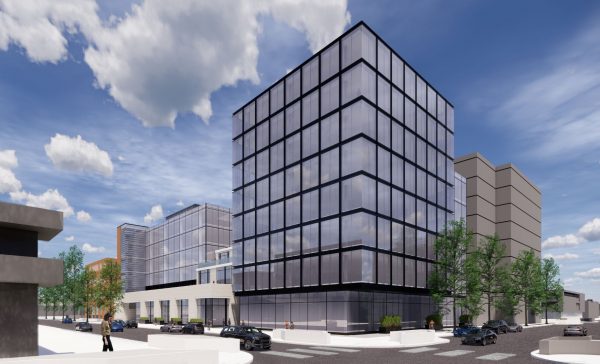 Denver- based Broe Real Estate Group is looking to break ground in late summer on two new office buildings in the 200 block of Clayton Street in Cherry Creek, according to an executive. 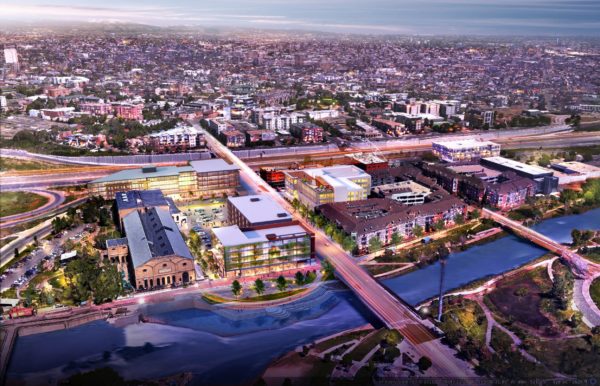 A rendering showing the expanded Riverpoint building, to the right of REI. (Courtesy Crescent Real Estate)

Texas-based Crescent Real Estate expects to break ground in the fourth quarter on a sizable expansion to Riverpoint, the existing office building at 2300 15th St., according to a representative.

The project, which involves adding a floor to the building and constructing on the parking lot behind it, will expand the complex to 196,000 square feet, from 54,000 square feet now. 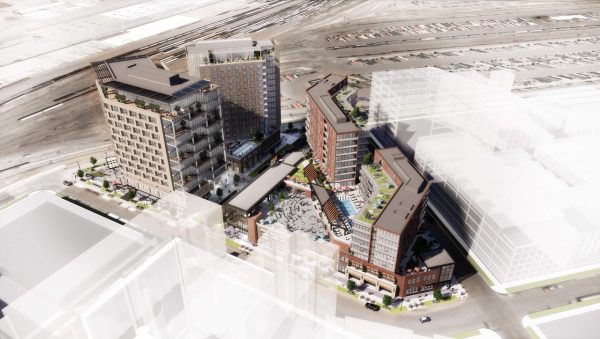 Denver-based Invent Development Partners and New York-based partner Halpern Real Estate Ventures hope to break ground on their project dubbed Train near RiNo’s 38th and Blake station in either the fourth quarter of 2020 or the first quarter of 2021, according to an Invent executive.

Like the aforementioned World Trade Center and Stonebridge projects, Train isn’t strictly an office building. Plans call for hundreds of hotel rooms and an entertainment venue. But 275,000 square feet of office space is slated to occupy one tower planned for the block formed by Walnut, 40th and Blake streets.

Texas-based Hines declined to provide an estimate of when it expects to break ground on its planned six-story, 250,000-square-foot T3 office building at 3500 Blake St.