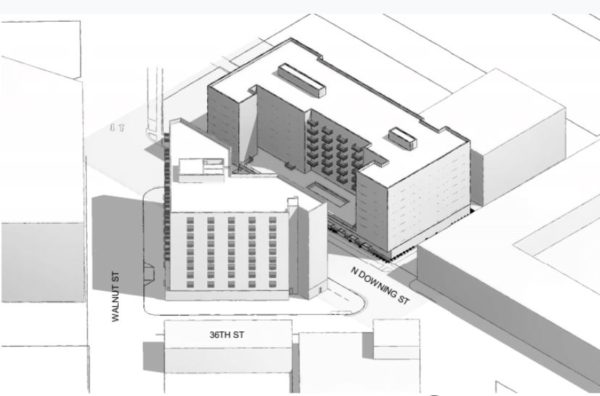 A drawing showing the general scale of the development. (Public records)

The first set of plans calls for a 10-story, 151-unit residential building on the 0.42-acre triangular block formed by 36th Street, Walnut Street and Downing Street, directly across the street from office building The Hub.

The lot is owned by Sharing and Caring Ministries. A staffer at the site Tuesday said the single-story building on it is home to an early-childhood education center, as well as a church and food bank. The site owner did not respond to a request for comment left with the staffer. 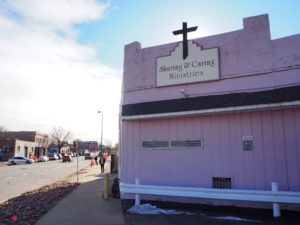 Half the proposed development would replace the Sharing & Caring Ministries building in the 3700 block of North Downing Street. (Thomas Gounley)

The second part of the project would be built across Downing Street from the triangular block.

The plans call for an eight-story building with 229 units on a 0.79-acre portion of the southern end of the block. Multiple individuals and entities own parcels that make up the site.

Combined, the two buildings would have about 7,800 square feet of retail space and 183 parking spaces. Shears Adkins Rockmore Architects drew up the project plans.

A Transwestern executive did not respond to requests for comment. The company has commercial brokers in Denver, but most of its development activity has happened elsewhere, largely in Texas. An online portfolio of its development work lists only one Colorado project, a build-to-suit industrial building in the Denver area.

Two projects are under construction on the Downing Street side. Zakhem Real Estate Group is building a 58-unit apartment building and six for-sale townhomes, while Sage Hospitality, Walnut Development Partners and Exdo Development are developing a seven-story hotel. 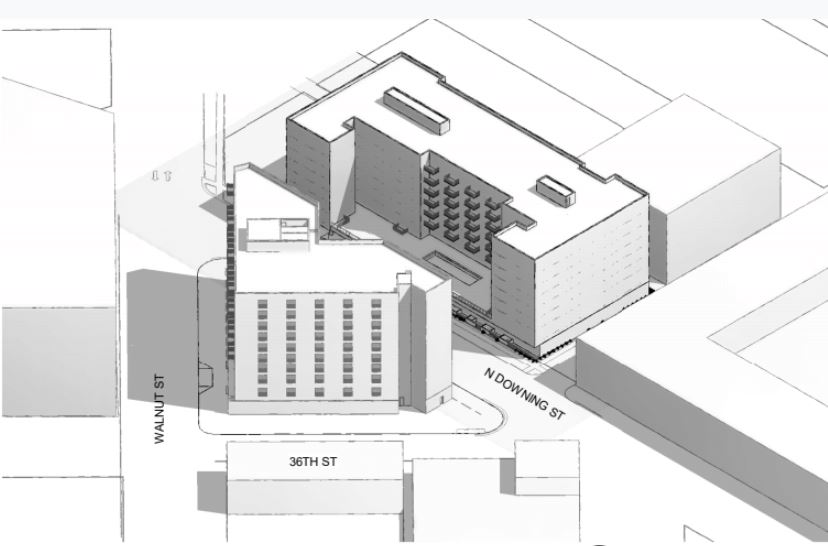 A drawing showing the general scale of the development. (Public records)

Combined, the structures would have 380 units.